The best way to find out if you can trust somebody is to trust them.

At a discussion on the characteristics of modern agile organisations, a chief people officer asked how psychological safety could be created in the workplace. In the moment an answer eluded me. The topic came up again as I started to write about freeing up time to create organisational agility. How do you explain something so fundamentally important and yet intangible?

What has this got to do with the cloud? Everything. While sources of guidance on the technological aspects of the cloud abound, including my colleagues’ recent book, the mental shifts required to achieve true agility are too often underappreciated or ignored. Psychological safety is the foundational prerequisite for agile behaviours such as experimentation, speed, and autonomy. Using the cloud without initiating a behaviour change can be somewhat beneficial. Combine the two, though, and you can give your business a new lease of life through improved agility.

It is unfortunate that many failed transformations have the lack of perceived safety as a major contributory factor. Our ingrained fight-or-flight responses are triggered by the absence of trust. Consequentially organisations lose out as problems are hidden, learnings ignored, and new ideas remain unsurfaced due to a fear of the reaction they will generate. In contrast, environments that allow employees to bring their whole selves to work unleash untapped talent and energy. Here I share three assumptions we make as leaders that undermine psychological safety and what we can do about them.

Firstly though, how do you know this safety exists in your organisation? I look for active participation from all team members with the leader bringing in those who are more reticent. High levels of passion and energy are exhibited; people engaging with the discussion during a meeting rather than catching up on their email. Difficult topics are surfaced without fear of sanction and robustly debated. The highest performing teams I led or worked in saw debates as a constructive sport between each other, rather than personal squabbles to gain the boss’s favour. More questions were asked than statements made. Scores in commitment surveys increased. If you don’t see these behaviours, seek to understand why before launching into any transformations.

Assumption: I Trust My People 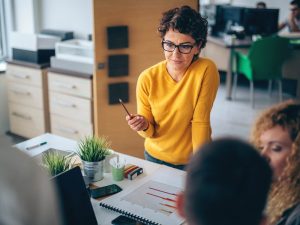 A 2018 Deloitte study revealed that 59 percent of surveyed CEOs believed they gave their direct reports autonomy, while only 50 percent of this subset of reports agreed. Why? One reason can be the presence of classic leadership derailers: if the subordinate makes a mistake, they are berated or “given” the answer rather than coached. In return employees are less likely to propose bold new ideas and, more dangerously, simply stop contributing at the level they could.

Leaders require high levels of emotional intelligence to address this. Unless in a crisis situation, if you are looking to create more self-sufficiency in an organisation, fight the urge to direct and to give answers even if asked to do so. Stop feeling that as a leader you need to add value by making suggestions which are invariably taken as direction. The folks closest to the proverbial action are more likely than you to be able to discover a good or great answer if encouraged to do so. Strive to ensure that your team understands the bigger goal and what success looks like, repeating this regularly. Bring clarity on the guardrails your teams need to work within, and recognise those who are stepping up and demonstrating leadership.

As for the other 41 percent of CEOs who are not creating autonomous work environments, I would appeal to them to understand whether their leadership style is sustainable particularly in businesses that are undergoing significant changes.

Assumption: My Team Wants to Be Autonomous 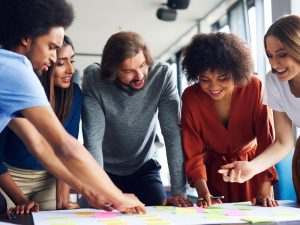 The previous assumption does not paint the full picture. Employees can also shy away from being autonomous. Most commonly this is because there is a fear in making the wrong call. Individuals can revert to looking for the comfort of their leader to make the decision. Risks in this case can be as simple as which feature to build from the backlog next or, bizarrely, what food to order for the department meeting. Our modern-day bureaucracies can build a culture of dependency on hierarchy, shielding individuals from decision-making and disengaging them from feeling they own decisions. Consequently, passion is constrained, learning stunted, and poor decisions perpetuated. Agile itself has been recognised as a source of stress, demanding constant social interactions, encouraging feedback, and expecting continuous decisions.

Consider several mechanisms to help here. Ensure teams have the opportunity to spend time together to go through the normal forming-storming-norming process, and that they make time to reflect on what is and isn’t working. As a leader ensure you recognise their successes, even when decisions did not work out as planned but the team learned from the experience. Social proof is a powerful change agent. Finally consider providing coaching to the team through external help such as scrum masters or professional coaches.

Assumption: I Am Trusted by My Team 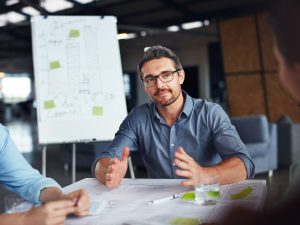 In their HBR article, Frei and Morriss discuss three defining elements of trust: authenticity, logic, and empathy. Do your team members believe they are working with the real you or a façade? Can they trust that your technical and business judgement is sound? Do you understand and care for your team? People are good at spotting the dissonance between what leaders say and what they do.

I’ve used a more digestible form of Myers-Briggs called Insights multiple times to help team members and me understand preferences when it comes to thinking and participation styles. It is a simple tool that results in each person having their dominant styles described as colours, providing a common language that is particularly useful when forming new teams or creating new operating norms. For instance my dominant style is “red”: I prefer individuals to get to the point quickly. Contrast this to a “blue” who wants to hear how an answer was derived through data and details. Be cautious, though, of turning insights into stereotypes.

According to Myers-Briggs I’m also an introvert. It is just a reflection of how I like to process information. For this reason I’m drawn to the Amazonian way of writing narratives, six-page documents describing an idea or need with empirical data which everyone spends the first twenty minutes or so of a meeting reading in silence. Afterwards feedback is shared with the leader speaking last. I’ve found this to be an excellent way of ensuring everyone puts their titles aside, and replacing dominance as a decision-making process with data.

A clear make-or-break area for building trust is what you say. Speeches, throwaway remarks, and nonverbals that mean one thing in your head are often misconstrued by others. Who inside your trusted circle can give you feedback on how your messages and behaviour are being received? During times of change (isn’t that all the time now?!), use these communication opportunities to be realistically optimistic, to demonstrate vulnerability, to recognise others, and to be empathetic. Critically, treat your employees as participants in a change, not targets of the change, and be honest with them.

None of this advice implies that old styles of management are no longer valid. Rather, it’s about consciously picking the right style for the right situation

Change is verb. It is reliant on others coming with you. To do this means that often the one person who needs to be most conscious of their behaviour and how it is perceived is you.