Surviving Digital Disruption: Resilience in the Face of Change

The oak fought the wind and was broken, the willow bent when it must and survived.
—Robert Jordan

“Survival” is a reoccurring word in the lexicon of change management. It implies a fight to the death, an existential mission against overwhelming odds and adversary. It’s not a bad metaphor for what we call digital transformation or, more aptly in many organisations, digital disruption. There is another perspective, though, which we talk less about: how do we as technology leaders survive and thrive when everything around us is so uncertain?

I half-jokingly used to say that the leadership attributes I valued were persistence, resilience, and humour. On reflection, these are as important to CIOs as traditional functional skills. I would even argue that they are more critical during periods of transformations, and have a longer shelf life. After all, your teams look to you for reassurance and direction as they navigate their own transformation.

Am I right in my assertion that digital transformations differ psychologically from many other changes we’ve been through? The gradual penetration of technology into businesses over the last few decades has generally been geared towards increased efficiency through automation: P&Ls moved to spreadsheets, web-enabling job application forms, and so on. In contrast, “digital transformation” brings a deeper dislocation between how you have successfully operated as a leader and what is required of you in the future. This can be compared to, say, the introduction of electricity. Its first iteration was just a more efficient way of creating candle light (like the Information Age), but later fundamentally revolutionised industries and society (like the Digital Age). Disruption hits you as a combination of often unrealistic demands, changes to ways of working, demands for new products, and a need to bring the entire business on a journey, all while keeping the existing systems and processes running in tandem.

So how can you maintain your sanity in these turbulent times?

I’m an advocate for hiring good people and letting them get on with the job with the right support. While conceptually sensible and easy, the alpha leaders in us often get in the way of this, trying to be decisive in areas of little knowledge and applying old models to new issues. Servant leadership doesn’t sound, well, like leadership. I imagine this is what it feels like to be a CEO: burdened with high expectations, and highly dependent on others, but unfamiliar with many of the details and with seemingly little direct control.

Digital transformation is fundamentally about evolving culture, supported with contemporary technology and methodologies. You need fewer project managers and more product owners. Teams that funnelled information and decisions to you through steering committees are now more dotted-line and independent. Team members who owned but a sliver of an initiative’s software development life cycle now have to care about architecture, support, and business outcomes. The same individuals go from being able to say “I’m following orders” to having to make decisions which, often, might not be right first time. Sometimes we forget how discomforting this was in our own history. Being visibly empathetic helps others to flourish 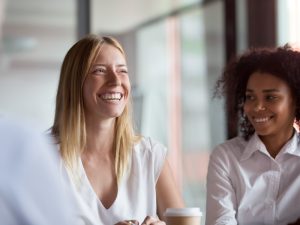 and to mirror this behaviour.

Years ago at McDonald’s, I changed the metric of success as we started to globalise certain applications. Rather than being rewarded for building products, teams were rewarded for product adoption. It shifted mindsets from beautifully architected but unused solutions to a much more customer-focused approach. It was a learning experience. It created angst in a federated, franchised organisation where many people could veto the deployment of a new initiative. Ultimately we succeeded, but a psychologically safe space had to be created for teams to experiment, learn, and improve. If they are scared that you or other leaders will take punitive action, or that they will be seen as less valuable, your culture becomes a quagmire.

Demonstrate your own vulnerability. I don’t mean that in the interview way where, when asked to describe a weakness, you use it to covertly demonstrate a strength, like saying “I didn’t understand architecture but my amazing ability to hire and motivate people who did saved the day.” By genuinely being seen as competent but vulnerable, you achieve two things: You create a safe environment that enables others to talk about their concerns. Once the concerns surface, they can be dealt with. It’s also a safety valve for you. Pretending to be something you are not—for we are all vulnerable and fallible in some ways—is mentally taxing.

Be curious rather than combative. You might also call this humbleness. We’ve all met or worked with bombastic leaders. Their certainty and drive are somewhat reassuring but don’t encourage a learning environment. One example would be what we call the “false comfort of linear planning.” The idea that you can set a three-year plan and then march predictably towards it is nonsense in most industries. Setting a hearts-and-minds vision and outcome, and then iteratively moving towards the goal while tweaking the plan and the outcome based on emerging learnings, is a pragmatic and more realistic approach. To paraphrase Jeff Bezos, be stubborn on the vision but flexible on the details. Don’t be that leader who is falsely confident in their own decisions.

There is a breed of leaders who believe a combination of past successes and personal reliance is the recipe for future success. It’s not a formula I bet on, or one supported by management studies. 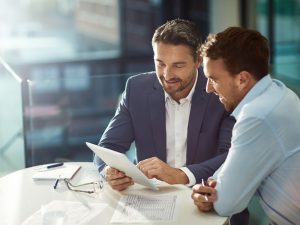 In growing as leaders, it’s easy to myopically believe that everything good that has happened is down to you, just as we often blame career bumps on external factors. The view of the leader as the expert, the person who has seen-it-done-it, the wise counsel on whether to turn left or right still has some validity depending on the function you work within, but less so today for CIOs. Like most, the reality of my career is a combination of skill, respecting people, tenacity, curiosity, and luck.

Trusted advisers help me stay grounded. They are normally a mix of individuals, often people who don’t know that they are playing this role. Some bring empathy and solace from having gone through their own transformations, and thus are good sounding boards for ideas. Some have known me for a long while and can point out stress points before I can see them. Others are old colleagues who are worldly wise. Some might prefer a more formal mentor, whether through informal networks or even through the various industry bodies we have access to. Finally there are those at work: your trusted lieutenants or peers whose only agenda is seeing the teams and company successful. Ultimately you need to make a call on who you can trust and which piece of your personal jigsaw they can be. I have grown to be appreciative of one role in organisations: that of the organisational or strategic change management lead. They are, through training and personality, masters of understanding organisational and people politics, and how to effect change. Unfortunately, these individuals often get confined to putting your PowerPoints together.

Reflecting on my old enterprise roles and the customers I now meet in my Strategist role, there are an awful lot of people who are going through transformations. Advisors and those who understand how people work can be great learning accelerators for you. It’s certainly reaffirmed to me the importance of professional networks. 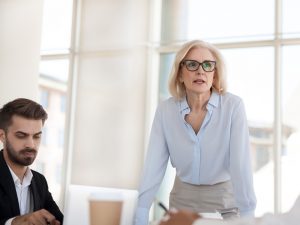 Our default wiring as humans is to look for data to confirm our biases and to cling to the status quo, the root of many historical political and social issues. As leaders, we need to differentiate between what needs to change in an organisation and what shouldn’t. We often focus on communicating the “burning platform” for change, but companies that disregard their past are as equally likely to fail as those who hang on to the past.

I prefer to emphasise three perspectives equally: foundational elements that can be built upon, past successes, and what needs to change. Doing so helps avoid being overwhelmed by the scale of the change and reminds people of how they have successfully driven change previously, despite the hurdles that they faced at the time. Remind yourself and your team of the strengths of your organisation, whether people, brand, capital, access to customers, or specific systems. As my colleague Miriam McLemore says, think big, start small, and celebrate often.

Take Care of Yourself

It should go without saying, but rarely does, that an unhealthy person is an unhealthy leader. Being unhealthy ultimately casts a shadow over your team, undermining the very initiatives that you 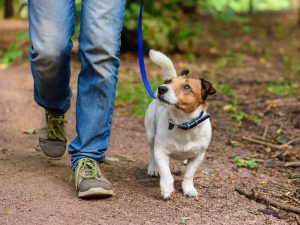 worry about. Your energy and vitality directly affect your team. Invest in your physical, mental, and spiritual health. It’s not easy given the mind-boggling variety of contradictory advice. Having sat through one CIO seminar on health and wellbeing, it was a good reminder of the basics of exercise, healthy eating, and sleep. Dr. John Briffa’s book A Great Day at the Office is a good read here.

Taking care of yourself also means intellectually. Transformations are wonderful opportunities to learn. Much of what you do will be experiential. Some of your challenges will be as simple as learning a new technology paradigm. Here too you will cast a shadow. If you want your team to learn, you must first be seen as a learner. Instead of treating problems as threats to your ego, treat them as learning experiences.

In today’s volatile environment, your personal resilience and approach to change are major determining factors for your team’s success. If you are self-aware and tend to others’ fears and concerns, you will see your team flourish.