Failing & Creating a Culture of Learning 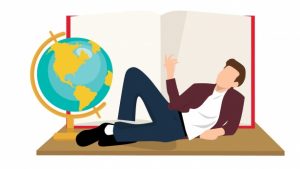 A customer recently asked me how we introduced the concept of “failing forward” at Cox Automotive. It is a change many enterprises are working to implement, and it caused me to step back and reflect…How do you transition an organization’s culture to embrace failure?

Allow me to clarify what I mean by “failure”, because certain failures should be embraced while others…punished. For example, failing in the same way over and over again is not only unproductive, it means we are repeating mistakes and should not be celebrated or allowed to continue. When you hear people say “fail forward”, “celebrate failure”, or “fail fast”, what they really mean is, “something went wrong and we learned something meaningful.” And, speed matters, “fail fast” is about learning as quickly as possible. If something is going to fail, we want it to happen as soon as possible to avoid wasted time and money. With all of these phrases, we are celebrating the fact that we failed and learned and no one got hurt in the process. It was an acceptable series of events because we moved forward and became better as a result.

In the 2015 letter to shareholders, Jeff Bezos wrote, “I believe we are the best place in the world to fail (we have plenty of practice!), and failure and invention are inseparable twins. To invent you have to experiment, and if you know in advance that it’s going to work, it’s not an experiment.” He later wrote in the 2018 letter to shareholders that,

“As a company grows, everything needs to scale, including the size of your failed experiments. If the size of your failures isn’t growing, you’re not going to be inventing at a size that can actually move the needle. Amazon will be experimenting at the right scale for a company of our size if we occasionally have multibillion-dollar failures. Of course, we won’t undertake such experiments cavalierly. We will work hard to make them good bets, but not all good bets will ultimately pay out.”

This is an important public recognition and something we recognize as investors: “failure and invention are inseparable twins…not all good bets will ultimately pay out.” We cannot meaningfully succeed without also failing along the way. This is important to remember as a leader, not just an investor.

I have seen enterprises tackle innovation in different ways. Some build an innovation lab off to the side that often has different skill sets and follows different processes than the rest of the business. Others build innovation into their normal practice. Some do both. At Cox Automotive, we had a mix of these models. For big, risky experiments or new opportunities exploring adjacencies, we broke off from the norm and worked to optimize our people, processes, and technology for the specific problem we were trying to solve. For our in-market product lines and internal IT, we implemented SAFe (largely Scrum at the team level) and made space in our delivery practice to experiment with new features, new products, and new business models. We created transparency in our delivery process to communicate where we were spending our time, how our experiments were going, and how we were doing against our plan; which included how much we were learning along the way compared to what we thought up front.

A simple way to accomplish this (ok, it’s not that simple) is to commit to a quarter’s worth of work with an allocation strategy toward innovation, in-market product feature improvement, maintenance, or architectural improvements. At the end of the quarter, you can look back and examine what changed along the way, what you discovered, and how that impacted your plan. Beyond providing transparency, this practice also provides an opportunity to demonstrate to the organization how much leadership values learning, experimentation, and risk taking. At Cox Automotive, if a team developed a plan and consistently hit 100% of the plan each quarter, then we knew something was wrong. Either the team wasn’t taking on enough work, taking enough risks, or they weren’t experimenting enough. We aimed for 80–90% because we knew that the only way to hit 100% consistently was by sandbagging. If you reward sandbagging, you are discouraging failure…and learning.

With experimentation comes risk…and with risk comes reward. It is important to remember where our businesses came from and the sacrifices made to get to this point. I’ve yet to meet a founder of a company who built a successful business and did so by being conservative, avoiding risk, and avoiding failure. It is your duty to continue to experiment and take risks on behalf of your customers. By embracing experimentation and testing ideas to determine their value, validity, and viability, you can change the way the organization approaches innovation and begin the first shift toward building a learning culture.

There is another type of failure unrelated to experimentation that is (hopefully) smaller in scope and impact but occurs more frequently. These failures can be anything from downtime resulting from human error, or performance issues from a lack of testing or understanding, or gut decisions that are incorrect. I would categorize these as preventable mistakes and unpredictable situations; things that in hindsight or with more experience are avoidable. While this category of failures can be harder to stomach, they provide the greatest opportunity to shift your culture. At Amazon we say “there’s no compression algorithm for experience” and that is because you just can’t learn certain lessons until you’ve experienced them for yourself. The key is to learn the lesson and not repeat the mistake.

Culture is the result of the way people act, how they behave, a group’s shared values, and ultimately the vehicle through which the group holds each other accountable. Which means that the environment you have today was created by your people, and it will take your people to change your culture. Failing forward is about creating an environment where it is safe and broadly accepted to learn and experiment and admit you do not have all the answers. To learn and experiment, we must embrace failing as a core part of the journey from idea to success and from naivete to maturity. Let’s explore how to shift your culture toward a culture that embraces and rewards learning.

While grassroots movements can be successful, as a leader trying to create lasting change, it must start at the top and permeate throughout the organization. As my colleague, Mark Schwartz, discussed in his recent two-part AWS blog post about the frozen middle (referring to middle management), in order to change behaviors and get teams and managers bought into the change you have to change how people are measured and how they are incentivized. After all, the team will look to leadership for signals about the change. Is leadership committed to seeing the change through? Is my leader bought in? Is my leader changing her behavior? I have found that the best way to lead through change is to lead by example. When things get hard, it is critical, in that moment, to embody the change you seek. It is easy to fall back on what you know, on old habits; resist the urge, demonstrate your commitment to the change, and choose the right path for the benefit of the team and the change. What feels like small decisions or little moments will serve to fuel the change more than you might realize.

How do you evolve the values the group has adopted over the years towards a culture that embraces and rewards learning? Start by revisiting what is valued today and be sure to dive deep. This is more than just what we have written down as part of the documented culture. How are people incentivized? What is considered when making promotion or compensation decisions? What behavior does that drive? How does your organization define success in your processes and delivery measurement? What does all of this say about what is valued at your company? How does that align to what you truly value? What do those values tell your team about failure and learning?

Understanding what you value will allow you to shift how the organization handles failure, prioritizes learning, and celebrates and rewards people for doing both. Accountability is an important tool to drive change in behaviors, and what you measure says a lot about what you value.

We can hold people accountable through praise and reward for the things we want to happen and use correction (or punishment) for the things we don’t want. While you should seek to measure things that drive the behaviors you want and avoid vanity metrics that simply count things (impact matters!), it doesn’t have to be that hard in the beginning. We started by hosting lunch-and-learn style events to showcase how we failed (preventable mistakes and unpredictable events) and what we learned from it. Culturally, that was a great way to demonstrate that the person wasn’t in trouble for the failure…unless you think talking in front of others is a punishment, I suppose. It was an easy way to share the learnings we obtained and helped us avoid repeating our mistakes. And, lead by example…find a preventable mistake or unpredictable event that leadership was responsible for and share that. We’re all in this together, no?

I believe that creating transparency in your organization and as a part of your change will help the change flourish. Often times, the hurtles we face are a direct result of fear, uncertainty, and doubt (FUD), and FUD is often present when facts are missing and when communication gaps exist—assumptions are made and a different truth is adopted. As leaders, we should get in front of this issue and fight FUD with transparency and by modeling the behaviors we seek others to take on. We can create a culture where learning is rewarded and celebrated by demonstrating, measuring, and valuing learning—openly and in a timely manner. Make it known that what happened has made you stronger and make sure your public message matches your closed-door conversations.