These days it seems like artificial intelligence and machine learning (ML) are being applied to everything. From the most advanced tech companies in the world to smaller startups, the once nascent technology has broken through into the mainstream to power countless products and services that we all use each day.

The popularization of ML has naturally led to some foundational questions being asked, with a main one being “How do these algorithms work and what influences them?”. Fiddler, a startup based out of Palo Alto, is working to enable companies to easily answer just that question, per founder and CEO Krishna Gade.

“One of the biggest problems we’ve seen while operationalizing these technologies is a significant lack of trust between those who build the models and those who leverage the model outputs for day-to-day business. There’s also growing concerns around potential bias and discrimination creeping into models. That’s what we’re looking to fix with Fiddler by helping companies bridge the gap of trust and literacy between data science and business teams.” 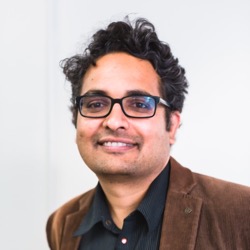 Gade, a 16-year veteran of the tech industry, saw this problem first hand as an engineering manager working on the Newsfeed at Facebook. He joined in November of 2016, right in the midst of perhaps the most controversial U.S. presidential election in history. Social media played a huge role in each party getting its message out and questions were swirling around how certain posts were being programmatically surfaced on the platform. Gade and his team were tasked with unbundling years of complex ML models that all contribute to what is surfaced in each user’s newsfeed, with the end goal of being able to easily explain how it all worked.

After successfully launching a customer-facing feature called “Why am I seeing this?” Gade turned his attention to launching a startup to productize that process for everyone. If Facebook, one of the most advanced technology companies in the world, previously didn’t have a solution built, it seems unlikely that many others would.

So Fiddler was born, a platform that makes it easy for companies to explain how their ML algorithms work and what influences them, adding transparency to a process that historically has been anything but.

“Some of the strongest entrepreneurs today are people who have seen a problem in their previous role, begun to solve it, and now want to solve it for the world. That’s exactly what Krishna’s team at Fiddler has done,” says Allie Miller, US Head of ML Business Development, Startups and Venture Capital at AWS.

A main focus for the team has been the idea of “pluggability”, according to Gade. “We wanted to make sure our platform was as easy to use as possible for our customers. For us, that means allowing them to plug into Fiddler regardless of what type of ML workflow they use. From Amazon SageMaker to PyTorch and open source technologies, our system was built to accommodate it all and enable customers to easily export models and get these insights around monitoring and explainability.”

Fiddler’s integration with SageMaker isn’t the only connection the company has with AWS though. The two-year-old startup’s entire backend is built using various AWS services as well. “We started our journey on AWS and have relied heavily on its breadth of services as we scaled,” says Gade. “Our team makes use of the core services, like Amazon EC2 and S3, along with others such as Amazon Redshift and Aurora for scalable databases, and elastic load balancers to make sure we’re minimizing the time needed to manage operations for both ourselves and customers.”

With the expansion of ML use cases, Fiddler’s potential customer base is seemingly endless in the technology space. That said, the company has seen solid adoption within the financial services and recruiting industries. The former is heavily regulated, with banks needing to be able to easily explain how and why they’re applying ML models to their various business units. The latter use case is more focused on identifying biases: when using AI to screen applicants, you want to make sure the models are treating everyone in an equal manner.

Looking ahead, Fiddler appears well positioned to take advantage of the continual spread of ML throughout society. As the technology’s applications and influence grow, the ability to explain “why and how” they operate will only become more important.