Cloud for a Cause: How Clear My Record Helps Californians Reintegrate into Their Communities

Imagine being denied opportunities for housing, education, employment, and other basic necessities because of something on your criminal record that is no longer a crime.

Say you were charged for marijuana possession 10 years ago, in a state such as California where it has since been decriminalized. Your marijuana possession charge should clear immediately following the changes in legislation, but the law doesn’t demand it and the criminal justice system is not equipped with the tools to update your record.

As a result, the charge continues to appear on your background check, keeping in place barriers to achieve a self-reliant life.

Haunted By a Blemished Record

Tens of millions of Americans struggle with this plight every day. In California alone, hundreds of thousands of previous marijuana offenders are haunted by a blemished record, even after the passing of the Adult Use of Marijuana Act, or Prop 64, in 2016.

Prop 64 not only legalized recreational marijuana for persons aged 21 and older in California, it also allowed previous offenders to petition for retroactive clearance or resentencing.

The petitioning process for record clearance is complex and costly, however. Between court fees and legal terminology, it can be intimidating to navigate, and hiring legal counsel can be prohibitively expensive. In addition, many Californians remain unaware of the rights granted to them by the new proposition.

Almost two years after the passing of Proposition 64, only about 6,000 filings—a tiny fraction of all marijuana convictions in the state—have been reported.

To help solve this challenge, Code for America, an AWS Partner Network (APN) Standard Technology Partner, saw an opportunity to provide much-needed guidance to petitioners through Clear My Record, a free service available to individuals in several counties in California.

Figure 1 – Clear My Record is a free service available to individuals in several counties in California.

Through a mobile application, the service asks the record clearance applicant to complete a form and upload images of their criminal records. Behind the scenes, Clear My Record’s automated record parsing technology uses optical character recognition (OCR) to read the records, determine if a particular record is eligible for clearance, and then connects the applicant with a public defender.

The free service has enabled nearly 10,000 people to initiate the process of criminal record clearance since launching in 2016, moving their hopes of fully reintegrating into society close to reality.

The government needs technical enablement to speed up and scale record-clearing processes, and the solution needs to work. In partnership with district attorneys throughout California, Code for America has shifted their focus on building Clear My Record (Automatic), which removes the need for people with past convictions to manually apply for record clearance.

Clear My Record (Automatic) also does large-scale readings of criminal records within a jurisdiction and determines which ones are eligible for clearance. Once it determines a record is eligible, it automatically completes the required legal forms to start the clearance process and submits these forms to the court.

Clear My Record (Automatic) started piloting in May 2018 with the goal of providing automatic relief for eligible convictions in five counties in California, and to lay the groundwork to expand nationally. 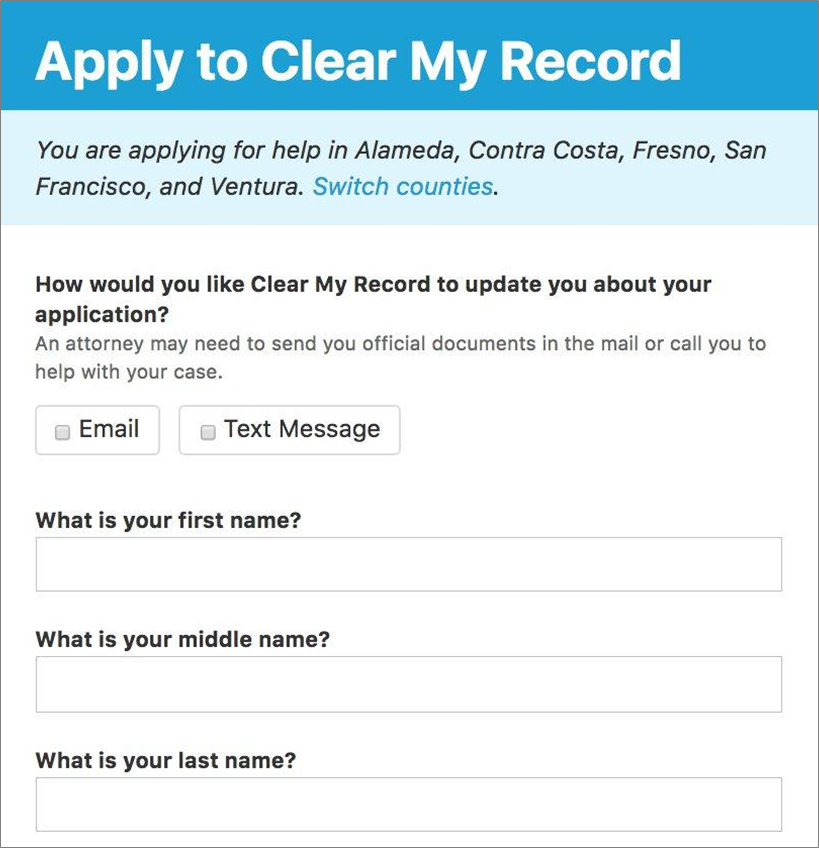 Figure 2 – Clear My Record connects petitioners with a public defender to help them dismiss or reduce convictions.

In the consumer space, the digital age has dramatically reshaped the overall customer experience. Conveniences like fast and consistent service, and the ability to interact with business touchpoints in real-time, are no longer luxuries. These are now expected standards that businesses employ to meet customers’ needs and to succeed at keeping up with the competition.

The same tools can improve the public sector’s capabilities to better serve the needs of the people, and to do so without delay. With Clear My Record (Automatic), the government can quickly evaluate record clearance eligibility at scale and eliminate unnecessary legwork by their constituents.

According to San Francisco District Attorney George Gascon, “When the government uses 20th century tools to tackle 21st century problems, it’s the public that pays the price. California has decriminalized recreational cannabis use, but a marijuana conviction continues to serve as a barrier to employment, housing, student loans and more.

“With the development of new automation technology, government now has a cost-effective tool to clear old marijuana convictions and give people a meaningful second chance. The issue is no longer whether government can expedite, streamline, and automate these processes, but whether it will.”

The ability to be agile and innovate fast is important for Code for America and their mission to effect a “delivery-driven government” in the modern age.

The nonprofit organization consists of technologists, advocacy leaders, and a network of volunteer Brigades in various local communities nationwide, who are building digital services to improve the government’s ability to enact the voters’ will and serve the needs of the people, particularly those who are most vulnerable.

By leveraging the principles of cloud computing, Code for America’s developers can leave the heavy undifferentiated lifting of many of the underlying technologies they need to AWS.

With services like AWS Elastic Beanstalk for deployment, Amazon Simple Storage Service (Amazon S3) for file storage, Amazon CloudWatch for monitoring, and AWS Identity and Access Management (IAM) and AWS CloudTrail for account access control and auditing, they are focused on delivering a solution that helps many get a second chance at life.

After helping 10,000 people with the first version of Clear My Record running on AWS, the Code for America team knew AWS would be the right environment to move the new Clear My Record (Automatic) forward at a fast pace as well.

“With AWS, we were able to get our pipeline running in about three weeks,” says Paras Sanghavi, one of Code for America’s senior software engineers. “Without it, I think it would have taken us closer to two or three months to build and test our own logging and auditing systems.

“Security is a major deal in this project, and AWS let us jump start a lot of the process,” Sanghavi says. “By relying on IAM roles and CloudTrail, we’re able to meet CJIS security standards since we’re able to provide very refined access controls and audit trails around the resources people have accessed. This has saved us a lot of time, since developers did not have to build logging pipelines themselves.”

The Clear My Record (Automatic) service is also a great example of how Code for America’s belief in the AWS value proposition allows them to engage governments in technological possibilities that never existed before.

Clear My Record (Automatic) is currently running entirely on-premises in its initial pilot counties at the recommendation of the California Department of Justice, due to privacy and security concerns regarding any cloud solution.

However, Code for America is optimistic that AWS’ CJIS-compliant capabilities and the infrastructure they have been able to build on AWS will open the door to discussing the possibility of moving the service to the cloud in the future. If successful, this will be an important step toward scaling the service to the rest of California and across the country.

Perhaps even more importantly, it will provide a proof point for others to follow for how to transform the way government delivers services to those impacted by the criminal justice system.

This type of discussion is planting seeds of innovation that have the power to fundamentally change the way the government conducts business in the years to come.

Learn More About Code for America

With Clear My Record, Code for America presents a blueprint for record clearance, not just in California but across the United States. By building on AWS, they have the ability to innovate and iterate quickly and continue to enhance this blueprint constantly.

With 64 percent of Americans now favoring cannabis legalization, such innovation is critical for holding government officials accountable for evolving their operations so that they can effectively implement the will of the people.

To learn more about how Code for America is helping to enact justice at scale, visit Clear My Record.

Code for America is an APN Standard Technology Partner. They bring together public servants, technologists, entrepreneurs, and more to tackle tough challenges and make government work in the digital age.

*Already worked with Code for America? Rate this Partner