Elastic workflows and studio in the cloud at SIGGRAPH Asia 2019 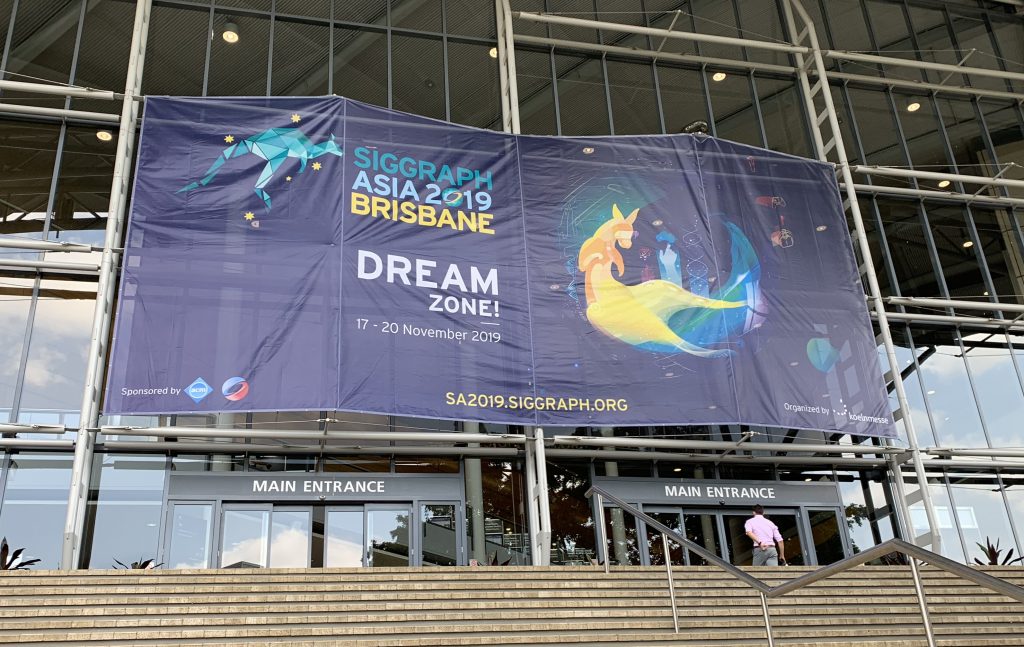 Rendering, whereby a scene file of data is processed to become an image, is integral to visual effects and animation. It’s the compute-intensive process that allows an artist to see the final result of their efforts, instead of a low-resolution approximation. As a company founded by visual effects (VFX) practitioners, AWS Thinkbox has long focused on optimizing the render process with Deadline compute management software. Typically, extensive compute hardware is needed for VFX and animation rendering, and the efficient management of those resources can greatly benefit studio productivity and its bottom line. However, managing physical resources comes with additional considerations. Hardware is a depreciating asset and requires a sizable upfront investment; it also requires a properly equipped space, with enough power and cooling. Furthermore, it’s practically impossible to scale on short notice. Many of these factors are motivating creative studios to reduce or eliminate on-premises farms and instead use the cloud for rendering. And as studios make these shifts, they’re able to continue using Deadline, both in hybrid and full-cloud setups, allowing for more elastic workflows.

I recently spoke on the topic of AWS-powered elastic workflows at SIGGRAPH Asia, an annual computer graphics conference that was held in Brisbane, Australia this year, and afterwards connected with industry colleagues about how workflows are changing with the rise of cloud-based technology. Many of the attendees I spoke with didn’t realize that virtualized workflows on AWS are both highly functional and can be achieved economically, so it was fun to open their eyes to the possibilities that now exist.

With the massive demand for content these days, there are more projects than ever requiring digital artistry. When creative studios are tied to physical resources, they essentially have three choices: turn down new work, buy more hardware, or sacrifice quality. If they become cloud-enabled, it’s an entirely different story. VFX studio FuseFX was able to create a nearly eight-minute long space battle for “The Orville” television series in eight weeks. By comparison, visual effects for feature films often take years to be fully realized, so the fact that FuseFX was able to deliver “Star Wars”-caliber visuals on the far more compressed timeline of episodic television is truly remarkable. Using a combination of on-premises hardware and Amazon Elastic Compute Cloud (EC2) Spot Instances, with Deadline managing the resources, FuseFX completed 100K hours of rendering, including more than 100K independent versions of the project’s 228 VFX shots.

When Deadline first supported cloud-based rendering more than five years ago, we assumed that studios would use those resources to handle production peaks. Render workloads are typically spiky and rarely consistent. What we found though is that once studios were able to intuitively access the cloud, they were using the increased capacity to run more iterations, not just burst render. They could control how quickly they received results so artists would spend less time waiting and more time creating. We’ve seen customers scale their on-premises farm 10x or more using AWS, and that capacity leads to new ways of working, especially when Spot Instances are used. Spot Instances are well-suited for rendering workloads since they are generally fault tolerant. They provide EC2 infrastructure at up to 90 percent cost savings and are rarely interrupted. The principles of elasticity can now be applied through the entire content production pipeline by using Studio in the Cloud, with virtual workstations, storage, and rendering all running on AWS.

Similar to the benefits of cloud rendering, virtual workstations enable studios to scale their talent pool. They can easily create pop-up departments as needed, tapping a global workforce on a permanent or temporary basis. Only a thin client is required to tap into the vast resources of AWS, meaning dated and/or low spec hardware can be used to create even the most complex work with imperceptible latency so artists maintain the same experience as if working locally.  Virtual workstations also reduce studio overhead and investment risk by removing the associated costs and physical footprint that come with operating local machines, and by having virtual machines, artists can easily make adjustments to their hardware based on project requirements.

On the virtual storage front, Deadline continues to support infrastructure flexibility, linking into many Amazon and partner solutions out-of-the-box including Amazon Simple Storage Service (S3), which syncs to Amazon Elastic Block Store (EBS), as well as file systems such as Qumulo and Weka.IO. Additionally, Amazon FSx supports Lustre and Windows File Server file systems. This interoperability ensures studios are able to work however they choose, backed with the power and scalability of AWS.

UK-based outfit Untold Studios was among the first to deploy a fully virtualized creative studio workflow using AWS and has continued to grow since its launch in fall 2018. Its approach has proven inspirational for new and established studios alike, and we’ve since helped a number of creative studios implement Studio in the Cloud workflows on AWS to great feedback. The fact of the matter is cloud is transforming digital content production, and AWS has the broadest and deepest global infrastructure footprint that is increasing at a significant rate. Studio in the Cloud was received with great enthusiasm at SIGGRAPH Asia 2019 (as well as SIGGRAPH in North America earlier this year), with undoubtedly more to come.

If you have questions about Studio in the Cloud or optimizing content production workflows with AWS, feel free to contact the AWS Thinkbox team.