Within AWS IoT fleet deployments, each connected device needs to have unique, trusted, verifiable identity, such as a client certificate signed by known certificate authority (CA) and the correspondent private key.

Device identity provides context to the data generated by the device. IoT Things are virtual representations of individual devices on AWS IoT that encapsulate its unique identity, certificate, authorization policy, and unique attributes.

IoT Things can be added to IoT Groups that logically group devices based on attributes such as location, firmware version, access level, or type. Each data point generated by a device is thus contextualized by its identity and logical grouping.

Device identity allows us to manage devices at scale. It’s important that an operational manager is able to find individual devices or a group of devices with commonalities. With AWS IoT’s Device Management Fleet Indexing, devices with a unique identity can be searched for based on connectivity status, grouping, or attributes. The results of these queries can be used to target devices for configuration changes, device commands, or over-the-air-updates.

A compromised identity could allow an attacker to spoof an IoT device, publish erroneous data to the Amazon Web Services (AWS), or gain access to device commands and over-the-air updates. AWS recommends that a hardware security module, such as a secure element or trusted platform module (TPM) be used on IoT devices when possible. Together with a strong IoT policy that uses the principal of least privilege, attacks can be minimized or mitigated altogether.

While we will not be able to go through all of the possible scenarios in this post, you can refer to the documentation included with the EdgeLock SE05x Plug and Trust middleware support package. NXP is an AWS Partner that enables secure connections and infrastructure for a smarter world.

AWS IoT Greengrass is an Internet of Things (IoT) edge runtime and cloud service that helps you build, deploy, and manage device software. Customers use AWS IoT Greengrass for their applications on millions of devices in homes, factories, vehicles, and businesses.

With AWS IoT Greengrass, you can program your devices to act locally on the data they generate, execute predictions based on machine learning (ML) models, filter and aggregate device data, and only transmit necessary information to the cloud.

IoT devices built using AWS IoT Greengrass have a number of advantages compared to those developed with the AWS IoT Device SDK for Embedded C (C-SDK). In general, AWS IoT Greengrass is more suitable for feature-rich IoT deployments that require edge processing, while constrained IoT devices are better off with C-SDK.

Data protection is essential for IoT applications, especially when it comes to user privacy. AWS IoT Greengrass authenticates and encrypts device data for both local and cloud communications so that data is never exchanged between devices and the cloud without proven identity.

In this post, we’ll go through the steps of setting up AWS IoT Greengrass with HSI interface, and safeguarding the AWS IoT Greengrass Core identity used for authentication MQTT over TLS communication between the device and AWS IoT backend. This post features AWS IoT Greengrass V1.11 and will be extended to V2 as soon as the HSI module is available.

If you choose to follow along with this post with hardware, at the end you’ll have a working device running AWS IoT Greengrass 1.11 connected to the AWS IoT Core services. The private key generated by AWS IoT Core CA will be injected into the SE050 secure element.

While any Linux-based device can work with SE050, we’ll be using Raspberry Pi SBC due to its popularity as a development platform and availability.

Please refer to Figure 1 below to assemble the “sandwich” from Raspberry Pi, OM-SE050ARD: SE050 Arduino Compatible Development Kit, and OM-SE050RPI: Arduino to Raspberry Pi Adapter Board.

It’s also possible to connect the development kit to Raspberry Pi with jumper cables if you are comfortable with electronics. 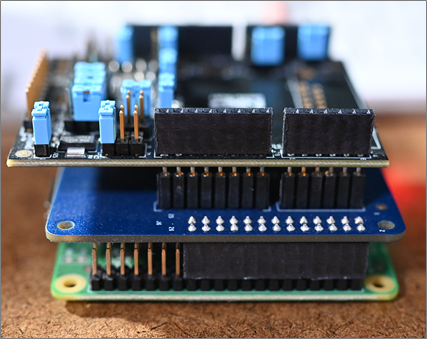 The following picture provides the reference positions of the jumpers on the SE050 development kit. Please make sure that J14 jumper is in 1-2 position(!) as our kit came with J14 in 3-4 position. 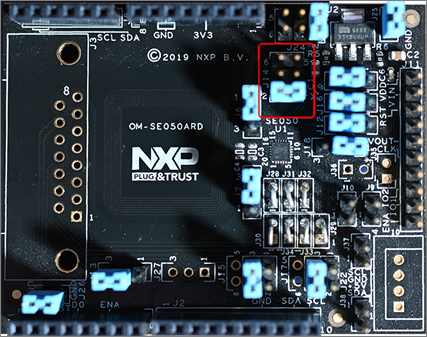 Next, insert the microSD card into your Raspberry Pi and power it on.

Navigate to EdgeLock SE05x Plug and Trust middleware and download it.

Save the ZIP archive to your workstation and transfer to Raspberry Pi (scp/sftp on Linux/Mac, WinSCP on Windows).

SSH to your Raspberry Pi:

You should receive output similar to:

In case you cannot identify the device at 0x48 address, verify your connections and jumpers.

If the build is successful, you need to configure additional components to install (PKCS#11 library for SE050, as PKCS#11 is an abstraction layer Greengrass HSI interacts with).

Follow the steps to provision Greengrass Group in the AWS Console.

Make sure you save the hash-setup.tar.gz archive with config.json, private/public keypair and certificate.

Transfer both archives to Raspberry Pi.

Next, extract the Greengrass Core software:

Extract configuration and cryptomaterials to /greengrass:

!NB Do not start AWS IoT Greengrass yet!!!

In case you are using your own CA and ECC keypair, the last command will be:

Delete everything except device certificate from /greengrass/certs directory:

In case you are experiencing connectivity issues, refer to the Greengrass Troubleshooting Guide.

Select the Greengrass Group you created earlier. It should display Not deployed.

From the Actions menu, select Deploy. 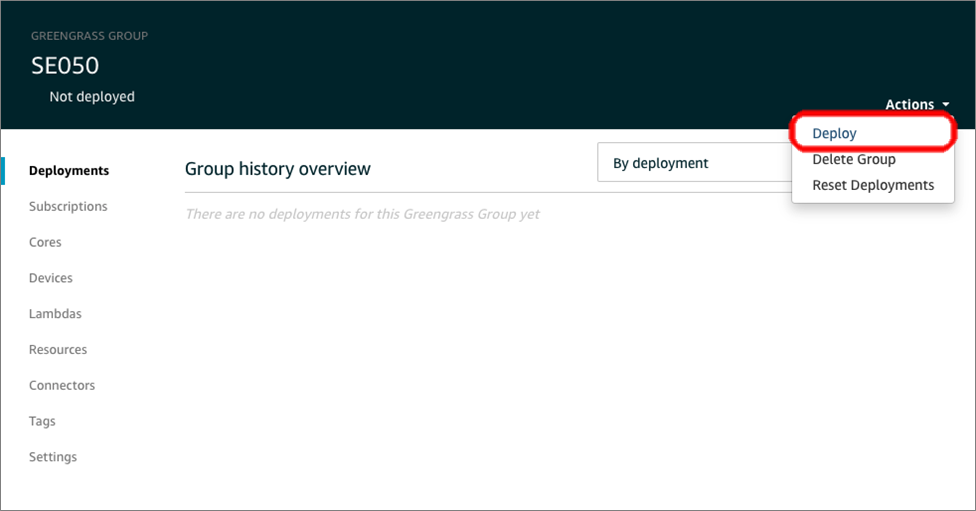 Provided Greengrass Core communicates successfully, you should see following message in the console: 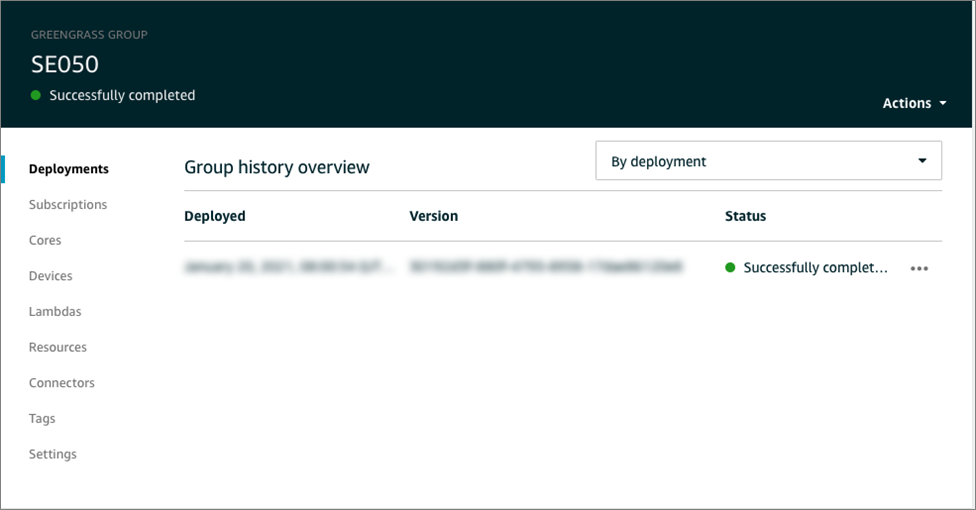 In this post, we walked through the setup and configuration of AWS IoT Greengrass Core, building a PKCS#11 library for SE050, and deploying Greengrass Group. We also set up and configured the Greengrass HSI interface to NXP EdgeLock SE050.

While the configuration steps we provided allow for maximum flexibility to experiment, for production use the slots with private keys should be locked to prevent those from re-injecting the cryptomaterials. Even in the developer configuration, however, there’s no option adversary can obtain the keys from the secure element.

If you would like to learn more about SE050 functionality, please refer to the SE050 documentation. To learn about AWS IoT Greengrass Hardware Security Integration, see the HSI documentation.

NXP is an AWS Partner whose semiconductors enable secure connections and infrastructure for a smarter world, advancing solutions markets.