Security question SEC1: How do you control access to your serverless API?

AWS has a number of services to provide API endpoints including Amazon API Gateway and AWS AppSync. 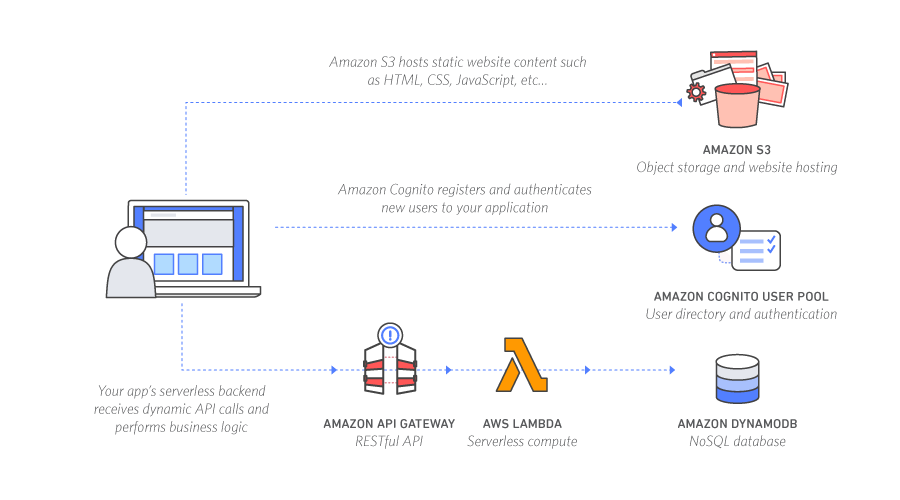 Good practice: Use an authentication and an authorization mechanism

Integrate with an identity provider that can validate your API consumer’s identity. An identity provider is a system that provides user authentication as a service. The identity provider may use the XML-based Security Assertion Markup Language (SAML), or JSON Web Tokens (JWT) for authentication. It may also federate with other identity management systems. JWT is an open standard that defines a way for securely transmitting information between parties as a JSON object. JWT uses frameworks such as OAuth 2.0 for authorization and OpenID Connect (OIDC), which builds on OAuth2, and adds authentication.

Only authorize access to consumers that have successfully authenticated. Use an identity provider rather than API keys as a primary authorization method. API keys are more suited to rate limiting and throttling.

App client authenticates and gets tokens

For custom authorization needs, you can use Lambda authorizers. 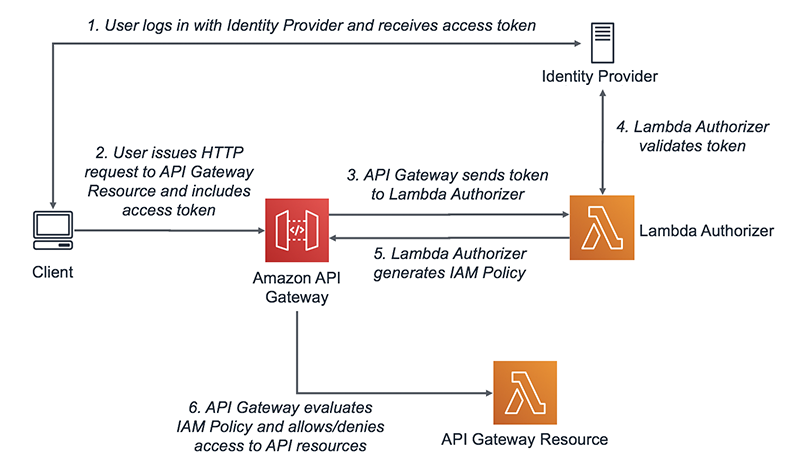 Enforce authorization for non-public resources within your API

For example, within the serverless airline, the loyalty service uses a Lambda function to fetch loyalty points and next tier progress. AWS AppSync acts as the client using an HTTP resolver, via an API Gateway REST API /loyalty/{customerId}/get resource, to invoke the function.

To ensure only AWS AppSync is authorized to invoke the API, IAM authorization is set within the API Gateway method request.

The IAM role specifies that appsync.amazonaws.com can perform an execute-api:Invoke on the specific API Gateway resource arn:aws:execute-api:${AWS::Region}:${AWS::AccountId}:${LoyaltyApi}/*/*/*

Within AWS AppSync, you can enable native authorization for users authenticating using Amazon Cognito or AWS IAM. You can also use any external identity provider compliant with OpenID Connect (OIDC).

Required practice: Use appropriate endpoint type and mechanisms to secure access to your API

Determine your API consumer and choose an API endpoint type

For providing content with restricted access, use Amazon API Gateway with authorization to specific resources, methods, and actions you want to restrict. For example, the serverless airline application uses AWS IAM to restrict access to the private loyalty API so only AWS AppSync can call it.

You can create API Gateway private REST APIs that you can only access from your AWS Virtual Private Cloud(VPC) by using an interface VPC endpoint. 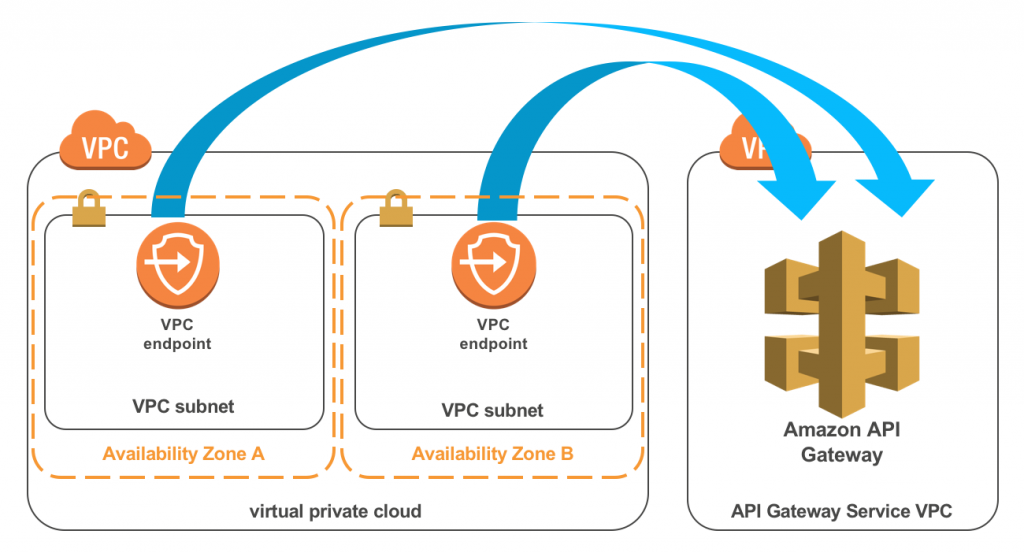 For more information, see “Choose an endpoint type to set up for an API Gateway API”.

With Amazon API Gateway and AWS AppSync, for both public and private endpoints, there are a number of mechanisms for access control.

You can also use resource policies to restrict content to a specific VPC, VPC endpoint, a data center, or a specific AWS Account.

API Gateway resource policies are different from IAM identity policies. IAM identity policies are attached to IAM users, groups, or roles. These policies define what that identity can do on which resources. For example, in the serverless airline, the IAM role AppsyncLoyaltyRestApiIamRole specifies that appsync.amazonaws.com can perform an execute-api:Invoke on the specific API Gateway resource arn:aws:execute-api:${AWS::Region}:${AWS::AccountId}:${LoyaltyApi}/*/*/*

Resource policies are attached to resources such as an Amazon S3 bucket, or an API Gateway resource or method. The policies define what identities can access the resource.

IAM access is determined by a combination of identity policies and resource policies.

For more information on the differences, see “Identity-Based Policies and Resource-Based Policies”. To see which services support resource-based policies, see “AWS Services That Work with IAM”.

With AWS AppSync public endpoints, you can enable authorization with the following:

For the serverless airline, I use the Amplify CLI to add authentication using Amazon Cognito with the following command:

When prompted, I specify the authentication parameters I require.

Amplify CLI creates a local CloudFormation template. Use the following command to deploy the updated authentication configuration to the cloud:

Once the deployment is complete, I view the deployed authentication nested stack resources from within the CloudFormation Console. I see the Amazon Cognito user pool. 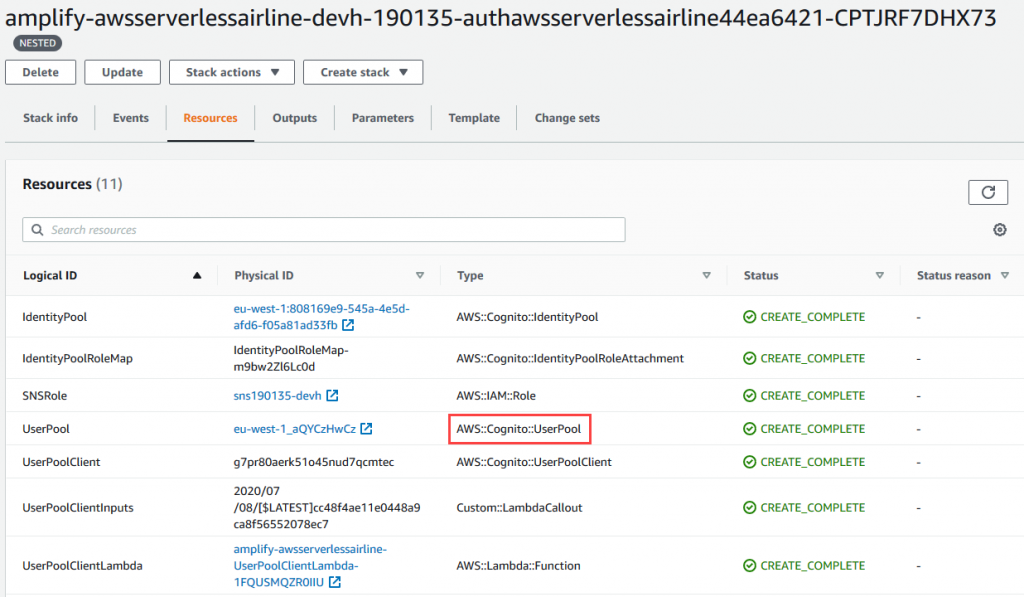 For a more detailed walkthrough using Amplify CLI to add authentication for the serverless airline, see the build video.

For more information on Amplify CLI and authentication, see “Authentication with Amplify”.

In this post, I cover the different mechanisms for authorization available for API Gateway and AWS AppSync. I explain the different approaches for public or private endpoints and show how to use IAM to control access to internal or private API consumers. I walk through how to use the Amplify CLI to create an Amazon Cognito user pool.

This well-architected question continues in part 2 where I continue using the Amplify CLI to add a GraphQL API. I explain how to view JSON Web Tokens (JWT) claims, and how to use Cognito identity pools to grant temporary access to AWS services. I will also show how to use API keys and API Gateway usage plans for rate limiting and throttling requests.