The world of smart sensors has changed dramatically due to new cellular Internet of Things (IoT) communications and ultra low-power semiconductor technology.

Increasingly, battery-powered IoT devices are preferred for IoT installations, as such devices aren’t constrained by the availability of external power whilst simplifying and accelerating deployment.

Mobile devices with extremely long battery life, meanwhile, are enabling new use cases and will cover a much larger part of the exponentially growing IoT market.

In this post, we will outline the asset tracking devices developed by General Mechatronics and how Amazon Web Services (AWS) enabled a secure and scalable platform for novel IoT applications.

General Mechatronics is an AWS Partner that’s supporting customers on IoT product development, including the operation of related IoT infrastructure. The company also provides a platform for a 5G smart sensor solution for various use cases using narrowband IoT technology.

Its lithium battery lasts for five years in most applications. NaBi can monitor any assets without power supply, thus inducing a paradigm shift in the asset tracking industry. 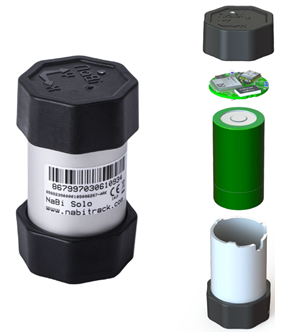 Figure 1 – NaBi Solo with lithium battery for up to 5 years monitoring.

Addressing some of the limitations of other IoT asset tracking devices, NaBi itself doesn’t have a hardcoded operation logic. Its highly flexible configurability can entirely change its behavior, enabling the most diverse use cases and business implementations without further development effort.

Furthermore, NaBi customers can define their own optimum balance of energy consumption (battery life) and how frequently or in which conditions they need localization or real-time communication.

NaBi is equipped with network-assisted A-GPS and GLONASS localization, temperature, vibration, motion, and orientation sensors. It can calculate operation hours, detect turnover or a freefall accident, and motion state changes.

The flexible configuration of these sensors and a custom designed range of mounting accessories support a wide variety of use cases. Here are some examples which brake through the limitations where smart sensors can be used.

Logistics and security tracking of:

Orientation and condition monitoring of:

Temperature monitoring and alerts in

Use Cases in Action

Vodafone Hungary uses NaBi for their general asset monitoring services. Their clients utilize this technology mostly in the rental, construction, and logistics industries, where assets are frequently relocated. Improved logistics and enhanced security are great benefits for these customers.

NaBi is also already available in Scandinavia with Telenor Denmark. Other European telco providers have extensively tested NaBi in their labs, including Telefonica Tech—a key holding of the Telefónica Group that offers a wide range of integrated technology services and solutions in cyber security, cloud, IoT, big data, and blockchain—who tested it in their advanced AI of Things laboratory called “The Thinx” with good results so far.

General Mechatronics was awarded the Red Dot Design Award for their NaBi Solo solution in the Smart Product category in 2021. The distinction “Red Dot” has become established internationally as one of the most sought-after seals of quality for good design.

General Mechatronics migrated all of their systems and applications to AWS in 2017. Part of the move was to decommission legacy Oracle server and replace it with Amazon Aurora (relational database solution built for the cloud) and Amazon DynamoDB (key-value and document database service).

“Thanks to AWS managed services, now our small team can focus on features and applications development and not managing the infrastructure,” says Géza Szayer, CTO of General Mechatronics. “For a small tech company which has only a limited time to bring the solutions to the market, this is a huge help.”

NaBi sends sensor data over AES-256 encrypted UDP traffic through a cellular network to the backend. Keys are hardware protected on the device side, and a key rotating process is in place. This enables the device to securely communicate via public network, but there’s also an option to configure a virtual private network (VPN) between operator network and the AWS IoT device backend.

The IoT device and customer interface workloads are separated. NaBi customers access their data via web interface or mobile application, or they integrate to other platforms via API. These services are served via Amazon CloudFront and a load balancer to backend running in Amazon ECS. 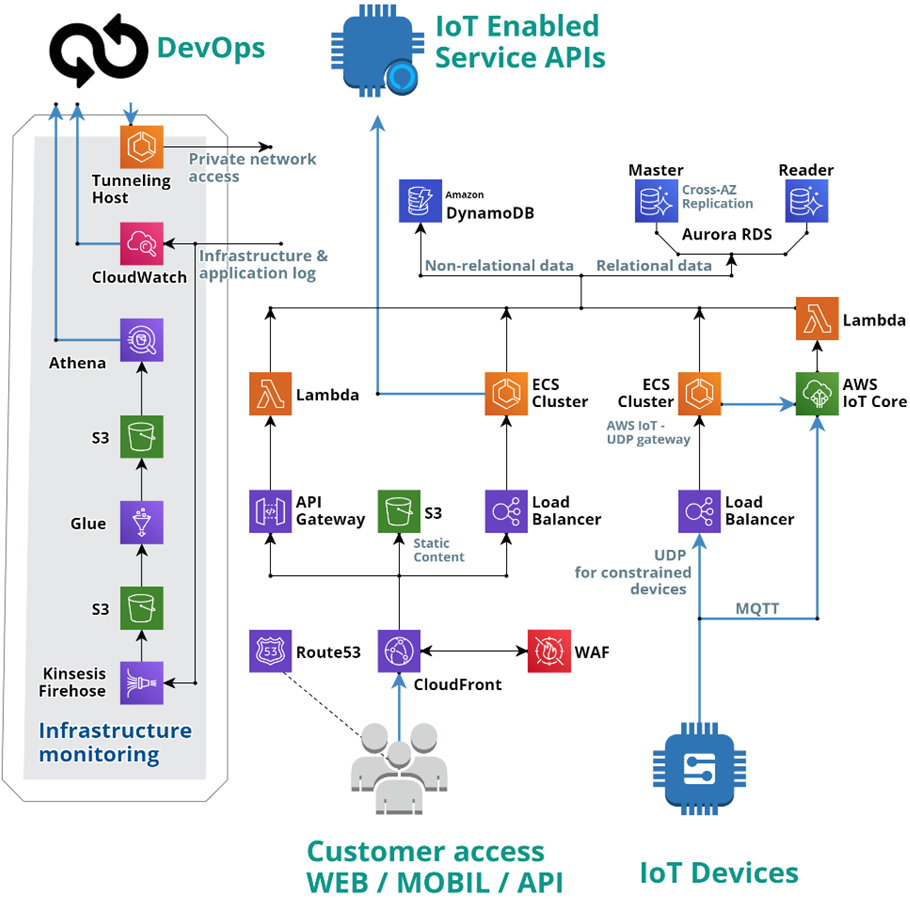 The exclusive use of managed AWS services provides high availability and reliability, as AWS is responsible for the operational continuity, automatic system-level patching, and scalability.

Customers use NaBi for a broad range of different applications, taking full advantage of its highly flexible configuration. The following diverse use cases were implemented with the same device using application-specific configuration.

NaBi saved over 20,000 liters on fuel during a recent dam construction. During this project, 1.3 million cubic meters of soil were moved with seven excavators and 23 trucks during a seven-kilometer long dam construction. The logistics of the trucks were improved by monitoring the actively working excavators on the two square kilometer large surface mining area. The efficiency of soil moving improved by 24% during the three months of operation. 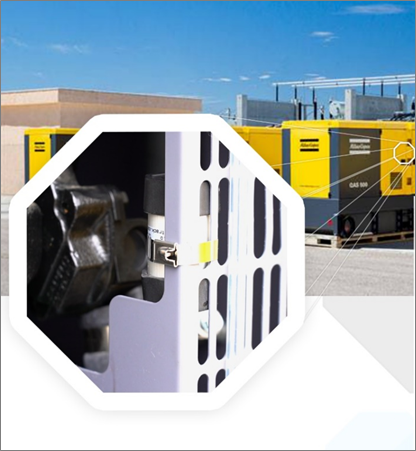 Figure 3 – NaBi Solo has a range of custom mounting solutions, including rental of plant equipment based on temperature, movement, and vibration.

Smart sensors can be market changing. Rented machines are often used only for a short duration along the rental period, but by monitoring the operation hours rental companies can fit pricing to their clients’ actual needs. Multiple machine shipments can be avoided by charging lower fees for availability and higher for actual use.

A pallet manufacturer recently made a smart pallet with NaBi, which can be permanently built into the EPAL pallets because NaBi’s 5G technologies (combined with its smart low-power operation) make its maintenance free for many years. These intelligent palettes escort deliverables along a whole multi-modal transportation chain.

NaBi replaces the complex system and data fusion of several tracking solutions, while monitoring the motion, condition, and location of the items transported. 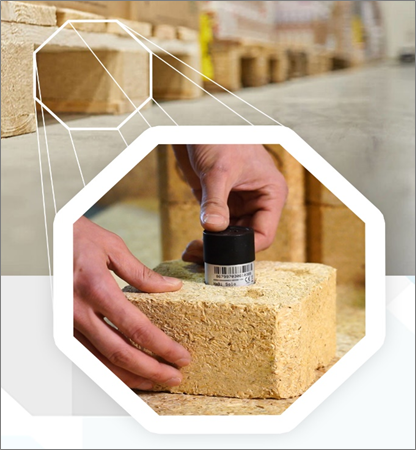 Figure 4 – NaBi Solo can be used with EPAL pallets for IoT track and trace use cases.

A web interface provides a tool for NaBi customers to batch configure the sensor operation through customizable energy schemas of the device.

As the battery life depends on many factors (such as the frequency of sensor measurement, geographical positioning, communication intervals, signal strength, and temperature), the service interface provides interactive estimation on the expected battery life. It also allows customers to set alarms in case the device’s usage dependent energy consumption deviates from the expectation.

“The service has run for more than two years without interruption,” says Szayer, General Mechatronics’ CTO. “More than 70% of NaBi smart sensor customers are large multinational companies, for which the decisions factor—beside the functionality and security we provide–is the fact the solution is built on trusted AWS infrastructure.”

NaBi is a 5G narrow band IoT smart sensor and tracker that was made possible by a combination of customer-focused product design and technical innovation. It opens up new opportunities to instrument and measure physical assets with a “deploy and forget” lifecycle.

The combination of advances in battery capacity and efficiency of IoT-NB using UDP allow the differentiated use cases highlighted in this post. As adoption of the product has grown, however, the need for scalable and robust fleet management becomes key.

By integrating their specialist platform with AWS IoT services, General Mechatronics has the benefits of both—an innovative NB-IoT device combined with management at scale, and the ability to trigger almost unlimited cloud-based events based on individual sensors or across a fleet of sensors on aggregate.

Interfacing with AWS IoT has allowed General Mechatronics to focus on innovation and new use cases with the reassurance the heavy lifting associated with scaling, security, and reliability is intrinsic to the services they are using.

AWS IoT manages billions of directly-connected endpoints, but for NaBi the benefit of the platform is to enhance General Mechatronics’ own platform and allow their team to focus on the product’s differentiating features while offering the solution at greater scale to more customers in new markets.

“As the number of devices and collected data sets are growing, launching new technologies like data lakes and machine learning will assist to keep ahead in the IoT world,” says Szayer. “Our vision and the future challenge of the industry is to combine AI with edge computing in battery-powered smart sensors, where energy consumption and data plan is strongly limited.”

General Mechatronics is an AWS Partner that’s supporting customers on IoT product development, including the operation of related IoT infrastructure.