As “zero-contact” has become the new norm in the COVID-19 economy, people are increasingly becoming accustomed to doing everything online, from streaming media in their homes and shopping online to receiving remote education on their computers and mobile devices.

The changing environment has brought a need for high-quality media services. Users who are used to high-definition (HD) video are looking for even more enhanced quality—the 4K UHD.

Until now, 4K media service has been adopted by only a few media service providers and was limited in use from the lack of sufficient infrastructure and network services. However, with advances in telecommunications and devices ushering in the 5G era, the barriers to using 4K have been brought down.

This trend brings new opportunities for businesses, such as boosting sales using video services and enhancing user experience with true-to-life contents. Leading the transition to the 4K media environment, MegazoneCloud is helping businesses build the prototypes for 4K UHD pipelines that are optimized for new UHD media services on cloud.

In this post, we will discuss 4K UHD services and how MegazoneCloud helps broadcasters implement the high-quality live streaming services, with AWS Media Services driving new customer experience in an agile, automated, and cost-effective manner.

MegazoneCloud is an AWS Premier Consulting Partner with multiple AWS Competencies including Digital Customer Experience. MegazoneCloud is also a member of the AWS Managed Service Provider (MSP) and AWS Well-Architected Partner Programs, among others.

As media services become crucial in the contactless economy, video commerce operators and various industry players are rapidly starting to capitalize on these services. Coupled with this trend, consumer demand for higher quality resolutions keeps on growing with the increase of quality content.

Before looking at the technological changes, you need to first understand that images are digitally encoded and transmitted during digital broadcasting. What we all know as an HD resolution is a screen that shows 1920 x 1080 pixels, or 2,073,600 pixels. In the same way, 4K UHD is a screen made of 3840 x 2160 pixels, which totals 8,294,400 pixels. 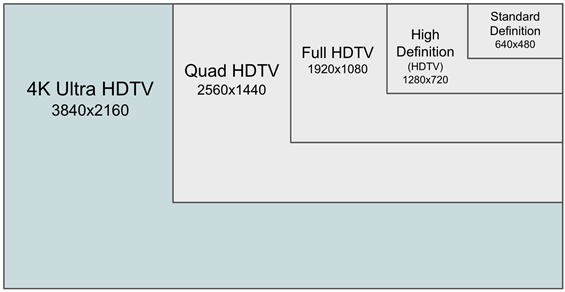 Encoding and transmitting such massive data requires a large number of computer resources, and also a system that complies to the broadcasting standard. This is why cloud computing is optimal for a 4K service.

Broadcasting has traditionally required enormous investment in equipment and resources, including cameras and recorders, broadcasting solutions, editing, playback and recording equipment, and infrastructure, as well as a large number of staff to oversee the entire processes.

Adding a number of channels often slowed down service delivery because creating and transmitting contents were expensive and resource-intensive.

If an HD broadcasting system was to be used for a 4K (UHD) service, a typical architecture would look like the diagram below. The process may seem simple, but in order to achieve this workflow for 4K, the baseband devices, solutions, and infrastructure need to be changed altogether.

You may think that converting to a camera that can record in 4K may do the trick, but in reality everything from the video modulator, video server, and video switcher to the network bandwidth and monitors need to be replaced in order to support the UHD’s vast amount of transmission.

4K media services also need encoding and transcoding solutions specifically for the UHD, as well as high-end servers and workstations to keep the system running.

AWS Elemental MediaLive and AWS Elemental MediaConvert are both part of AWS Media Services, and each supports a full range of resolutions from SD, HD and FHD to 4K, and contain encoding and transcoding functions.

MediaLive can produce 4K output in HEVC (H.265) and AVC. HEVC is a format with many advantages; it can save traffic with its high compression and reduce the bandwidth of the CDN that delivers the contents to the end user. To reap the benefits of both HEVC and AVC output in providing 4K live steaming and VOD services, MegazoneCloud designed a pipeline for each type of output.

First, the pipeline for producing contents in 4K HEVC was built using MediaLive, AWS Elemental MediaPackage, and Amazon CloudFront. Also, to enable control over the 4K service using the customer’s user interface, Amazon API Gateway and AWS Lambda were set up to utilize Restful API for HEVC and AVC outputs, diving each into different MediaLive channels.

The input network bandwidth was set at 20Mbps to enable fast transmission of 4K contents.

Since MediaLive is able to produce a profile for only one output after encoding into HEVC, MediaPackage was used to introduce the Harvest function to save the contents for VOD service following live-streaming. The resulting architecture enabled automated playback and secondary processing.

Another pipeline using MediaLive and MediaStore was created to produce 4K contents in AVC format. By leveraging the advantages of AVC to configure simultaneous ABR rendition at different profiles, contents could be live streamed in SD, HD and 4K.

In addition to this, VOD could be provided immediately after live broadcasting by archiving it in Amazon Simple Storage Service (Amazon S3) at the same time.

To build a safe and agile 4K broadcasting online architecture, all resources to need be highly compatible and consistent.

For this purpose, MegazoneCloud introduced the serverless AWS Elemental Media management service from the start to create an efficient automated provisioning pipeline for the media service.

With this architecture, businesses can select a combination of main functions they need for their 4K service, such as the resolution, encoding, input and output networks, codec, and the final distribution through automated profiling.

For example, if the workflow is invoked using Amazon API Gateway for HEVC output or AVC 4K broadcasting, the corresponding services are activated in just a few seconds. In this way, automated provisioning has been set up so that 4K broadcasting service can be deployed immediately.

MegazoneCloud builds architectures so that AWS resources used for the 4K broadcasting service can be orchestrated to best suit the customer’s business flow, enabling customers to readily use AWS 4K media solutions. AWS Media Services that have been orchestrated in this way provide the convenience, usability, and accessibility that allows customers to deliver high-resolution live broadcasts in a streamlined workflow.

After automatically invoking and running MediaLive with Lambda, MediaPackage is triggered to deliver 4K media files reliably. Through these automated steps on CloudFront service optimized for the distribution of the media service, businesses can instantly start using 4K channels.

As with the pipeline architecture for 4K HEVC output, since MediaLive can only produce a profile for a single output, MediaPackage’s Harvest function was used to archive the contents on S3 Bucket for 4K VOD service.

Figure 7 – MediaLive with one 4K output.

Some user cases require 4K HEVC and AVC outputs at the same time. For those cases that need multiple outputs to be produced simultaneously, MediaConnect service can be used.

MediaConnect is a service that delivers high-quality live video at a competitive cost, which can transmit two or three outputs at the same time and replicate the live contents. As shown in the screenshot below, it’s possible to simultaneously send the recorded live broadcast signal to three MediaLive inputs and operate several different channels at the same time.

In this case, MediaConnect can be configured to produce three outputs using RTP. The outputs will then be fed into MediaLive, with two channels producing 4K outputs, and the last channel producing SD, HD and FHD outputs.

Thus, the multi-channel MediaLive enables viewers to view the contents in various resolutions.

Now with a 4K media service architecture on cloud, businesses no longer need to tend to the technological operations and can focus on broadcasting contents. Automated pipeline optimized for each business can be built using AWS Media Services, providing a highly robust and reliable architecture based on AWS managed services.

MegazoneCloud’s 4K media service architecture is easy to operate and is optimal for agile provisioning because the system is built entirely on managed services. The new system running on cloud can help reduce costs since it does not require expensive infrastructure as in on-premises environments, and also reduces wasted resources when the system is not being used.

With this architecture, businesses can start provisioning for 4K broadcasting without worrying about complex workload and processes.

Such changes are expected to boost the use of a range of media services, including remote real-time multi-broadcasting, entertainment services, smart TV, OTT service, and video commerce. Industries seemingly unrelated to videos will be able to utilize the new media and technologies on cloud to start entirely new business endeavors.

MegazoneCloud is at the forefront of these changes, helping businesses make the most out of media services on AWS. The list of enterprises starting to embrace new media technologies includes global broadcasters and also businesses in diverse industries such as vehicle manufacturers, commerce operators, and offline retailers that wish to create new point of contact with customers and deliver a differentiated brand experience.

As an AWS Premier Consulting Partner, MegazoneCloud is continuing to work with AWS to help customers achieve their business goals in fast and cost-effective ways.

MegazoneCloud is an AWS Premier Consulting Partner and MSP. As Korea’s first Premier Partner, MegazoneCloud was awarded AWS Partner of the Year honors for APAC, and in Korea for two consecutive years.