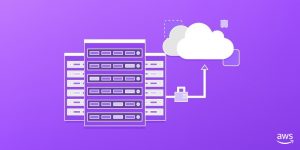 This post highlights short-term migration options, their key technical differences, as well as their differentiated benefits. These options are particularly suited for custom home-grown applications running on a legacy platform where the complete source code is available. On the other hand, third-party packaged applications generally require discussing with the third-party software vendor for modernization options to AWS.

Each migration option has its preferred use-cases and unique value proposition, relevant for a specific legacy workload.

Considering an average-sized workload with a few million lines of code, the diagram in Figure 2 shows key differentiating characteristics, like project cost, project duration, and cloud agility, as represented by the Cloud-Native Maturity Model. This model promotes use of AWS Managed Services, Twelve-Factor App design principles, Microservices, and automation such as Continuous Integration/Continuous Deployment (CI/CD). 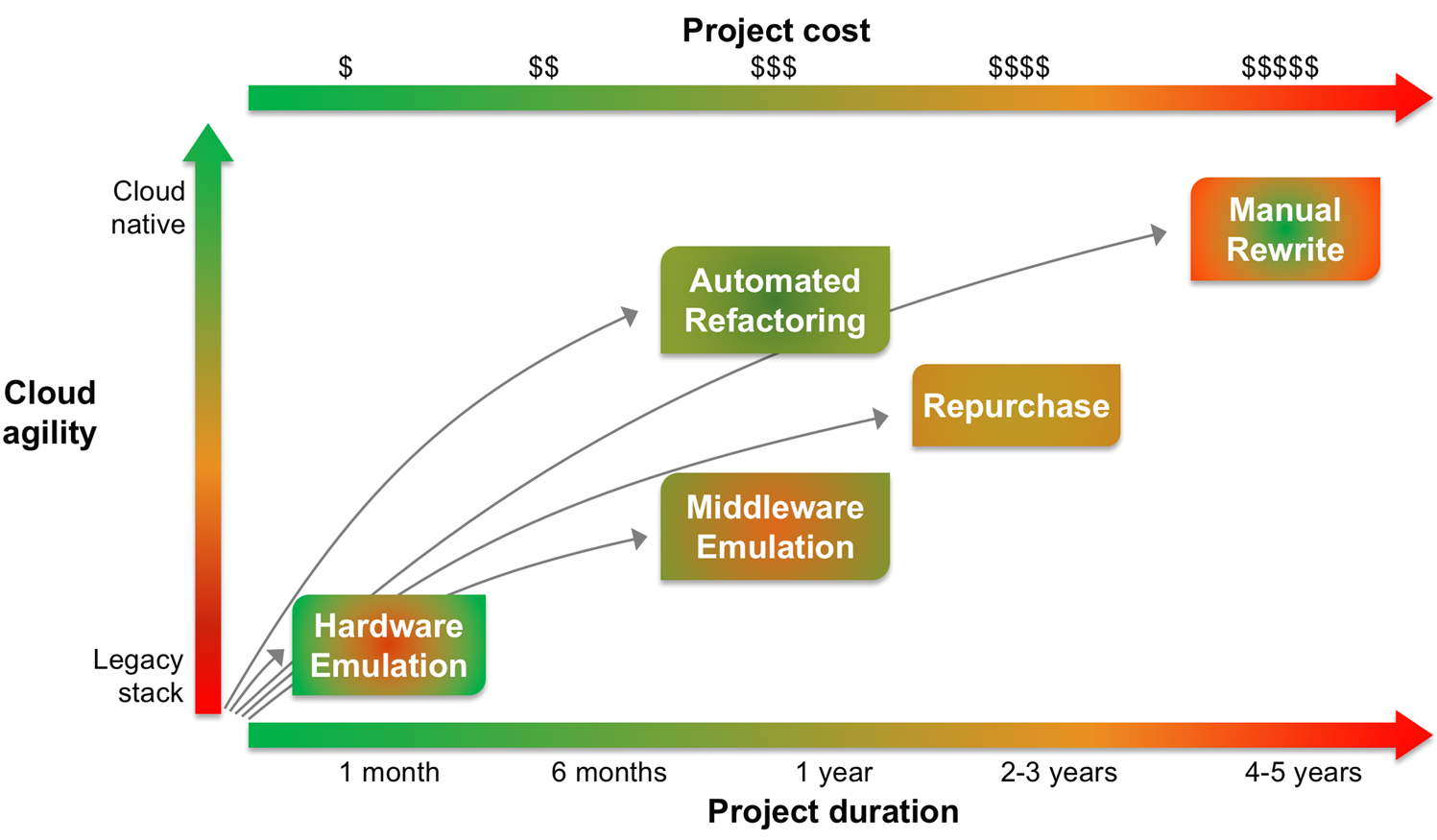 Details and explanations about each migration option are provided in the subsequent sections. 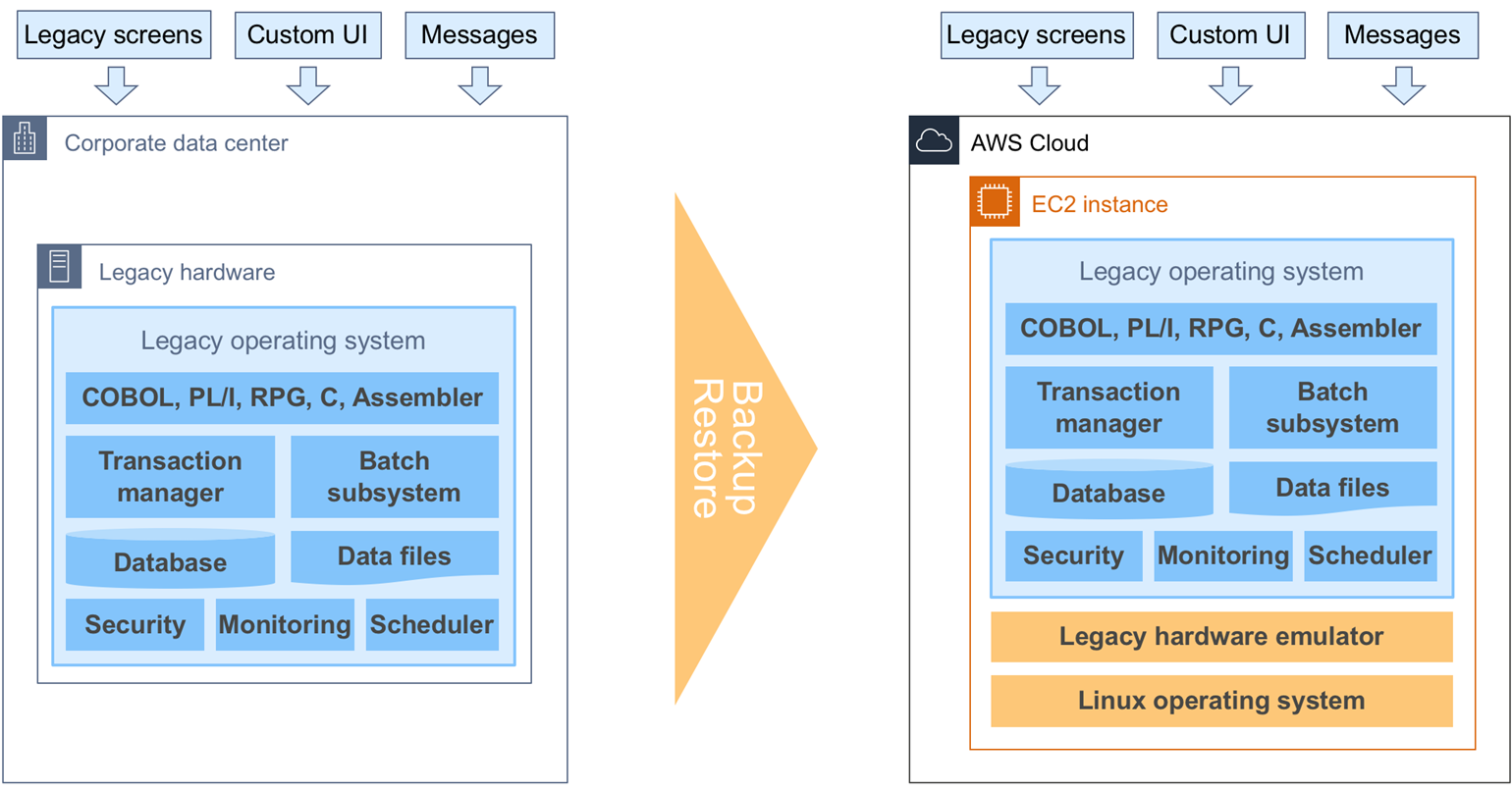 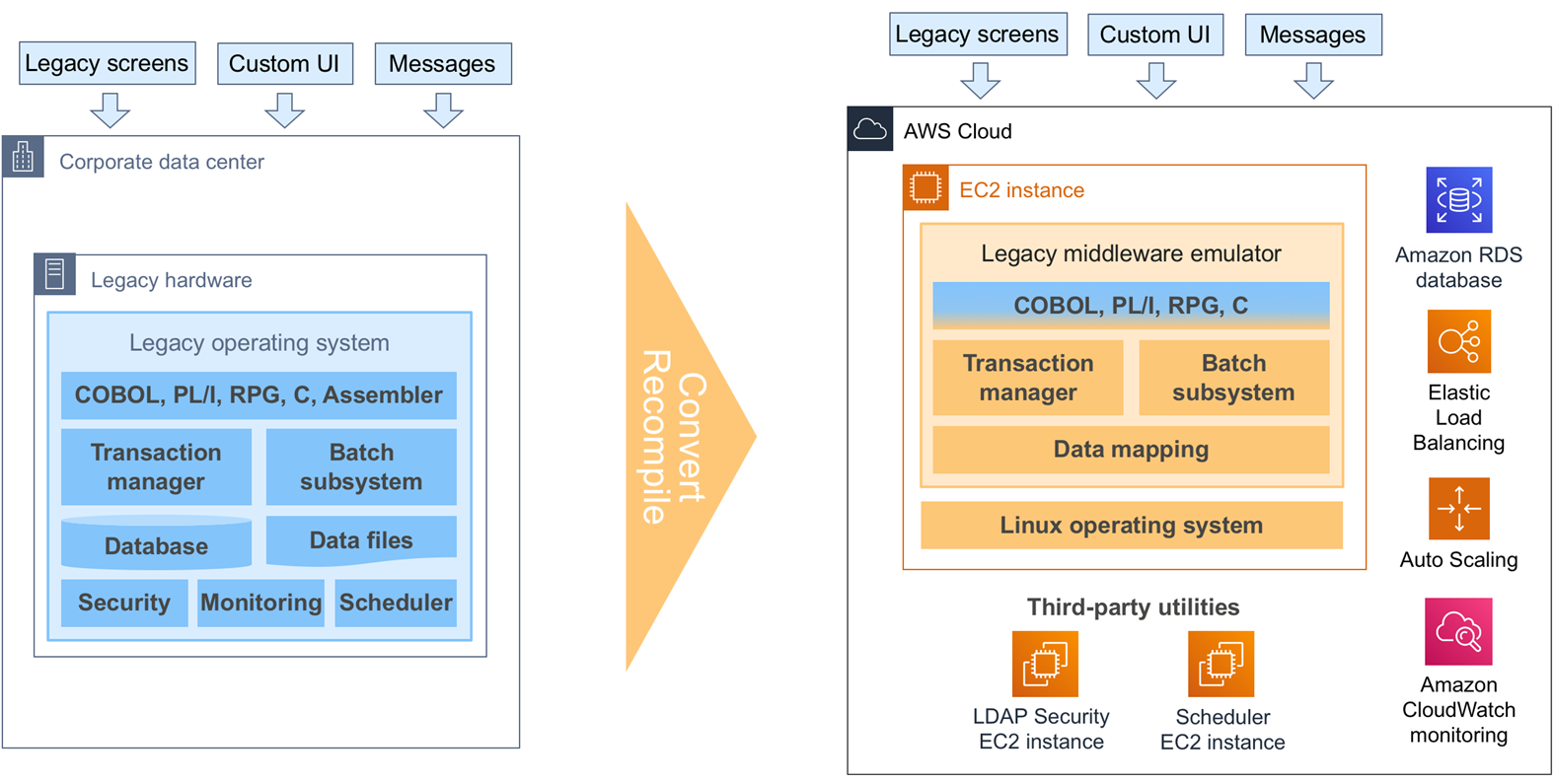 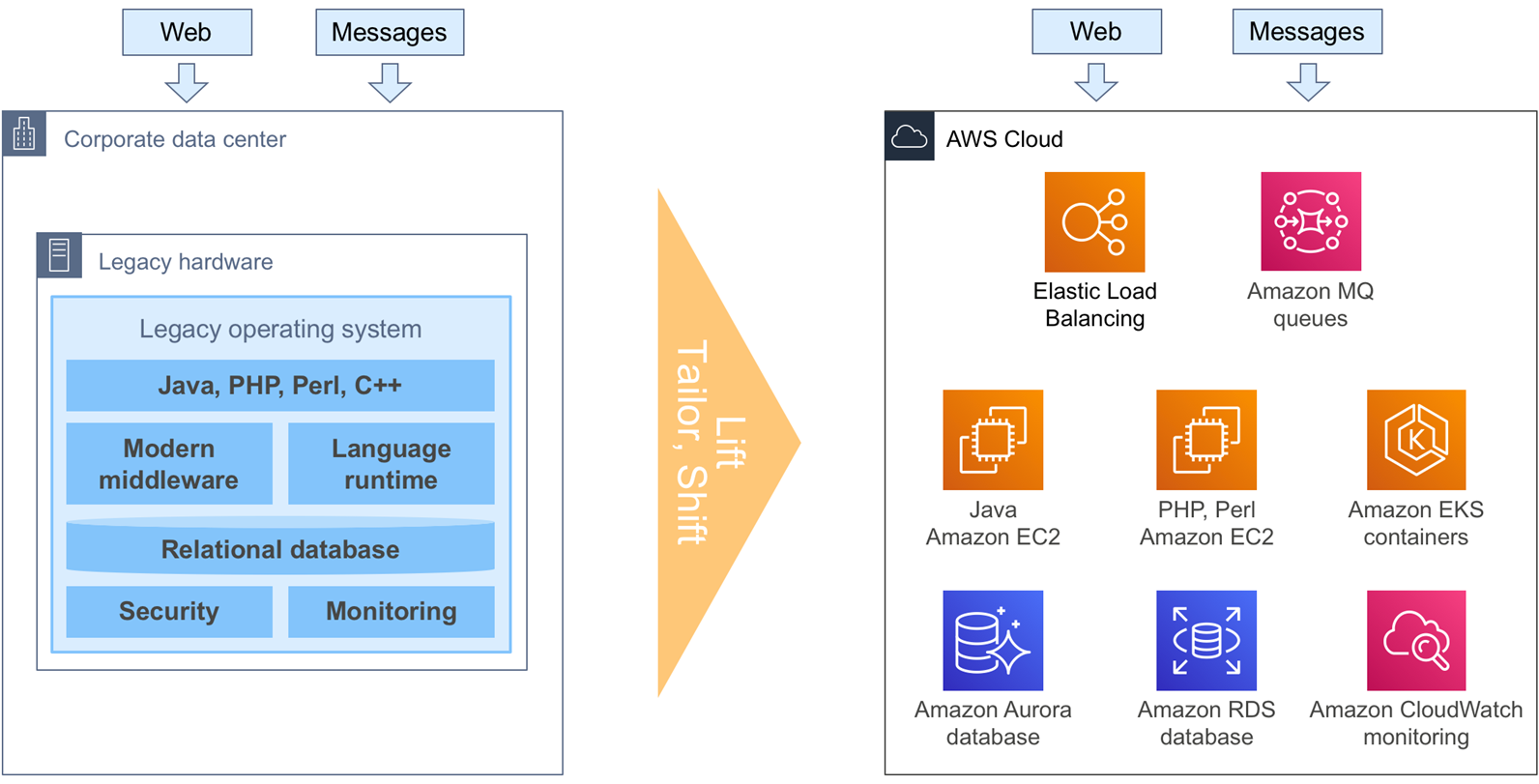 Other Options You May Consider

Manual rewrite requires redeveloping business logic from scratch and manually in new programming language, and re-architecting the infrastructure services. For typical legacy applications with millions of lines of code, such an approach has higher risks:

Manual rewrite is better suited for basic functions, and for pinpoint transactions or programs with clear limited scope, interfaces, and data.

Repurchase with a software package involves identifying and replacing the legacy home-grown application with a third-party packaged application. This is typically better suited for applications whose core logic is better developed by a third-party vendor. For example, a SaaS payment solution or SaaS industry-specific supply chain solution.

Depending on whether the legacy application executes core-business functions or not, standardizing to an undifferentiated software package could result in losing competitive advantage. With such projects, there are risks around trying to capture business rules from the legacy application, and there are risks around the escalation of manual developments and manual customizations required to meet the business needs.

For example, we have customers successfully using AWS for legacy data analytics, and for enabling new interfaces such as mobile or voice. These customers typically use data replication between the legacy data store and AWS data services.

Other customers choose to offload and scale development and test environments on AWS. These typically use an Integrated Development Environment (IDE) on AWS, use emulators described previously for tests, and promote code with a pipeline back to the legacy platform for production.

And then there are other customers that replace their expensive backup and archival storage (such as virtual tape hardware) with cost-optimized Cloud storage backup solutions.

There is no one-size-fits-all for legacy modernization. Customers need the right tool for the right job, aligned with both the IT strategy and legacy technical constraints. Because of the technical complexity, any approach definition must include a hands-on technical Proof of Concept confirming if the approach and tool recommendations are viable.

When considering an assessment for a legacy workload migration, the following deliverables facilitate the decision process:

To learn more about legacy to AWS migration capabilities, please reach out to your AWS representative and review our partner solutions on the APN Blog.