Get Started for Free

VM Import/Export enables you to easily import virtual machine images from your existing environment to Amazon EC2 instances and export them back to your on-premises environment. This offering allows you to leverage your existing investments in the virtual machines that you have built to meet your IT security, configuration management, and compliance requirements by bringing those virtual machines into Amazon EC2 as ready-to-use instances. You can also export imported instances back to your on-premises virtualization infrastructure, allowing you to deploy workloads across your IT infrastructure.

VM Import/Export is available at no additional charge beyond standard usage charges for Amazon EC2 and Amazon S3.

To import your images, use the AWS CLI or other developer tools to import a virtual machine (VM) image from your VMware environment. If you use the VMware vSphere virtualization platform, you can also use the AWS Management Portal for vCenter to import your VM. As part of the import process, VM Import will convert your VM into an Amazon EC2 AMI, which you can use to run Amazon EC2 instances. Once your VM has been imported, you can take advantage of Amazon’s elasticity, scalability and monitoring via offerings like Auto Scaling, Elastic Load Balancing and CloudWatch to support your imported images.

You can export previously imported EC2 instances using the Amazon EC2 API tools. You simply specify the target instance, virtual machine file format and a destination S3 bucket, and VM Import/Export will automatically export the instance to the S3 bucket. You can then download and launch the exported VM within your on-premises virtualization infrastructure.

You can import Windows and Linux VMs that use VMware ESX or Workstation, Microsoft Hyper-V, and Citrix Xen virtualization formats. And you can export previously imported EC2 instances to VMware ESX, Microsoft Hyper-V or Citrix Xen formats. For a full list of supported operating systems, versions, and formats, please consult the VM Import section of the Amazon EC2 User Guide. We plan to add support for additional operating systems, versions and formats in the future.

The first method is to import your VM image using the AWS CLI tools. To get started, simply:

If you export an Amazon EC2 instance, access to the Microsoft Windows Server license key for that instance is no longer available through AWS. You will need to reactivate and specify a new license key for the exported VM image after it is launched in your on-premise virtualization platform.

When you import Red Hat Enterprise Linux (RHEL) VM images, you can use license portability for your RHEL instances. With license portability, you are responsible for maintaining the RHEL licenses for imported instances, which you can do using Red Hat Cloud Access. More information about Cloud Access subscriptions for Red Hat Enterprise Linux is available from Red Hat. Please contact Red Hat to verify your eligibility.

Migrate Your Existing Applications and Workloads to Amazon EC2

Create a Disaster Recovery Repository for your VM images

Import your on-premises VM images to Amazon EC2 for backup and disaster recovery contingencies. VM Import will store the imported images as Elastic Block Store-backed AMIs so they’re ready to launch in Amazon EC2 when you need them. In the event of a contingency, you can quickly launch your instances to preserve business continuity while simultaneously exporting them to rebuild your on-premises infrastructure. You only pay for Elastic Block Store charges until you decide to launch the instances. Once launched, you pay normal Amazon EC2 service charges for your running instances. If you choose to export your instances, you will pay normal S3 storage charges.

VM Import/Export is a feature of Amazon EC2 and is available at no additional charge, aside from normal Amazon EC2 service fees. Amazon S3 and EBS storage is utilized during the import and export process and is billed separately. 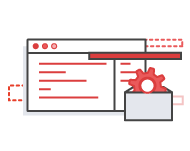 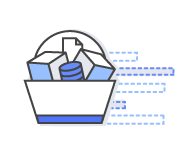