Update (December 2019) – A lot can happen in less than a decade and quantum computing is now a reality! You can now use Amazon Braket to Get Started with Quantum Computing.

We’ve had more than our fair share of technical challenges along the way, but the time is right for me to talk about our newest product, the Quantum Compute Cloud, or QC2 for short.

This is the first production-ready quantum computer. You can use it to solve certain types of math and logic problems with breathtaking speed. 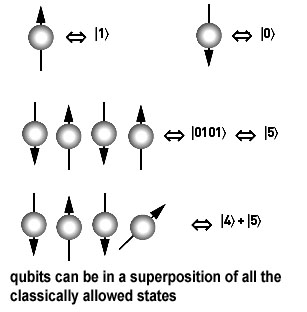 Ordinary computers use collections of bits to represent their state. Each bit is definitively 0 or 1, and the number of possible states is 2n. 1 bit can be in either of 2 states, 2 bits can be in any one of 4 states, and so forth.

How do you program a quantum computer? With quantum algorithms, of course. Pretty much everything that you know about traditional programming becomes obsolete when you step up to the QC2. You need to think in terms of probabilities, distributions of probabilities, and so forth. Take a look at Shor’s Algorithm for finding prime factors to get a better idea of the power of a quantum computer.

We are also planning to support Bernhard Omer’s QCL programming language. Take a look at his thesis on Structured Quantum Programming to learn more. Here’s a QCL code sample to get you started:

Once you’ve launched a QC2 instance and loaded up your algorithm, you must sample the output (also known as “collapsing the quantum state“) in order to retrieve the probability distribution which represents your answer. You’ll want to do this more than once for any particular problem in order to increase your confidence in the solution. Collapsing the quantum state is a destructive operation (much like reading from a magnetic core memory); be sure to account for this in your algorithm. In effect, the answer doesn’t exist until you ask for it.

Until now, the largest quantum computer contained less than 8 qubits. Because we’re really, really smart, we’ve been able to push this all the way to 32 in the first-generation QC2. This will allow you to represent problems with up to 232 distinct states.

We’re launching the QC2 in the US East Region in multiple Availability Zones. using the amazing “spooky action at a distance” property of quantum entanglement, you can actually replicate QC2 instances across Zones.

The QC2 beta is limited, and will definitely close before the end of the day.

PS – We need to hire lots of world-class people to help us with leading edge technologies like QC2, EC2, and the like. Please check out our AWS jobs page.