Since Amazon ECS became generally available in 2015, one recurring theme we have heard from developers is that they want even easier ways to launch their applications as containers in the cloud. We started out offering a simple way to launch and monitor containers across a fleet of EC2 instances without needing to operate or upgrade your own control plane. Then developers told us they didn’t want to operate EC2 instances either. So we built AWS Fargate, which allows you to launch a container as your primary unit of compute: no EC2 capacity required. Along the way we announced feature integrations such as load balancers for web traffic ingress, service discovery for service to service communication, and automatic CI/CD integration with CodePipeline and CodeDeploy.

However, many developers have told us that even though they have all the individual pieces they need to build their applications they still need more help putting those pieces together in an opinionated way that gets them to success faster. Developers who were just starting out with containers told us that it felt daunting because there were so many new concepts to learn. Experienced users of containers told us they felt there was a lot of repetitive boilerplate that they had to automate for each new application they launched. And developers of all skill levels wanted tooling which integrated better with their local development environment.

Based on this feedback we launched AWS Copilot, an open source command line interface that makes it easy for developers to build, release, and operate production ready containerized applications on Amazon ECS and AWS Fargate. 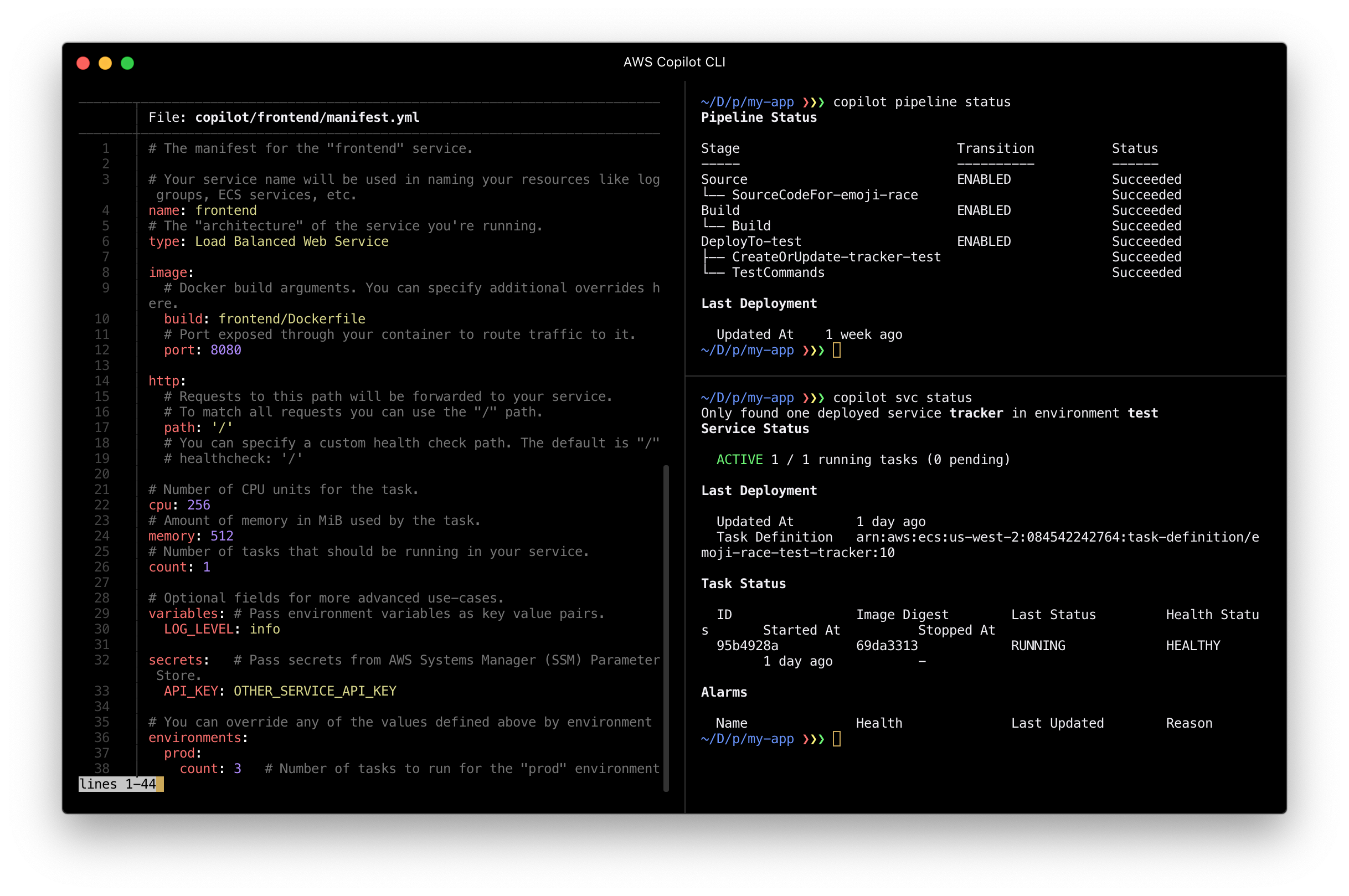 With Copilot you are in control, but you have an opinionated tool to help you get started with your first application and put all the pieces together quickly. Later on Copilot has the depth to help you with advanced scenarios like automated release pipelines, and attaching storage add-ons. Copilot also helps you with operations: monitoring and scaling your application.

Today Copilot is officially generally available, meaning the initial development and breaking changes are done and Copilot is ready for you to use in production. Let’s do a quick recap of recent Copilot announcements and places where you can learn more about how to use Copilot.