Today the AWS Elastic Beanstalk service extends its .NET support with the creation of the new .NET Core on Linux platform. This new platform version makes it easy to get ASP.NET Core applications deployed to AWS quickly for either a dev stack or a full production environment including enhanced health, patching, autoscaling, and rolling deployments.

Differences between Windows and Linux platforms

Besides the OS platform version differences there are a couple other differences to be aware of when using the new .NET Core on Linux platform. First, Nginx is used as a reverse proxy to the Kestrel webserver hosting the ASP.NET Core application. For applications that need Kestrel to be the internet-facing webserver it is possible to disable Nginx. We’ll talk about how to do that later.

Depending on your developer workflow there are many ways to get started. Here are some of the most common ways for developers getting started with Elastic Beanstalk.

In the Elastic Beanstalk console you can get started by creating new environment. In the Platform section select the new .NET Core on Linux Platform.

Starting with version 1.18.0.0 of the AWS Toolkit for Visual Studio you can publish your application to the new .NET Core on Linux platform. To start publishing your application, right click on your project in the solution explorer and select Publish to AWS Elastic Beanstalk. 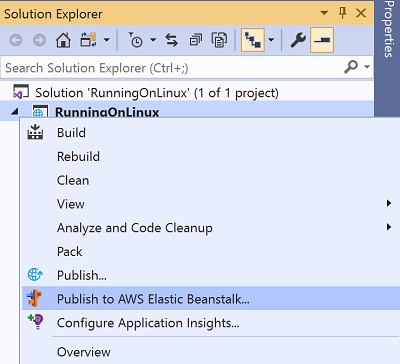 The wizard will walk you through creating a new Elastic Beanstalk environment and creating the deployment bundle for the environment based on how you want to run the application. To indicate you want to deploy to .NET Core on Linux platform, select the 64bit Amazon Linux 2 v1.0.0 running .NET Core platform version. 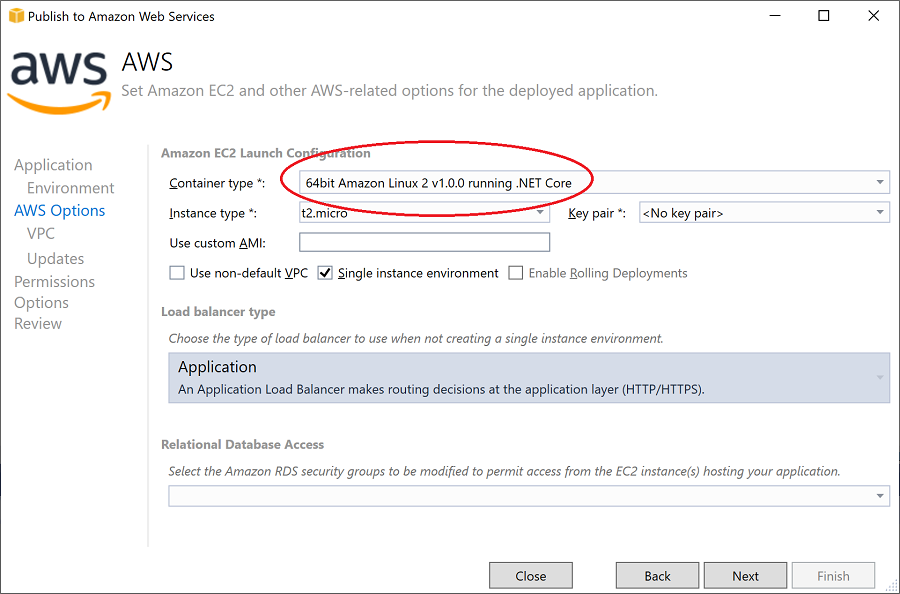 As mentioned earlier, Nginx is used as the reverse proxy by default in Elastic Beanstalk. On the Application Options page of the wizard you can change the Reverse Proxy setting to *none* to use Kestrel as the internet-facing webserver. 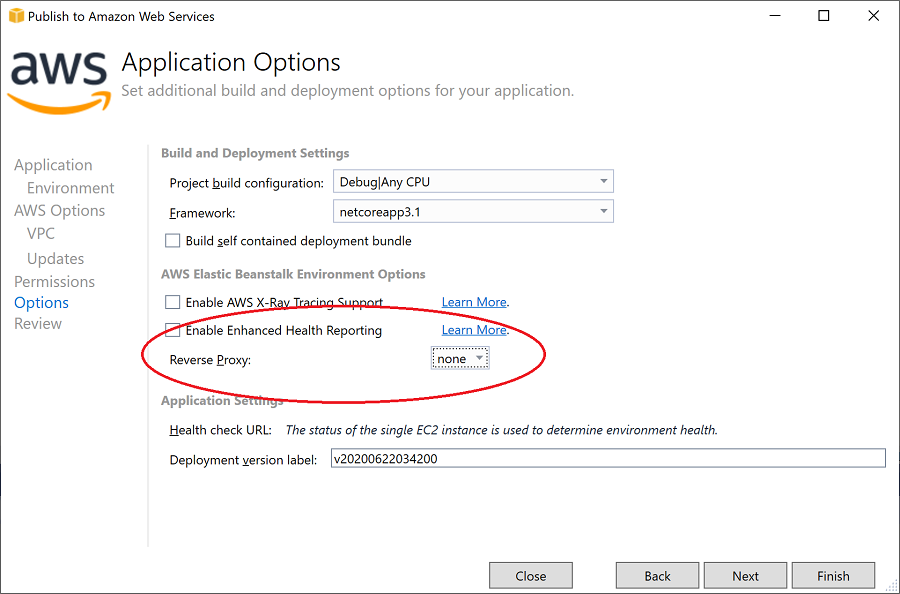 Like the pattern we used with .NET Core for Lambda all of the deployment tooling we integrated inside Visual Studio for deploying .NET Core application to Elastic Beanstalk can also be used on the command line using the Amazon.ElasticBeanstalk.Tools .NET Core Global Tool. To install the tool execute the following command.

Then in the project directory execute the following command to deploy the application to Elastic Beanstalk.

You can either specify the required parameters on the command line or the the tool will query you while it is performing the deployment. If you first deployed using the AWS Toolkit for Visual Studio it will create a file called aws-beanstalk-tools-defaults.json in the project directory with all of the settings made in the wizard saved to the file. Then when you attempt to deploy from the command line using Amazon.ElasticBeanstalk.Tools it will use the values stored in aws-beanstalk-tools-defaults.json making it easy to transition from deploying in Visual Studio to the command line and integrating into your automation.

Here is an example of deploying from scratch to Elastic Beanstalk using Amazon.ElasticBeanstalk.Tools. 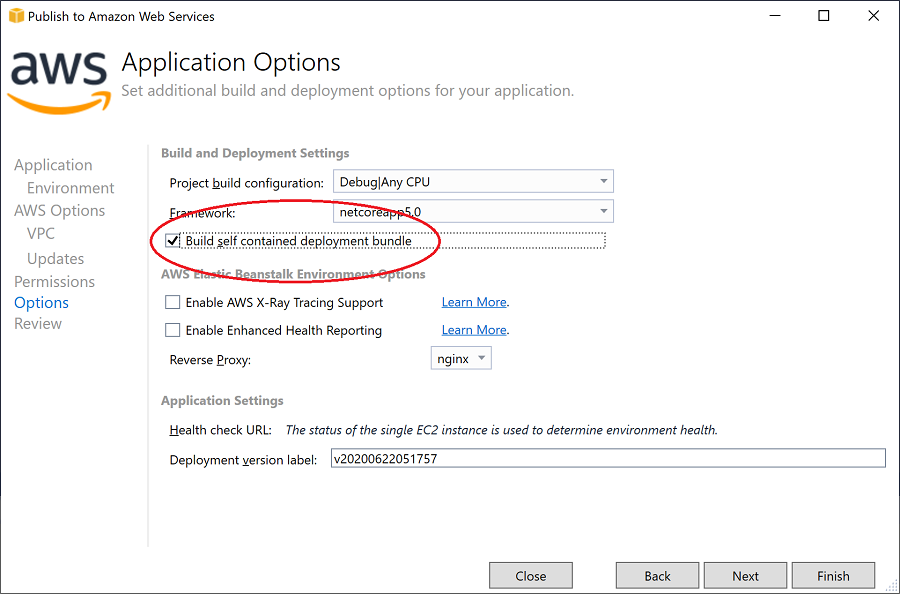 Checking this option triggers the underlying call to dotnet publish to publish as a self contained application, and generate a Procfile for the deployment bundle to reflect the fact the application is self contained.