I first told you about Amazon Lightsail last year in my blog post, Amazon Lightsail – the Power of AWS, the Simplicity of a VPS. Since last year’s launch, thousands of customers have used Lightsail to get started with AWS, launching Linux-based Virtual Private Servers.

Launching a Windows VPS
To launch a Windows VPS, log in to Lightsail , click on Create instance, and select the Microsoft Windows platform. Then click on Apps + OS if you want to run SQL Server 2016 Express, or OS Only if Windows is all you need: 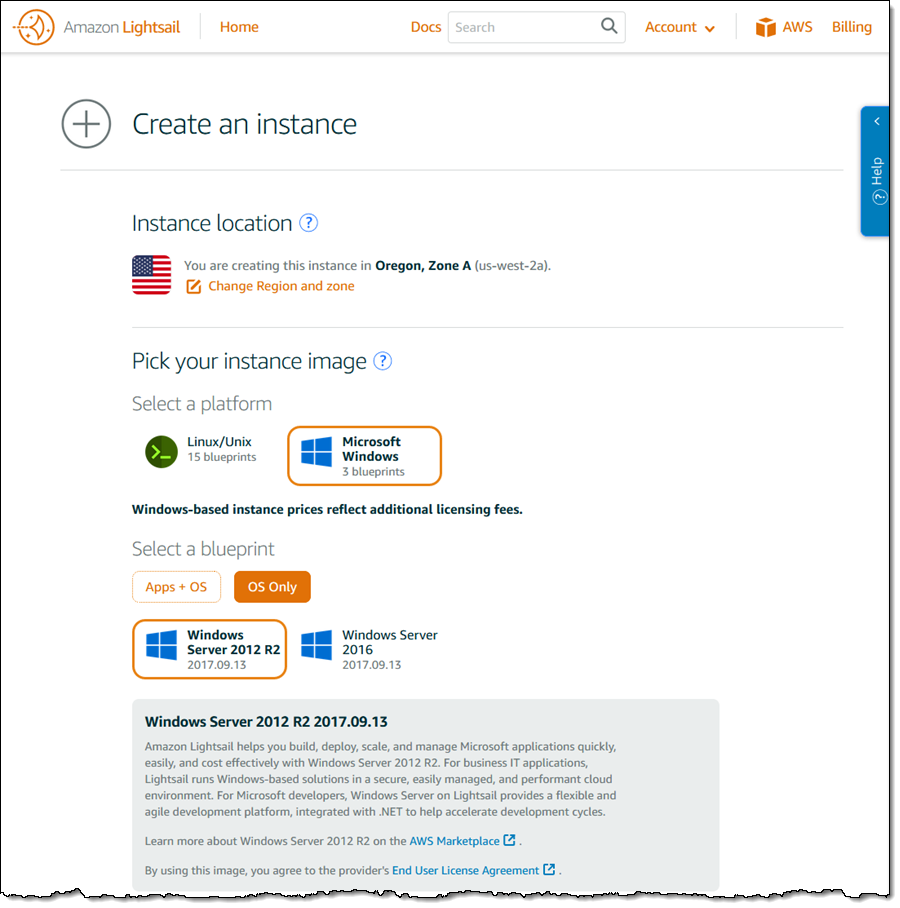 If you want to use a Powershell script to customize your instance after it launches for the first time, click on Add launch script and enter the script:

Choose your instance plan, enter a name for your instance(s), and select the quantity to be launched, then click on Create: 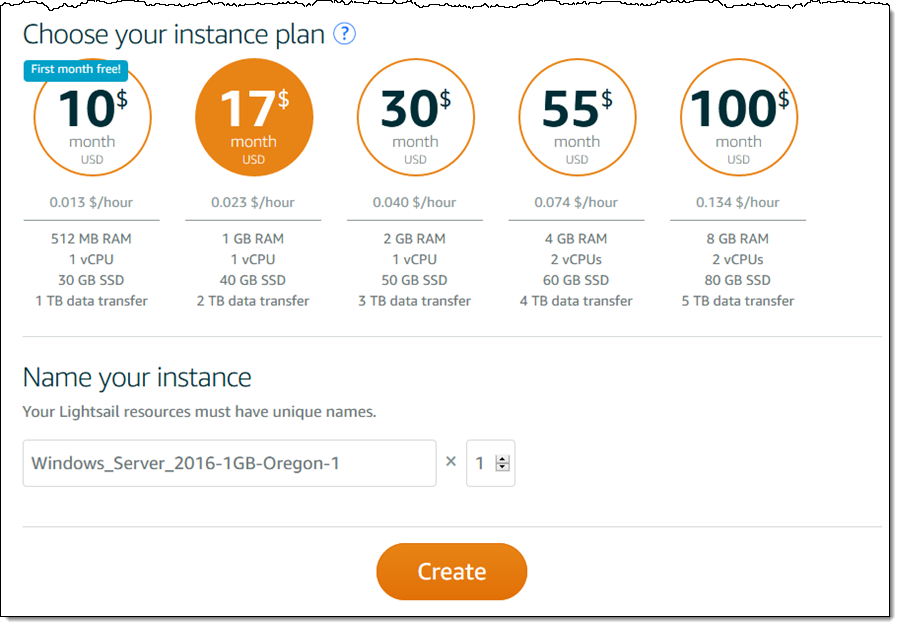 Your instance will be up and running within a minute or so: 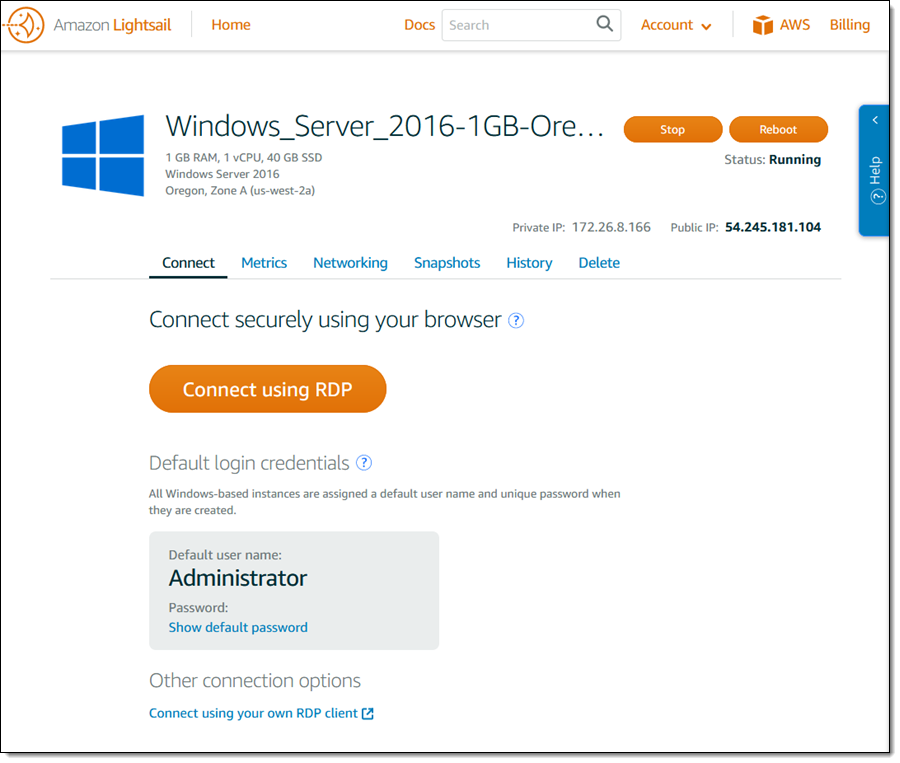 This will connect using a built-in, browser-based RDP client (you can also use the IP address and the credentials with another client): 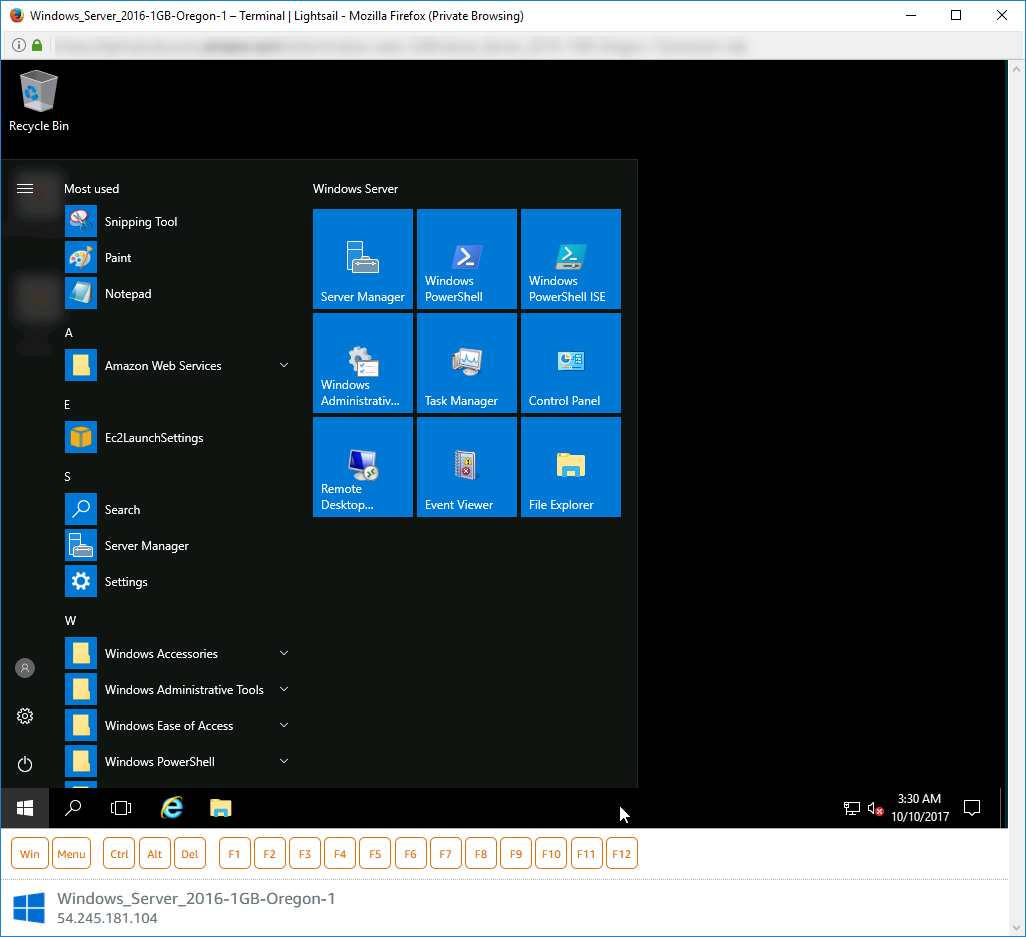