We launched AWS Device Farm earlier this month with support for testing apps on Android and Fire OS devices.

I am happy to give you a heads-up that you will soon be able to test your apps on Apple phones and tablets! We plan to launch support for iOS on August 4, 2015 with support for the following test automation frameworks:

You can also use the fuzz test that is built in to Device Farm. This test randomly sends user interface events to devices and reports on the results.

Here are some preliminary screen shots of the new iOS support in action. After you upload your binary to Device Farm, you will have the opportunity to select the app to test: 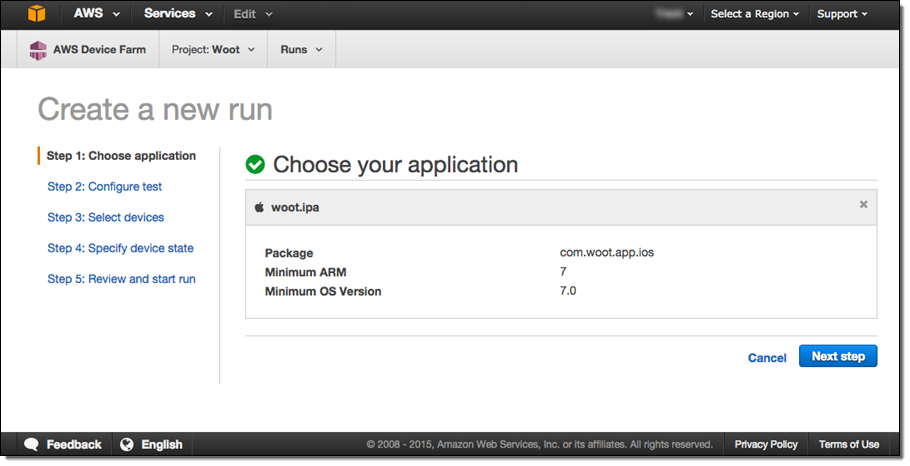 After you start the test (step 5 in the screen shot above), the test results and the associated screen shots will be displayed as they arrive:

With the new iOS support, you will be able to test your cross-platform titles and get reports (including high-level test results, problem patterns, logs, screenshots, and performances data) that are consistent, regardless of the platform and test framework that you use. If you use a cross-platform test framework such as Appium or Calabash, you can use the same code for Android, FireOS, and iOS tests.

Be Prepared
As I said earlier, iOS support will be available in less than a week. You can get ready now by reading the Device Farm documentation and by creating test suites and scripts using one or more of the frameworks that I mentioned above.