SOASTA – Load Testing From the Cloud

I met Tom Lounibos, CEO of SOASTA, at the Palo Alto stop of the AWS Start-Up Tour. Tom gave the audience a good introduction to their CloudTest product, an on demand load testing solution which resides on and runs from Amazon EC2. 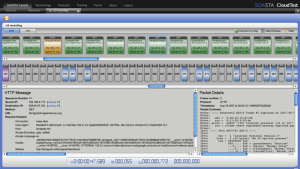 Tom wrote to me last week to tell me that they are now able to simulate over 500,000 users hitting a single web application. Testing at this level gives system architects the power to verify the scalability of sites, servers, applications, and networks in advance of a genuine surge in traffic.

Here are a few of their most recent success stories:

Based on this video, it looks like it is very easy to create a test, run it, and to process and analyze the results. 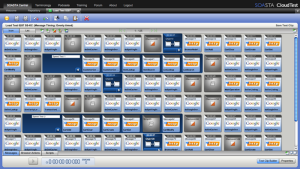 The first step is to record a new test consisting of one or more user scenarios.  Next, the raw test is edited to generalize it and to specify test data, parameters, and variable substitutions. A drag and drop test creation tool is used to create real-world test scenarios on a multi-track timeline, The system under test can be monitored in various ways while the test is run. Once completed, the test results can be viewed and analyzed.

Pricing for CloudTest starts at $1000 per hour.

Modified 3/10/2021 – In an effort to ensure a great experience, expired links in this post have been updated or removed from the original post.