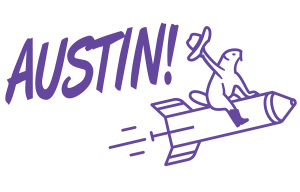 As we’ve been working on Lumberyard over the last couple of years, we’ve assembled a team of industry veterans who are inspired to build a AAA game engine that uses the vast compute and storage of the cloud to help you build otherwise-impossible player experiences, and engage massive communities of fans. In fact, the typical developer on our team has over 10.8 years of industry experience building many of the games that have successfully built those massive communities.

Our team is still growing, and today we’re excited to announce that Lumberyard has opened a new office in Austin, one of the long-standing centers of gravity for great game development talent, and innovation in community-driven games.

We believe Austin is a perfect location for us to continue our quest to help game developers build the community-driven games that push both engine and cloud technology. From the early days of Ultima Online, to some of today’s most beloved MMOs, Austin game teams have helped lead the industry in large-scale, multiplayer experiences.

Building games that connect hundreds of thousands, or millions, of players together used to only be possible for the largest game studios. But today, we hear all the time that developers of all sizes aspire to build games that bring fans together to play, compete, create, and socialize. This isn’t surprising, given that 85% of top PC and console games feature multiplayer in some form, and the top 10 grossing mobile games charts are frequently dominated by games that require the cloud to provide their deep multiplayer, competitive, and social experiences.

Whether you’re about to launch your first Kickstarter, are an established indie, or have years of industry success, we want Lumberyard and AWS to help you spend your time and resources focused on building an amazing connected experience – not navigating all the heavy-lifting of building scalable infrastructure, or undifferentiated backend technologies that players only notice when they can’t connect to their favorite game.

Not only is Austin a great location for experts who have passion and deep experience building some of our favorite MMOs, multiplayer, and community-driven games, it’s also home to one of our new Twitch teams who just set up shop there in July. The Twitch team in Austin is focused on helping developers use Twitch in creative ways to grow community and make money, and we’re excited to work closely together (and have made sure that our desks are well within Nerf distance).

If you’re interested in joining our new Austin office and building on the foundation of Lumberyard, AWS, and Twitch to help developers make the next generation of multiplayer and community-driven games, check out our jobs page here.