Amazon FreeRTOS provides connectivity and security libraries that make it possible for embedded developers, silicon vendors, and OEMs to develop easily cloud-enabled microcontroller-based devices like fitness trackers, sensors, smart power meters, and the like. Because these devices come with different connectivity (Wi-Fi, Ethernet, BLE) and security capabilities (for example, Secure Element), embedded developers implement device-specific Amazon FreeRTOS libraries. To confirm that their implementation is correct, embedded developers perform qualification tests, which are time-consuming and cumbersome. They have to manually run tests that involve modifying the source code to configure test case parameters, compiling and flashing of the test cases onto the microcontroller for execution. In addition, they have to learn about AWS IoT Core and set up cloud resources to perform end-to-end testing.

To show you how AWS IoT Device Tester works, I will pretend to be an embedded developer and use it to test the STM32L4 Discovery Kit IoT Node. The capabilities of this kit include Wi-Fi connectivity and TCP/TLS processing. The embedded developers at STMicroelectronics saved the day by implementing the required Amazon FreeRTOS libraries (Wi-Fi and TLS/TCP) and making it available on the GitHub for anyone to use. (Other silicon vendors with qualified devices have their libraries in GitHub, too.) All I have to do now is to use AWS IoT Device Tester to test their implementation. My faithful Windows laptop works as my embedded development machine. It is connected to the STM32L4 kit through a USB cable. 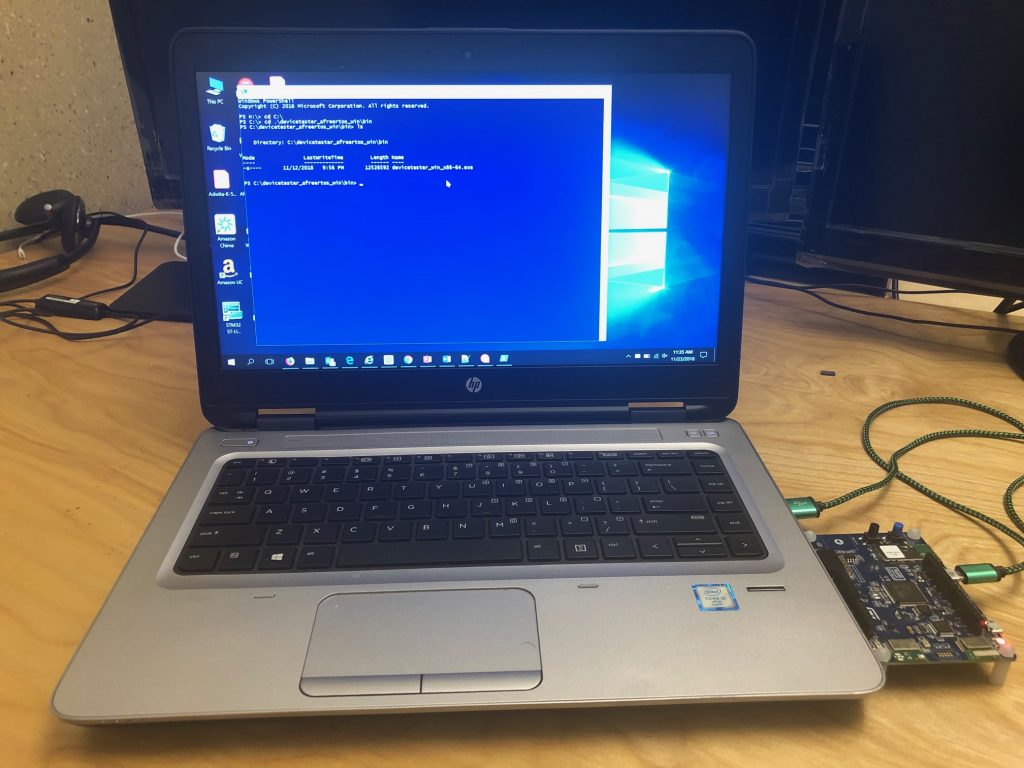 First, to provide AWS IoT Device Tester with my AWS account information, I edited the .\devicetester_afreertos_win\configs\config.json template file in the configs directory. AWS IoT Device Tester uses this information to set up AWS IoT Core cloud resources required for the tests (for example, creating things, downloading certificates, and so on). I provided my credentials through environment variables, so I set AWS_ACCESS_KEY_ID and AWS_SECRET_ACCESS_KEY as environment variables in Windows.

Lastly, to let AWS IoT Device Tester automate the process of building and flashing the test cases onto the STM32L4 kit for execution, I provided the build and flash scripts in the userdata.json template file in the configs folder. I also provided the path to the Amazon FreeRTOS source code on my laptop. If you are using microcontrollers from other vendors like Espressif, NXP, and Microchip, you can configure their build and flash commands in a similar way.

Viewing results
It took less than 30 mins for AWS IoT Device Tester to run the tests. I browsed to the .\results\<uid_of_test_run>\logs folder and opened the devicetester_report.xml to find the status of the tests. The report shows which tests were run and their status. The test report is in JUnit format. You might find this useful if you want to integrate AWS IoT Device Tester results into your existing CI/CD systems like Jenkins, Bamboo, or Hudson. My test report showed all tests passed. Bingo!

AWS IoT Greengrass is software that extends the benefits of AWS IoT Core to the edge. Linux devices that can run AWS IoT Greengrass vary widely in hardware configurations (for example, x86, ARMv7l, ARMv8), Linux versions (Ubuntu, Yocto, and customized Linux to run on appliances), and peripherals (such as Secure Element). OEMs who manufacture these devices wanted an easy and scalable way to verify if AWS IoT Greengrass works on their choice of Linux device. 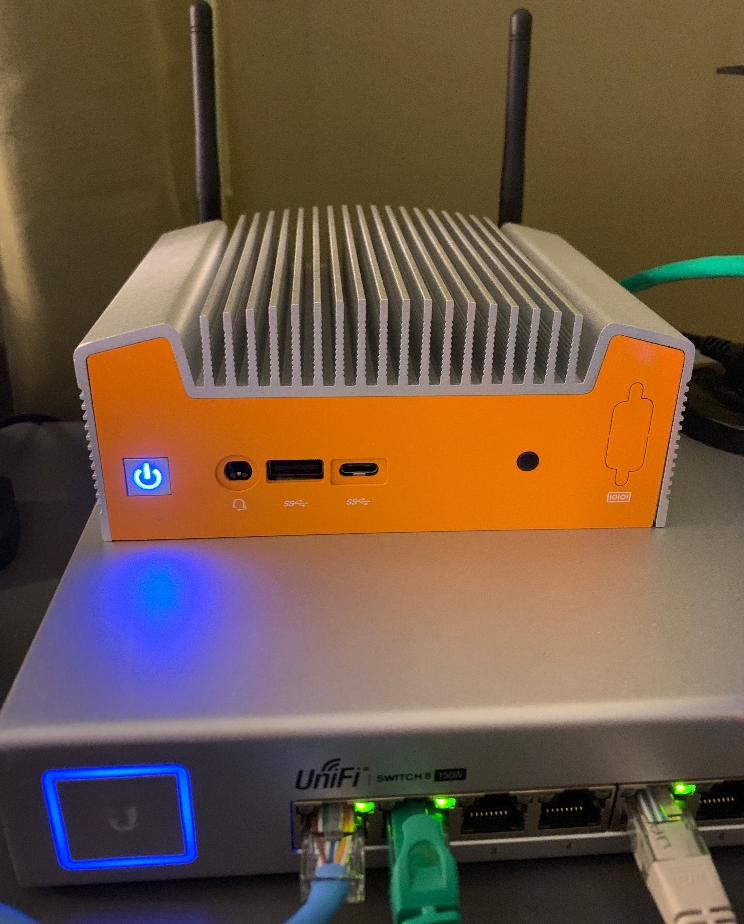 After I connected the device to my network, I downloaded Device Tester from here to my Windows laptop and then extracted it to the devicetester_greengrass_win folder. I provided Device Tester with my AWS account and AWS Region information. The mechanics of this step are identical to what I did in the first configuration step for Device Tester for Amazon FreeRTOS.

Like the Amazon FreeRTOS version, the AWS IoT Device Tester for AWS IoT Greengrass provides a command line interface to run test cases. In PowerShell, I ran the following command from the .\devicetester_greengrass_win\bin folder to let AWS IoT Device Tester execute the qualification test cases on ML100G-50. By default, it runs all of the tests in the Greengrass qualification suite.

It took about 45 mins for AWS IoT Device Tester to run the tests. I browsed to the .\devicetester_greengrass_win\results\GGQ\ folder and opened the devicetester_report.xml to find the status of the tests. The report shows which tests were run and the status. My test report showed that all tests passed. Hurray! 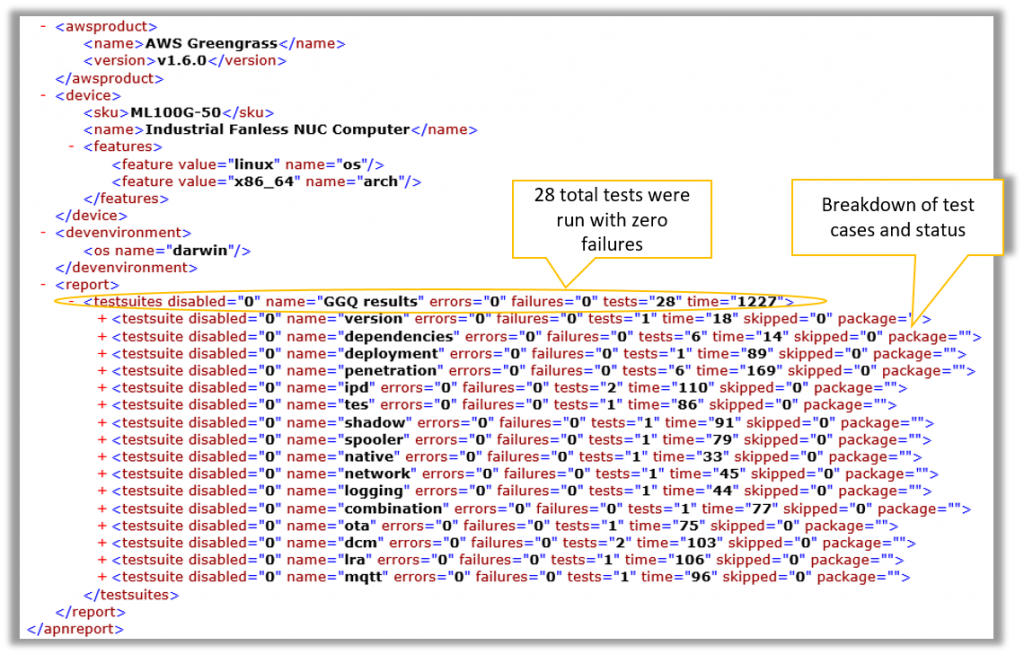