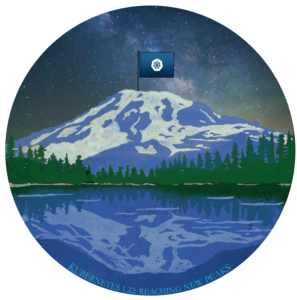 Our commitments to customers and open source software

Security and reliability are hallmarks that make Amazon EKS the most trusted way for enterprise customers to start, run, and scale Kubernetes. In the release process for Amazon EKS 1.22, the intention was to ship with the latest and greatest version of etcd, 3.5.2 (which is recommended for Kubernetes 1.22). As you may recall, etcd is the brains of a Kubernetes cluster as it is the backing store for all cluster data. In etcd 3.5, the community made many performance and reliability improvements. However, two data inconsistency issues led the Amazon EKS team to help verify and consistently reproduce these issues. The Amazon EKS team is working closely with the upstream etcd team to help mitigate these two high severity issues (1, 2) that could leave cluster data in an inconsistent state. The EKS team continues to work with the etcd community towards a fix. The Amazon EKS team prioritizes extensive testing over taking a default path of latest version of all cluster components. Our commitment to rigorous testing and collaboration will have a net positive impact on the open source etcd project and Kubernetes as a whole.

The etcd community has made an announcement to hold off on using etcd 3.5.1 and 3.5.2 pending a fix coming in etcd 3.5.3. The Amazon EKS team will work with the etcd community to contribute to the fixes as well as test the upcoming etcd release with the same rigor and priority that our customers have come to expect. Open source cooperation and contributions are key to running any Kubernetes service at scale. As a result of our continued work with etcd developers, we are shipping Amazon EKS 1.22 with etcd v3.4 with plans to upgrade etcd 3.5.3 (or later) once stable.

If you’re interested in all of the notable features, you should read the Kubernetes Blog release post and full release notes. Some of the notable updates will be highlighted here.  For the complete Kubernetes 1.22 changelog, see https://github.com/kubernetes/kubernetes/blob/master/CHANGELOG/CHANGELOG-1.22.md.

Kubernetes API and feature removals in 1.22

Kubernetes 1.22 comes with many removals of deprecated APIs. Before upgrading to Kubernetes 1.22, please upgrade the removed APIs to their now generally available equivalents. The Kubernetes blog post, Kubernetes API and Feature Removals In 1.22: Here’s What You Need To Know, details what’s been removed and what to put in its place now that these APIs are generally available. Please refer to the latest Amazon EKS Updating a cluster document for specifics on what Amazon EKS customers should do prior to upgrading. One helpful feature that graduated to stable is a warning mechanism for deprecated API use.

Also, the kubectl-convert command is there to help manage some of the needed changes to manifests/apps. kubectl-convert helps folks convert config files between different API versions. Both YAML and JSON formats are accepted. Check the What to do section of the Here’s What You Need To Know blog post for recommendations for migrating API versions. Here are some of the most notable of the several beta Kubernetes APIs going stable in Kubernetes 1.22:

The Kubernetes upstream project, like most open source projects, is run by humans. The cadence going down to three releases a year is a major change for the project and a sign of its maturing feature set. The cadence change is also significant enough to warrant its own blog post as well: Kubernetes Release Cadence Change: Here’s What You Need To Know.

“Prior to this change, an enhancement could graduate from alpha to stable in nine months. With the change in cadence, this period will stretch to 12 months.” The change will also give regular release team members (SIG Release) much-needed breaks between releases and be more accommodating to post-COVID life. A notable technical advantage of this will be “slightly longer periods“ where security updates and bug fixes can be applied to existing Kubernetes versions. (It’s worth noting this is not a long-term support commitment for the upstream project.) And it means a given release might have more updates as there is more time to work on features before code freezes. As always, AWS is diligent about applying security patches and updates to the control plane automatically. Similarly, managed node groups give customers a mechanism to recycle their worker nodes if and when necessary. Amazon EKS is committed to supporting at least four production-ready versions of Kubernetes at any given time.

There is an ongoing Kubernetes community survey about release cadences. If you are a Kubernetes project contributor, user of Kubernetes, are staff of companies that use, resell, or host Kubernetes, please consider taking the survey.

In Kubernetes 1.25, PodSecurityPolicies are being replaced by Pod Security Standards (PSS) and Pod Security Admission (PSA). The Kubernetes Pod Security Standards define different isolation levels for pods. These standards let you define how you want to restrict the behavior of pods in a clear, consistent fashion. The PSA effort includes an admission controller webhook project that implements the controls defined in the PSS. We have updated the Amazon EKS Best Practices Guides accordingly to help customers start testing these new standards.

The Kubernetes control plane sets an immutable label kubernetes.io/metadata.name on all namespaces, provided that the NamespaceDefaultLabelName feature gate is enabled. The value of the label is the namespace name. This is a beta feature.

With this beta feature, customers are able to specify the maximum number of nodes that can have an updated DaemonSet pod during an update. The value can be an absolute number or a percentage of desired pods. The default value is 0. This will help customers in minimizing disruptions due to updates of DaemonSets.

Network policies can target a range of ports

When writing a NetworkPolicy, you can target a range of ports instead of a single port. This is achievable with the usage of the endPort field, as the following example:

In version 1.20, Kubernetes deprecated Dockershim, which allows Kubernetes to use Docker as a container runtime. Docker is still fully functional, but users will need to migrate to a different container runtime before support is removed in the next Amazon EKS major release (1.23). Amazon EKS is removing Dockershim support in version 1.23. You’ll still be able to use Dockershim, but you’ll have to build an AMI for that purpose. It will no longer be included in the optimized AMI that Amazon EKS vends. For information on how to install and manage clusters with containerd, a graduated CNCF project and already in use by Fargate, Bottlerocket, and Windows workers, please see the previous release’s blog post on this topic.

When trying to determine where Dockershim is being used in your environment, the Amazon EKS team realizes this can be difficult at times. To help our customers and the greater Kubernetes ecosystem, we have developed a tool to help with this: Detector for Docker Socket (DDS)

This detector tool is a kubectl plugin that can detect if any of your workloads or manifest files are mounting the docker.sock volume. DDS looks for every pod in your Kubernetes cluster. If pods are part of a workload (e.g., Deployment, StatefulSet, etc.) it inspects the workload type instead of pods directly. The tool can also be used to look at Kubernetes manifest files on disk as well. More details can be found in the project’s README.

You can learn about how to upgrade your EKS version in our blog post, Planning Kubernetes Upgrades with Amazon EKS.

As a friendly reminder, Amazon EKS provides support for at least four Kubernetes versions at any given time. Given the Kubernetes recurrent release cycle, it is critical for all customers to have an ongoing upgrade plan. Amazon EKS support for version 1.18 reached end of support on March 31, 2022. It is no longer possible to create new 1.18 clusters. You can see the Amazon EKS Kubernetes release calendar for more information.

With that in mind, we’re excited for customers to start taking advantage of the numerous enhancements and new generally available APIs in Kubernetes 1.22. Again, a huge thanks to the Kubernetes 1.22 release team for working on this release through the pandemic. Please start making sure you’re ready for Dockershim removal by testing workloads using containerd. Also, keep in mind that the new upstream release cadence (going from four to three releases a year) will mean fewer but potentially larger releases of Kubernetes in the future.