Here’s a summary of the launches and previews that were announced at Midnight Madness!

Previews
Here’s an overview of the previews that were announced, along with links that will let you sign up and/or learn more:

AWS IoT SiteWise Monitor -This new SaaS application lets you monitor and interact with the data collected and organized by AWS IoT SiteWise. You can visualize equipment data & view dashboards (here’s a sample): 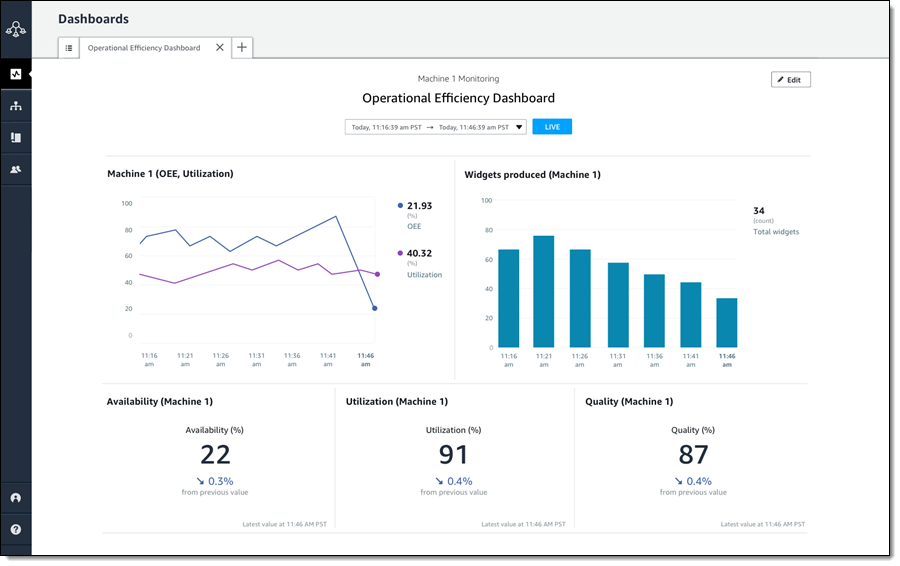