New From Netflix – Asgard for Cloud Management and Deployment 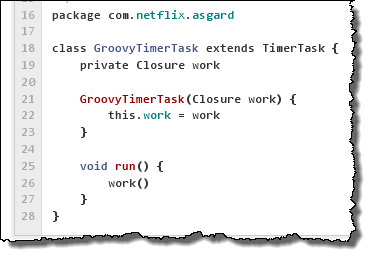 Earlier this week they released Asgard, a web-based cloud management and deployment tool, in open source form on GitHub. According to Norse mythology, Asgard is the home of the god of thunder and lightning, and therefore controls the clouds! This is the same tool that the engineers at Netflix use to control their applications and their deployments.

An Application contains one or more Clusters, some Auto Scaling Groups, an Elastic Load Balancer, a Launch Configuration, possibly some Security Groups, an AMI, and some EC2 Instances. Each application also has an owner and an email address to connect the objects and the person responsible for creating and managing them.

Asgard tracks the components of each application by using object naming conventions (including some limits on the characters allowed in names to allow for simple parsing), tracking the comings and goings in a SimpleDB domain.

There are two distinct ways to deploy new code through Asgard:

Both of these models count on the fact that the AWS components that they use are dynamic and can be created programatically. This, to me, is one of the fundamental aspects of the cloud. If you can’t call APIs to create and manipulate infrastructure components such as servers, networks, and load balancers, then you don’t have a cloud!

I would like to thank Netflix for opening up this important part of their technology stack to the rest of the world. Nicely done!