In 2018, we launched AWS RoboMaker, a cloud-based simulation service that enables robotics developers to run, scale, and automate simulation without managing any infrastructure. As we worked with robot developers and operators, we have repeatedly heard that they face challenges in operating different robot types in their automation efforts, including autonomous guided vehicles (AGV), autonomous mobile vehicles (AMR), and robotic manipulators.

Many customers choose different types of robots – often from different vendors in a single facility. Robot operator want to access the unified data required to build applications that work across a fleet of robots. However, when a new robot is added to an autonomous operation, complex and time-consuming software integration work is required to connect the robot control software to work management systems.

Today, we are launching a public preview of AWS IoT RoboRunner, a new robotics service that makes it easier for enterprises to build and deploy applications that help fleets of robots work seamlessly together. AWS IoT RoboRunner lets you connect your robots and work management systems, thereby enabling you to orchestrate work across your operation through a single system view. 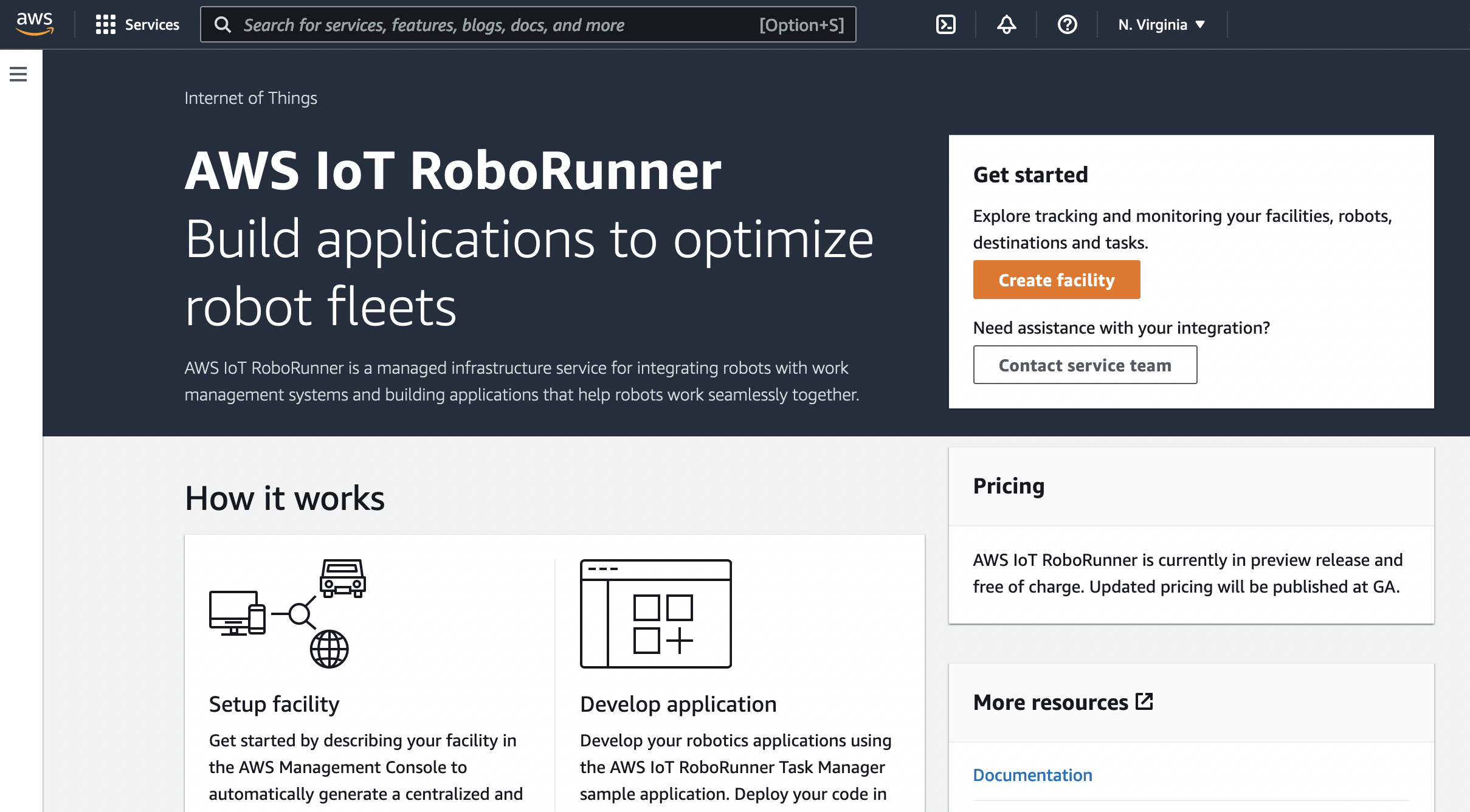 This new service builds on the same technology used in Amazon fulfillment centers, and now we are excited to make it available to all developers to build advanced robotics applications for their businesses.

AWS IoT RoboRunner in Action
You can create a single facility (e.g., site name and location) in the AWS Management Console to get started with AWS IoT RoboRunner. Behind the scenes, AWS IoT RoboRunner automatically creates centralized repositories for storing facility, robot, destination, and task data. Then, the robots working on this site are setup as a “Fleet”, and each individual robot is setup in AWS IoT RoboRunner as a “Robot” within a fleet.

You can download the Fleet Gateway Library to develop integration codes for connecting your robots and WMS systems with AWS IoT RoboRunner to send and receive data from individual robot fleets. You can also develop the first robotics management application using the Task Manager Library and deploy Task Manager codes as an AWS Lambda function and Fleet Gateway codes on-premises as an AWS IoT Greengrass component.

To enable a single-system view of the robots, status of the systems, and progress of tasks on the same interface, AWS IoT RoboRunner provides APIs that let you build a user application. AWS IoT RoboRunner provides sample applications for allocating tasks to robot fleets so that you can get started quickly. You can customize the task allocation code with business requirements that align to your use case. 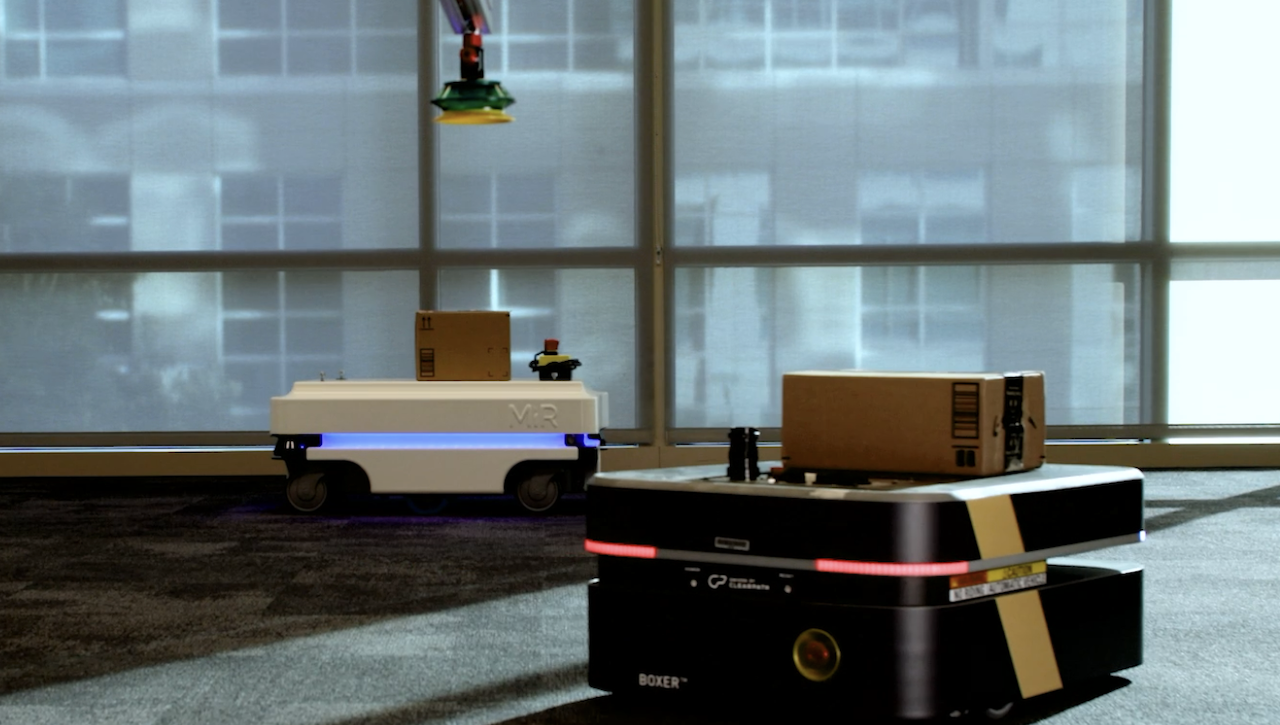 Try Public Preview Now
AWS IoT RoboRunner is now available in public preview, and you can start using them today in the US East (N. Virginia) and Europe (Frankfrut) Regions. There will be no additional cost to use this feature during the preview period.

You can send feedback to robotics-contactus@amazon.com, the AWS forum for AWS IoT, or through your usual AWS Support contacts.