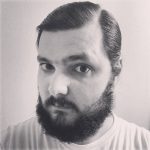 Sometimes, messages can’t be processed because of a variety of possible issues, such as erroneous conditions within the producer or consumer application. For example, if a user places an order within a certain number of minutes of creating an account, the producer might pass a message with an empty string instead of a customer identifier. Occasionally, producers and consumers might fail to interpret aspects of the protocol that they use to communicate, causing message corruption or loss. Also, the consumer’s hardware errors might corrupt message payload. For these reasons, messages that can’t be processed in a timely manner are delivered to a dead-letter message queue.

The recent post Building Scalable Applications and Microservices: Adding Messaging to Your Toolbox gives an overview of messaging in the microservice architecture of modern applications. This post explains how and when you should use dead-letter queues to gain better control over message handling in your applications. It also offers some resources for configuring a dead-letter message queue in Amazon Simple Queue Service (SQS).

What are the benefits of dead-letter queues?

High-throughput, unordered queues (sometimes called standard or storage queues) keep processing messages until the expiration of the retention period. This helps ensure continuous processing of messages, which minimizes the chances of your queue being blocked by messages that can’t be processed. It also ensures fast recovery for your queue.

In a system that processes thousands of messages, having a large number of messages that the consumer repeatedly fails to acknowledge and delete might increase costs and place extra load on the hardware. Instead of trying to process failing messages until they expire, it is better to move them to a dead-letter queue after a few processing attempts.

Note: This queue type often allows a high number of in-flight messages. If the majority of your messages can’t be consumed and aren’t sent to a dead-letter queue, your rate of processing valid messages can slow down. Thus, to maintain the efficiency of your queue, you must ensure that your application handles message processing correctly.

FIFO (first-in-first-out) queues (sometimes called service bus queues) help ensure exactly-once processing by consuming messages in sequence from a message group. Thus, although the consumer can continue to retrieve ordered messages from another message group, the first message group remains unavailable until the message blocking the queue is processed successfully.

Note: This queue type often allows a lower number of in-flight messages. Thus, to help ensure that your FIFO queue doesn’t get blocked by a message, you must ensure that your application handles message processing correctly.

When should I use a dead-letter queue?

How do I get started with dead-letter queues in Amazon SQS?

Amazon SQS is a fully managed service that offers reliable, highly scalable hosted queues for exchanging messages between applications or microservices. Amazon SQS moves data between distributed application components and helps you decouple these components. It supports both standard queues and FIFO queues. To configure a queue as a dead-letter queue, you can use the AWS Management Console or the Amazon SQS SetQueueAttributes API action.

To get started with dead-letter queues in Amazon SQS, see the following topics in the Amazon SQS Developer Guide: