How to use the new platform

To use the new platform, create an environment with the new platform selected. Both the AWS Toolkit for Visual Studio and Elastic Beanstalk console now default to the new version 2 platform. 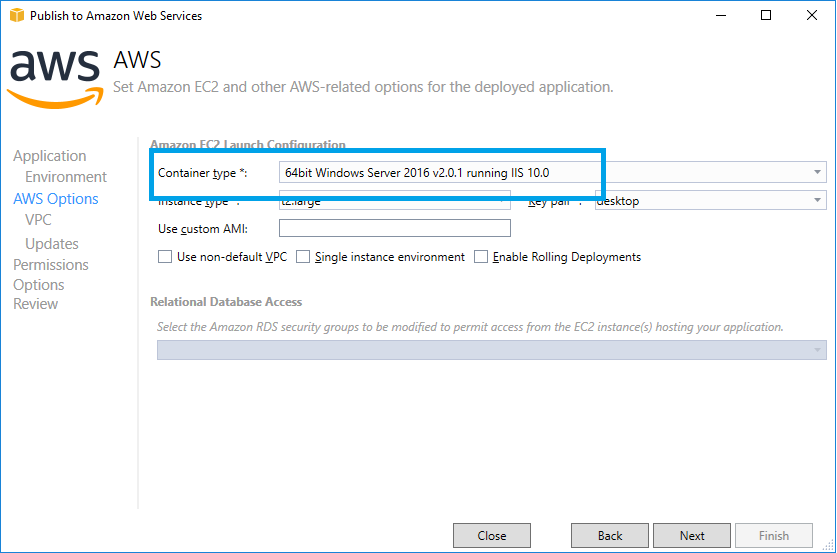 (The create new environment wizard from the Elastic Beanstalk console)

The biggest feature in version 2 is the new enhanced health reporting and monitoring. This feature is what provides the greater insight into the overall health, and can help you identify issues. Enhanced health also provides the information to the Elastic Beanstalk service to better understand how to roll out deployments. It uses the information to determine when a deployment is safe to continue or abort.

To take advantage of enhanced health reporting, you have to enable the feature on the Elastic Beanstalk environment. In Visual Studio, you can do this in the deployment wizard. Note that this option is displayed only if you’re deploying to a version 2 platform. 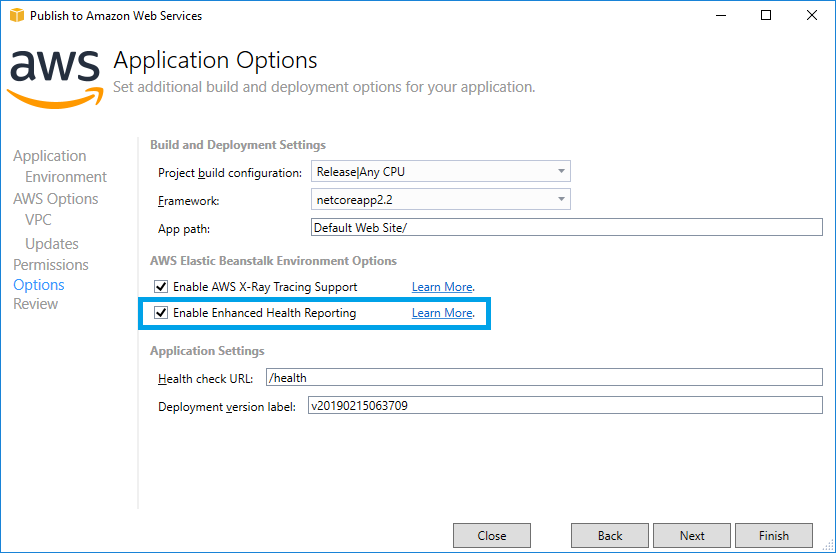 In the Elastic Beanstalk console, you enable enhanced health under Modify monitoring on the Configuration page. 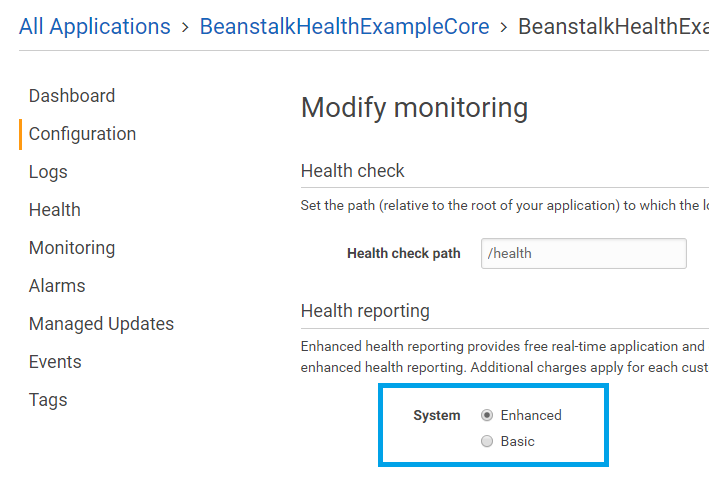 Once you enable enhanced health you can get a near real-time view of the health of your environment from the Health page in the Elastic Beanstalk console. Here is an environment that I recently deployed. It doesn’t have much traffic other then the health checks coming in from the load balancer averaging .2 requests per second.

Let’s make this dashboard a bit more interesting by throwing some traffic at it.

Here you can see how the environment is responding to the increase in traffic by automatically spinning up new instances. I can also quickly see HTTP status codes and latency. If I combine this dashboard with the recently released .NET X-Ray support, https://aws.amazon.com/blogs/developer/aws-x-ray-support-for-net-core-is-ga/, I can see my application is having some failed requests and troubleshoot the problem using the X-Ray tracing data.

In this example, I think the request to ../api/slowandwithwerrors looks pretty suspect. I should probably go back and revise that code.

To enable immutable environment updates, select Immutable as the Deployment policy in Modify rolling updates and deployments on the Configuration page. 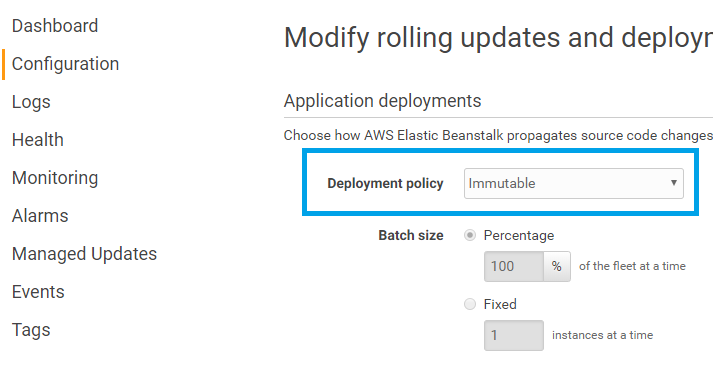 Here’s what enhanced health looks like as I do an immutable environment update. At this point I have two instances running the previous code, which can be identified by their deployment ID (Dep. ID) of 7, and one new instance has been created running the newest code with a Dep. ID of 8. That new instance has passed its health checks, so Elastic Beanstalk knows it’s safe to spin up another instance that is currently pending. This is done to match the number of EC2 instances running the application on the previous code. 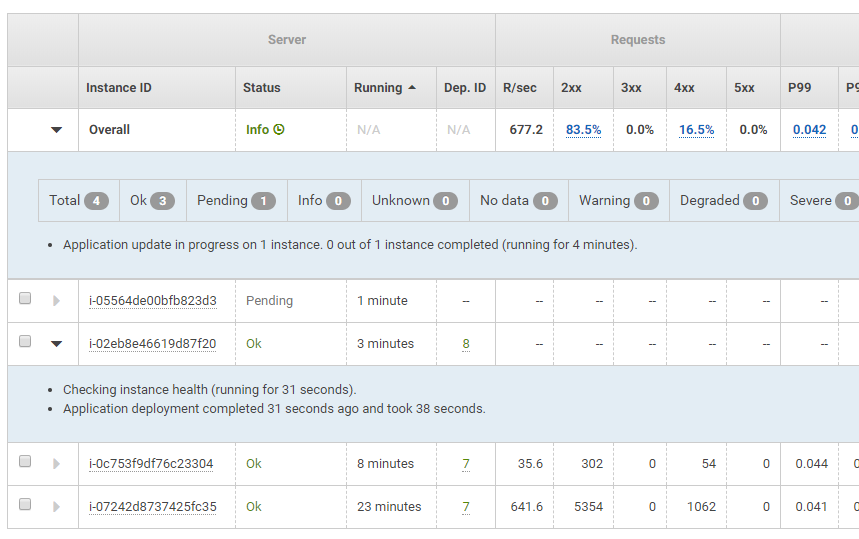 After all of the new EC2 instances are launched and successfully running the new code, we can see that the older EC2 instances running Dep. ID 7 have been terminated.

Now we have completed the deployment with new EC2 instances that never had any previous version of the application installed. We also never had reduced compute capacity during the deployment.

This is a big update for Windows developers on AWS. Elastic Beanstalk is one of the fastest ways to get your ASP.NET and ASP.NET Core applications up and running on AWS, and this update provides a lot of controls for your production deployment and monitoring. If you’ve never used Elastic Beanstalk before, see Working with .NET in the AWS Elastic Beanstalk Developer Guide. https://docs.aws.amazon.com/elasticbeanstalk/latest/dg/create_deploy_NET.html