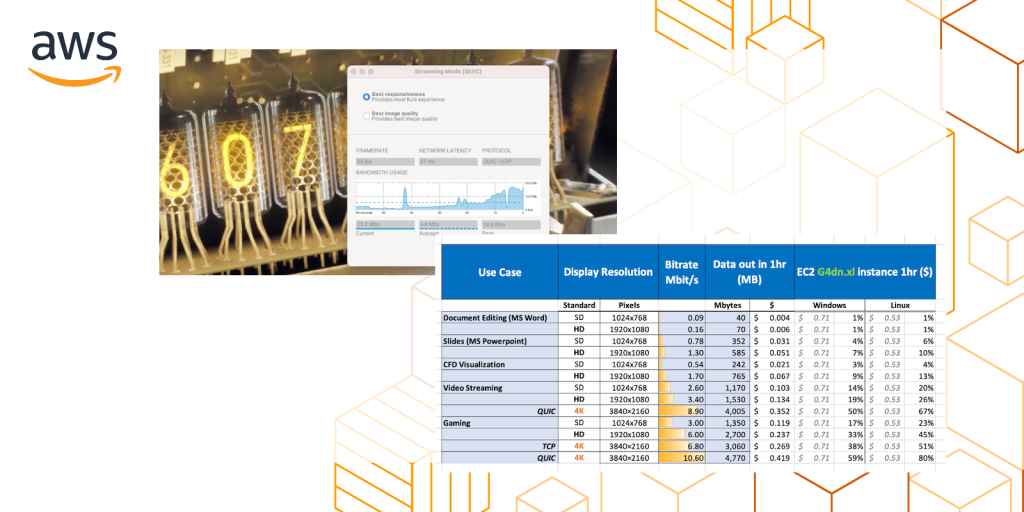 Recently, we talked about the advances NICE DCV has made to push pixels from cloud-hosted desktops or applications over the internet even more efficiently than before. Since we published that post on this blog channel, we’ve been asked by several customers whether all this efficient pixel-pushing could lead to outbound data charges moving up on their AWS bill. We decided to try it on your behalf, and share the details with you in this post. The bottom line? The charges are unlikely to be significant unless you’re doing intensive streaming (such as gaming) and other cost optimizations (like AWS Instance Savings Plans) that will have more impact on your bill.