Customer IoT applications require rapid over the air (OTA) updates to maintain the state of their IoT things. This becomes increasingly important as IoT fleets grow. Jobs for AWS IoT Device Management is a feature to push updates to targeted edge devices. Each job targets devices in static or dynamic AWS IoT thing groups. Static thing groups include a set of specified IoT things while dynamic thing groups contain things that match a specified query and automatically update if things are added that match this query. This blog provides design patterns to help customers achieve updates at the fastest possible rate of devices per minute (Thing Targets that Pre-exist AWS IoT Registry Entry and Target Priming), which is required for large scale rapid deployments. This blog also describes design patterns to target devices that cannot be modeled using a single thing group (e.g., cannot be described using a simple query) by creating an Include List or a Query with Exclude List.

This solution (Github repo) provides strategies to roll out jobs at the maximum account level rate even as the job target thing groups are being populated. The challenges that this solution helps customers overcome include job rollout rate limitations due to:

The AWS IoT Core and AWS IoT Device Management service limits that govern the maximum rate of job updates that can occur (devices/min) include:

Each of these limits can be increased with a service request to increase the overall job rate.

There are scenarios where a device manufacturer or device provisioner has information about the device before it is registered in AWS IoT as a thing. For this use case, a continuous job can be created before the thing exists in the cloud. If the target is a dynamic group, the job will be queued at the time the thing is registered as long as the thing is selected by the group query. If the target is a static group, the thing will need to be manually added to the group when registered using the AddThingToThingGroup API. This manual addition process is described in more detail in the following Include List and Query with Exclude List sections.

A job queues devices that are available in the target thing group at the selected job execution rate (i.e., maximum value is MaximumJobExecutionsPerMinute). This means that the job execution rollout rate is the lesser of two rates (1) the rate at which devices are added to the thing group (not desirable), and (2) the job executions rollout configuration parameter. Target priming is the process of populating the target groups with devices at a rate that is faster than the MaximumJobExecutionsPerMinute to maximize the rollout rate of job Executions for a given job.

The Include List and Query with Exclude List design patterns in the following sections include generating and populating static thing groups from a list of things. Appropriate storage and compute resources should be allocated for processing large lists. These design patterns provide job roll out at the maximum rate (MaximumJobExecutionsPerMinute) even as the target groups are being populated. Bulk Registration can also be used to add a list of things to a thing group when time is not a constraint.

This use case applies when the target group of things are provided as a list that cannot be modeled using a query. With a list, additional considerations are required to target things that are on the list but are added to the account after job creation.

This use case applies when the target group of things are provided as a query with an additional list of things that need to be excluded such that the target cannot be modeled using the query alone. With an exclude list, additional considerations are required to avoid adding things that are on the exclude list and are added to the thing registry after job creation.

This walkthrough demonstrates how to create a job that will nearly instantly start queueing AWS IoT things regardless of number of things. The target group includes things that are selected based on a fleet index query but removes a custom list of things that are provided as an exclude list. This pattern is used to demonstrate how to address scenarios when things cannot be modeled with a simple query.

To clean up your account so that you do not incur future charges:

As IoT fleet sizes grow, more customers are asking for ways to rapidly push over the air updates to their devices. The design patterns and code sample demonstrate ways to 1) target subsets of the IoT fleet for updates and 2) automate jobs to push updates at the service limit MaximumJobExecutionsPerMinute. This walkthrough provides AWS Lambda functions to operate at the peak jobs speed even when requiring complex patterns for IoT thing targets.

For further information on the services used, you can consult the AWS IoT Core and AWS IoT Device Management web pages. 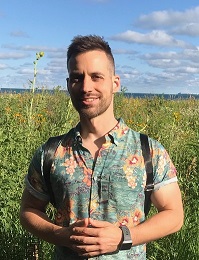 David is a Senior Sustainability Application Architect with AWS Professional Services with a Ph.D. in Environmental Engineering. He helps AWS customers achieve their sustainability business goals by architecting and building innovative solutions on AWS. His focus is on using AWS services to help customers across industries to measure and reduce their carbon emissions from their own business operations. 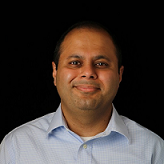 Manish is a Senior Machine Learning and IoT Architect with AWS Professional Services. He helps AWS Customers achieve their business goals by architecting and building innovative solutions that leverage AWS IoT services on the AWS Cloud.