We often see security breaches depicted in media and popular culture. In the HBO series Silicon Valley, a compromised refrigerator is used by hacker Gilfoyle to run a malicious piece of software. The reality of connected devices isn’t very different from this fictitious scenario.

The compromised refrigerator can send consumer data to unauthorized endpoints. Connected devices such as a connected refrigerator need to be secured to ensure safe operation of IoT applications.

However, it can be a challenge for organizations to manage the security of connected devices. Despite all the security measures in place, a determined hacker such as Gilfoyle can still manage to infiltrate your connected devices. Detecting a compromised device is critical to taking timely action. AWS IoT Device Defender, in conjunction with an agent running on your device, enables you to detect abnormal device behavior and take necessary action.

In this article, we walk you through the following:

The following diagram shows the high-level architecture for our setup 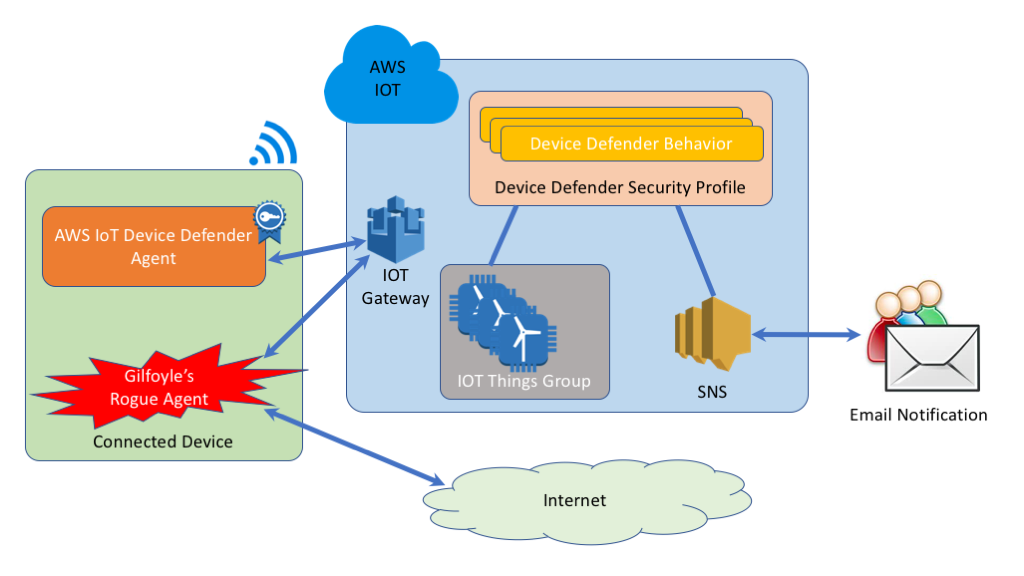 Set up your connected device

Follow these steps to create a representation of your device in AWS IoT Core, and generate the necessary security credentials to allow your device to talk to AWS IoT Core.

Let’s call the device “MyDevice”. At this point, you will have a “MyDevice” AWS IoT Thing created in your AWS account. You should also have downloaded a security certificate onto your device. The newly created device should appear in your AWS IoT console, as shown here.

The AWS IoT Device Defender agent should now be publishing metrics and you should see logs in the terminal, as shown here.

The cloud infrastructure involves the following:

We create an AWS IoT Thing Group named “allMyDevices” to associate with the AWS IoT Device Defender security profile. We will add the “MyDevice” Thing we created above to this group.

We will create an SNS notification, “MisbehavingDevices”, and add an email subscription to it.

You will get an email at the end of this process. Follow the link in the email to complete the SNS notification process. Make a note of the ARN of the SNS topic we created. We will need this during the security profile definition.

In the security profile, we will add two behaviors: one cloud side and one device side. The device-side behavior is reported by the AWS IoT Device Defender agent that we installed previously.

Go back to the AWS IoT Device Defender console. Navigate to Security profiles under the Defend, Detect section, and then choose Create. Name your security profile “CheckRogueDevices”. Create two behaviors: “msgReceive” and “bytesOut” by selecting Add behavior and selecting the appropriate Metric, Operator, and Value, as shown in the following figure. 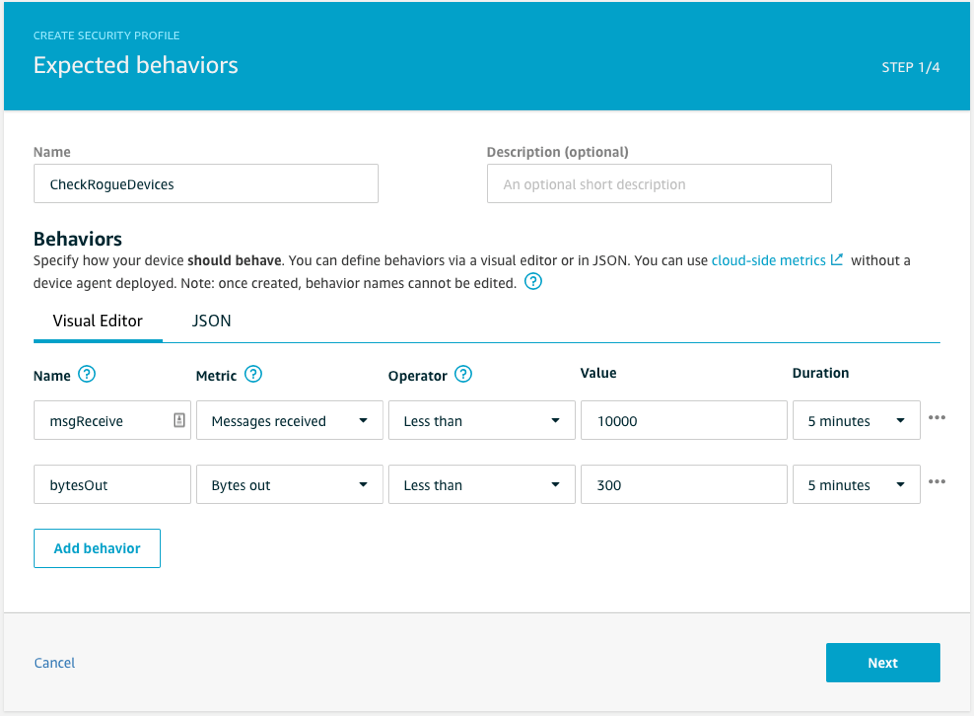 Choose Detect, Security profiles, CheckRogueDevices. At this point you should see the following screen in your AWS IoT Device Defender console. 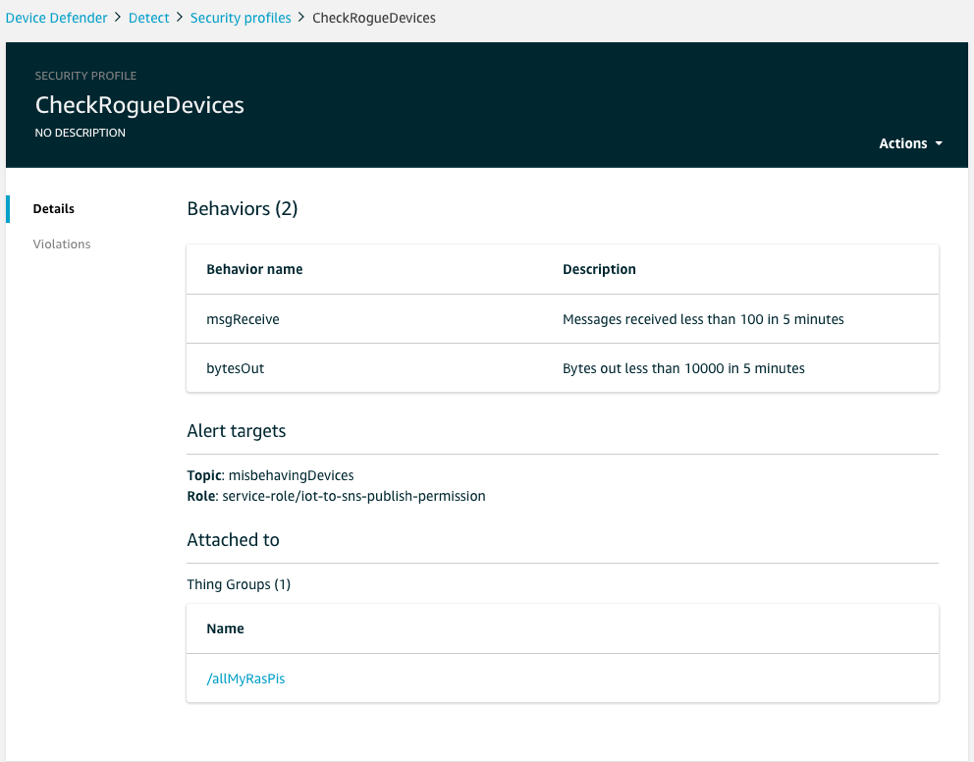 Now let’s simulate a hacked device by running an agent that generates random packets of data, sends them to AWS IoT Core, and also receives the same packets. The amount of traffic generated by this rogue agent is more that the criteria we have specified in the behaviors we created above and should be sufficient to generate AWS IoT Device Defender violations.

Here is the code snippet of the rogue agent that is generating malicious traffic.

Copy the code for the rogueAgent.py file in the DDAgent folder you created earlier.

Run the following command to start the rogue agent:

The rogue agent should be sending and receiving random messages to AWS IoT Core. You should see messages in your console, as follows: