Developers will find the export/import feature helpful: where multiple developers, working in parallel, need repeatable mobile backend deployments for testing and debugging; in open source sharing contexts; and for getting-started projects, short-cutting tutorial setup, or as a working template to build from.

How Does It Work? For exporting, you create a project, enable features, and configure resources as you normally would. You then select the project card and select export. The export is a zipped YAML file that can be imported into your own account as another project. You can also share the file with another user or account for the user to import.

We’ll show you how easy it is to export, import, and clone a Mobile Hub project.

You can export a project by selecting the export button on your project card. Exporting a project creates a zipped YAML file. The YAML file represents all the configured backend resources and features enabled in your project. 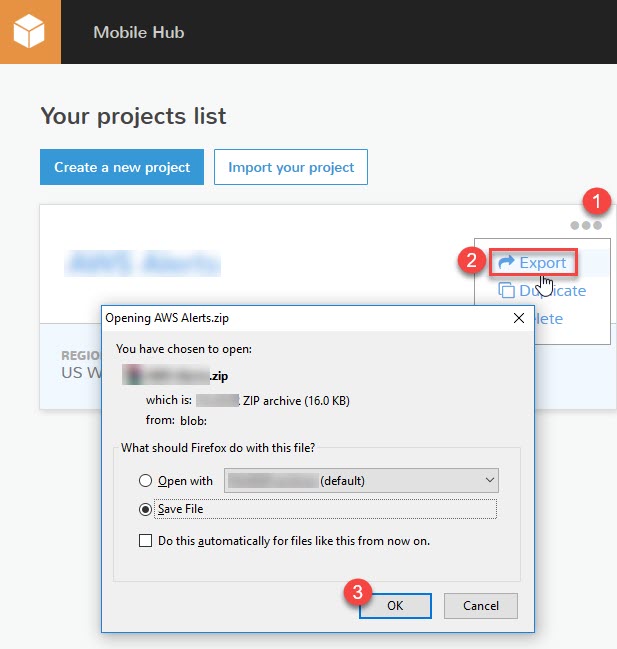 To import a project, select Import your project in the project list page and drag and drop the exported zipped YAML file into the Import project modal. After you select the zipped Mobile Hub project file for importing, the project name is pre-populated according to the name of the zip file. You can change the name of the project and select the region where you want resources to be created.

Importing the zipped YAML file into the AWS Mobile Hub console creates a new project and begins provisioning the backend resources and features defined in the YAML file.

Cloning a project combines export and import into a single step. You can only clone your own projects. Cloning a project creates a project with the same provisioned backend services and  features as the project you cloned it from. 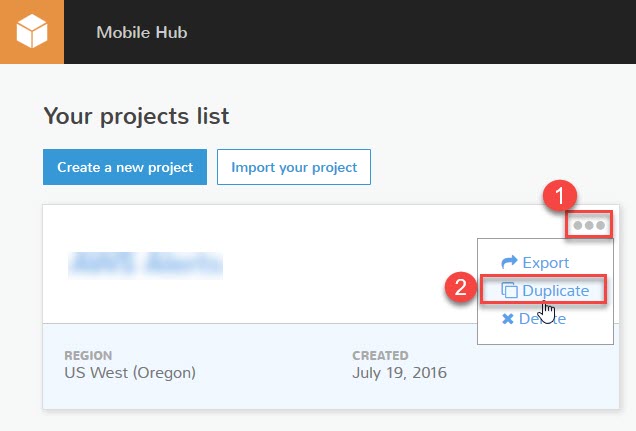 Limitations of Cloning and Importing Projects