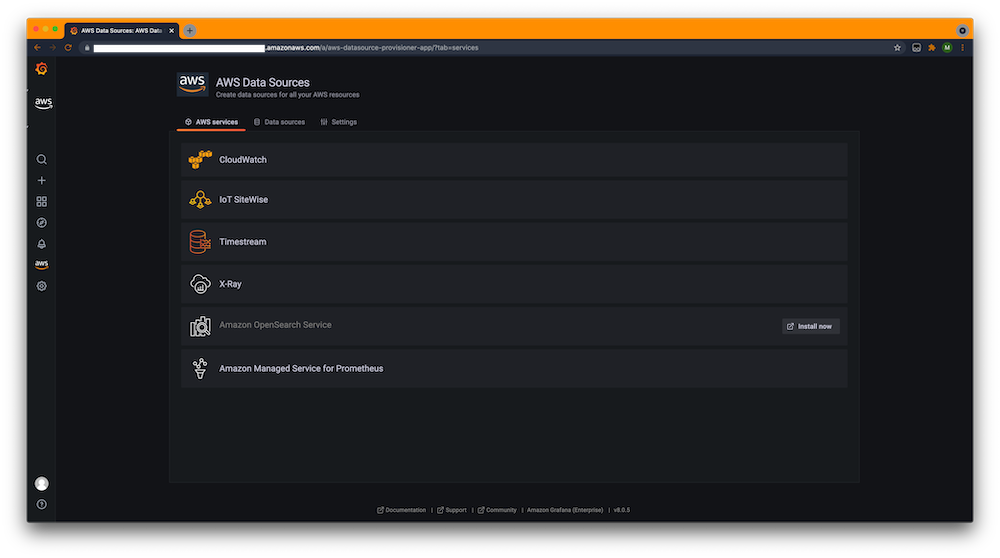 Throughout the preview period, we’ve seen a lot of interest in Amazon Managed Grafana and noticed many use cases from our customers using it. These range from the natural habitat Grafana populates with Prometheus in the context of Kubernetes workloads, specifically in conjunction with our Amazon Managed Service for Prometheus (AMP) offering, to Internet of Things (IoT) use cases and kiosk usages. Moreover, we’ve seen Amazon Managed Grafana applied in transportation verticals, financial institutions, as well as retail.

Heavily influenced by the feedback from our customers in preview, we decided to prioritize authentication options, automation, and support more regions for GA. Furthermore, we’re taking advantage of the many new features in Grafana 8, as part of our collaboration with Grafana Labs. We’ve also heard that many of you would like support for more plugins, so we’ve added 9 new plugins that are automatically available in Amazon Managed Grafana, no installation required.

So, let’s dive into what’s new for Amazon Managed Grafana and, in case you want a more hands-on approach, we’ll refer to some deep-dive content, demonstrating the features in action.

To discover how to configure these Identity Providers in Amazon Managed Grafana and explore the dedicated SAML applications built by our IdP partners to simplify the SAML setup, take a look at our blog post here as well as the Google IdP recipe. 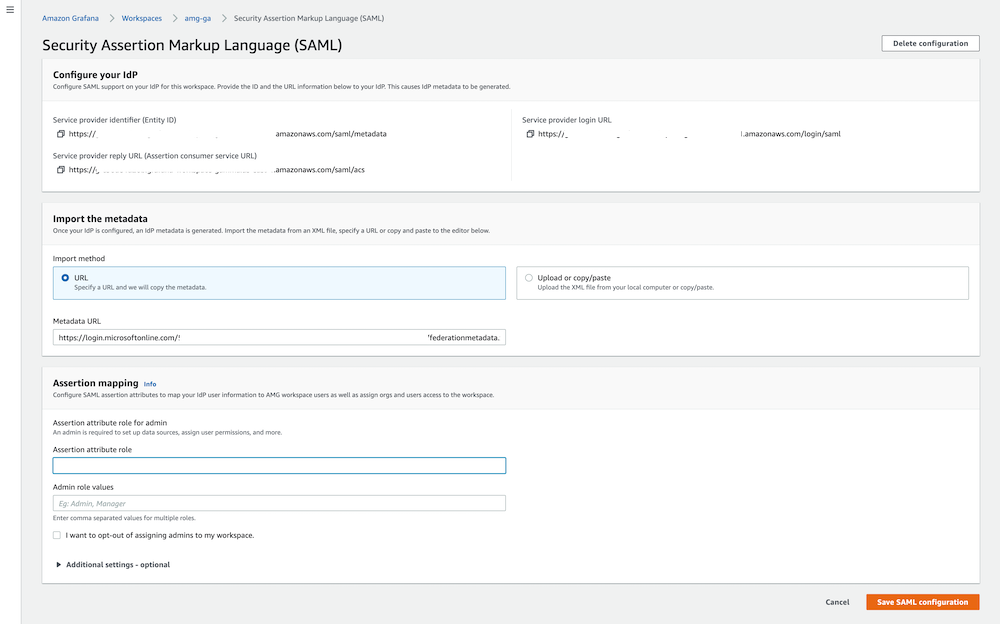 We’ve teamed up with popular Identity Providers, such as OneLogin, Okta, Ping Identity, Azure AD,and CyberArk, to create a seamless experience for setting up SAML authentication with Amazon Managed Grafana. Moreover, customers can utilize their personal choice of SAML 2.0 based Identity Providers. This allows greater flexibility in selecting the IdP of their choice and the utilization of the existing IdP without interrupting user workflow.

Amazon Managed Grafana supports multiple datasources for customers to connect to and visualize data from. Along with several other datasources, the following is a sample list of datasource plugins that are available through Grafana Enterprise license:

To help our customers deploy Amazon Managed Grafana in their environments, we’ve teamed up with the following partners at launch:

With GA, we added support for API keys in Amazon Managed Grafana, allowing you to automate the creation of dashboards and other Grafana resources. The API key is an RFC 6750 HTTP Bearer header with a 51 character long alpha-numeric value authenticating the caller with every request against the Grafana API. These API keys have a maximum lifetime of 30 days, and you should treat them like passwords. Utilize good practices around sensitive information, such as not storing them in plain text.

To discover how to use Terraform for Grafana automation, check out the relevant observability recipe. We’ll show you how to use the Terraform Grafana provider to add a Prometheus (AMP) data source to Amazon Managed Grafana: 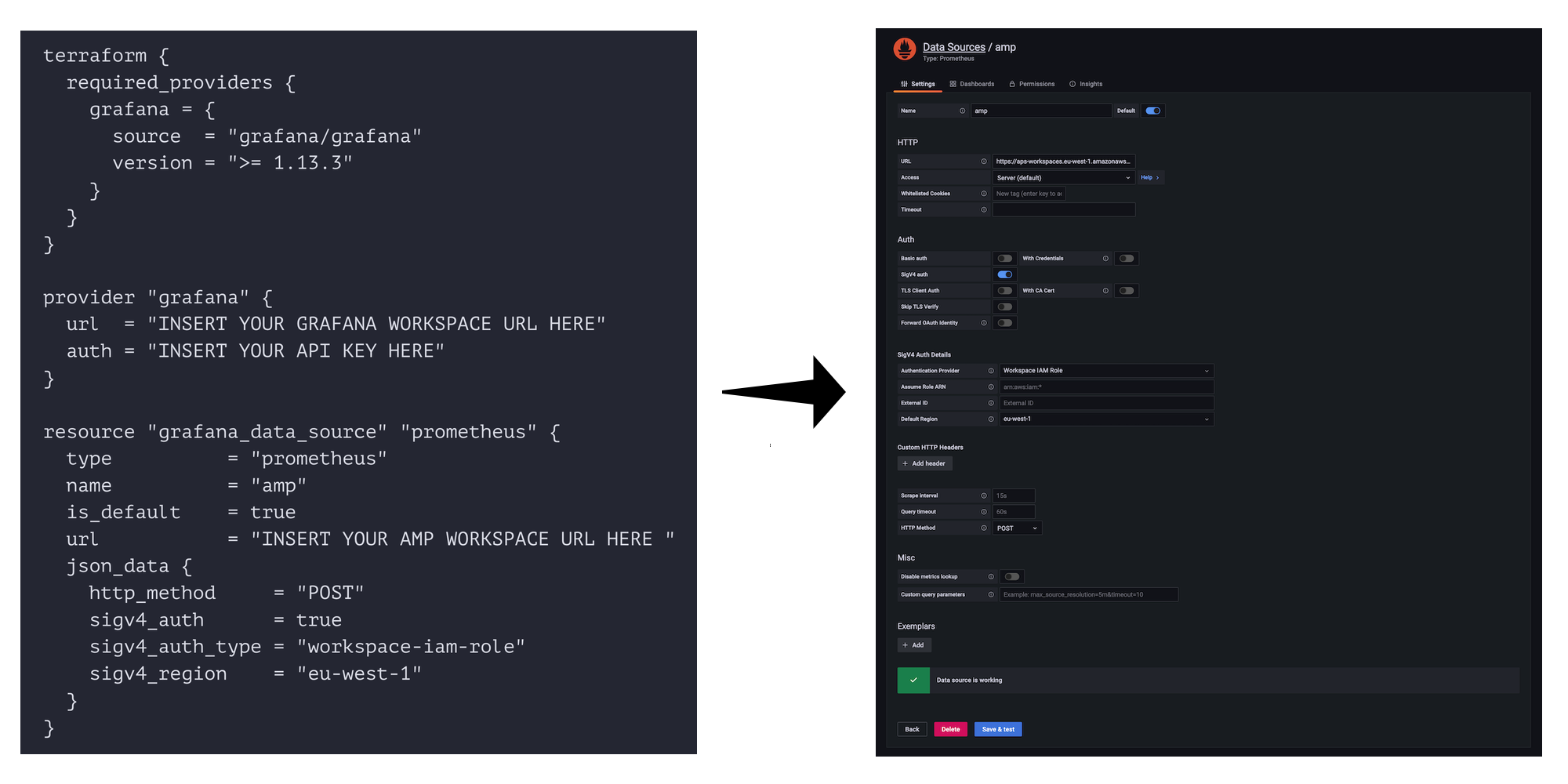 Figure 3: Example of how terraform configuration translates into a data source setting in Amazon Managed Grafana

The preview started in the US East (N. Virginia) as well as Europe (Ireland), and this GA launch lets you utilize Amazon Managed Grafana worldwide, specifically in the ten following regions:

In the preview we offered Grafana 7, now GA lets us upgrade to Grafana 8 with the following features:

Breaking changes with version 8 include:

In addition to the Grafana 8 features, we also added nine new data source plugins, based on customer feedback:

Furthermore, please let us know the other regions you plan to use Amazon Managed Grafana in, as well as which features you want to see next, and then share your use cases with us. We love to hear what plugins you like using and what is missing.

Last but not least, if you want to learn more and see Amazon Managed Grafana in action, we invite you to join our webinar on September 9th from 9am to 10:15am PST. You can register for the webinar today, and we look forward to seeing you there.