State Manager and Run Command, part of EC2 Systems Manager, automate management tasks by providing a secure, and easy to use platform to maintain state and remotely execute commands on large groups of instances. Using these tools also addresses many of the common challenges of managing infrastructure at scale. Here are some of the benefits of these tools:

In this blog post, I will show you how to execute configuration management directives using Ansible on your instances using State Manager and Run Command, and the new “AWS-RunAnsiblePlaybook” public document. This document runs Ansible locally on your instances.

Ansible can be installed as part of the bootstrapping of the instance or with Run Command. The following is some reference information you can use to install Ansible on different Linux distributions:

Amazon Linux
For Amazon Linux Ansible can be installed using pip. You can use the following command.

Ubuntu
For Ubuntu you can install Ansible using the default package manager. Use this command.

RedHat 7
For RedHat 7 you can install Ansible by enabling the epel repo. Use the following commands:

The “AWS-RunAnsiblePlaybook” document has a few parameters that can be used to execute playbooks locally:

The document performs a few checks and then execute the playbook specified in the parameter. Here is a summary of how the logic works:

Let’s walk through the process of using State Manager to set the desired state for an instance using Ansible Playbook. To understand better how you can use this new public document with State Manager, let’s imagine you have a fleet of servers running Apache. You want to make sure that the web server software is installed and running all the time.

This playbook installs Apache and makes sure is running. It has some logic to use different package management tools depending on the operating system:

From the EC2 section of the AWS Console, select “State Manager” from the “System Manager Services” section of the left pane menu, and click on “Create Association”.

Select the “AWS-RunAnsiblePlaybook” document, your target instances (or tag) and the application schedule. In the Parameters section, since the playbook will be specified as direct YAML text, let’s just paste it on the Playbook field and leave the Playbookurl field empty. 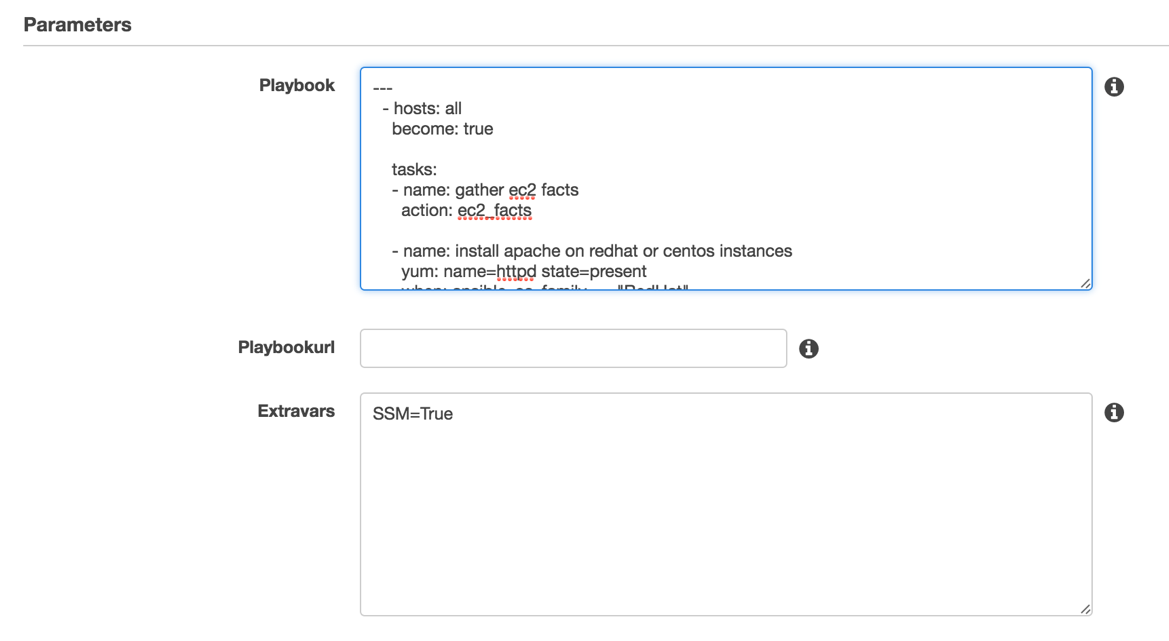 In the Extravars field, we can enter any additional variables we would like to pass to the playbook for execution. In this case we are not using any additional variables, so we take the default. Select if you want to use the Check option.
After you click the “Run” button, the console will display the Association ID of this run, which you can to see the result and verify the output from the console.

Run Command lets you rate control remote execution by configuring maximum number of concurrent invocations and errors allowed. This feature will set a threshold to detect errors and stop the execution if the threshold is passed.

This command performs the following actions:

In this post, we’ve showed you how to use State Manager and Run Command to deploy Ansible playbooks at scale. These tools are secure, easy to use platforms that let you perform remote administration and maintain state of your hybrid instances. You can control the rate at which you send commands, use fine-grained permissions, and use notifications to simplify your workflow. 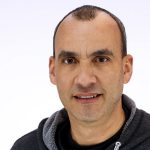 Andres Silva is a Senior Technical Account Manager for AWS Enterprise Support. He has been working with AWS technology for more than 6 years. Andres works with Enterprise customers to design, implement and support complex cloud infrastructures. When he is not building cloud automation he enjoys skateboarding with his 2 kids.