Whether you have multiple peered AWS Transit Gateways, on premises VPN connections, or AWS Direct Connects, we show how to use Route Analyzer to resolve network connectivity issues. We also discuss an architecture that highlights a common use case.

Within our reference architecture, we have three Transit Gateways. These are located in: US-West-2 (Oregon), US-East-1 (North Virginia), and EU-Central-1 (Frankfurt). All of these AWS Transit Gateways are connected with one another in a hub and spoke configuration. Within this architecture, the North Virginia Region acts as the primary, and the Oregon Region acts as disaster recovery (DR). The Frankfurt Region acts as an expansion into the European markets to serve content to local users. Within each Region, we have created at least two VPCs, with the primary North Virginia Region containing three VPCs: 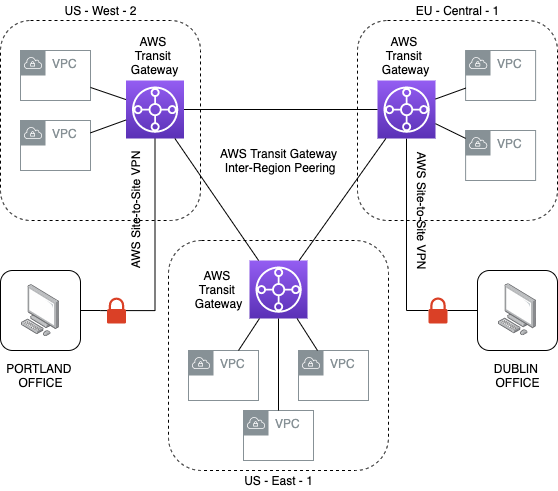 To help demonstrate the capabilities of the Route Analyzer feature, the route to the EU-Central-1 VPCs (10.0.2.0/24) was removed from the US-West-2 AWS Transit Gateway route table. In addition, the route to the US-West-2 VPCs (10.0.0.0/24) was also removed from the EU-Central-1 AWS Transit Gateway route table: 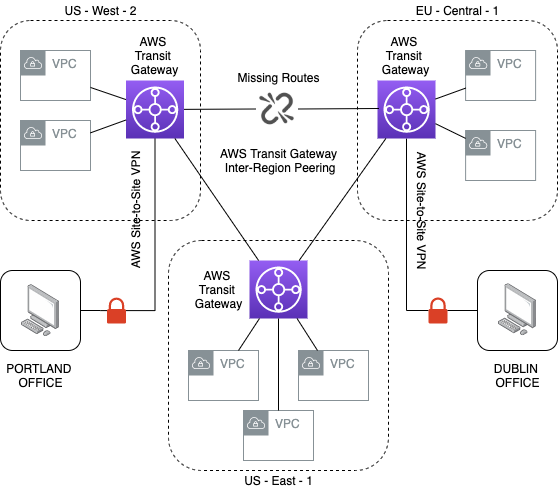 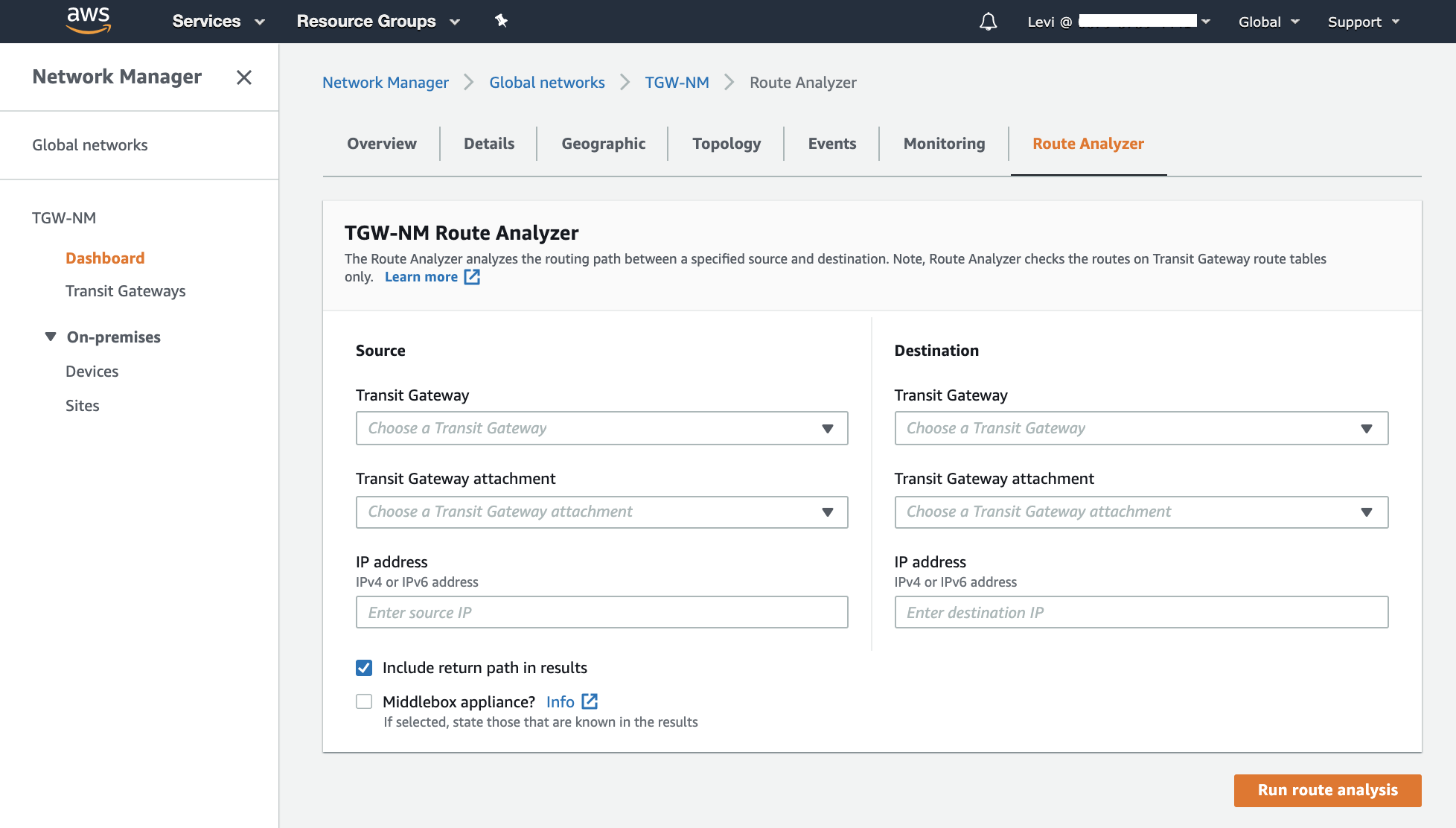 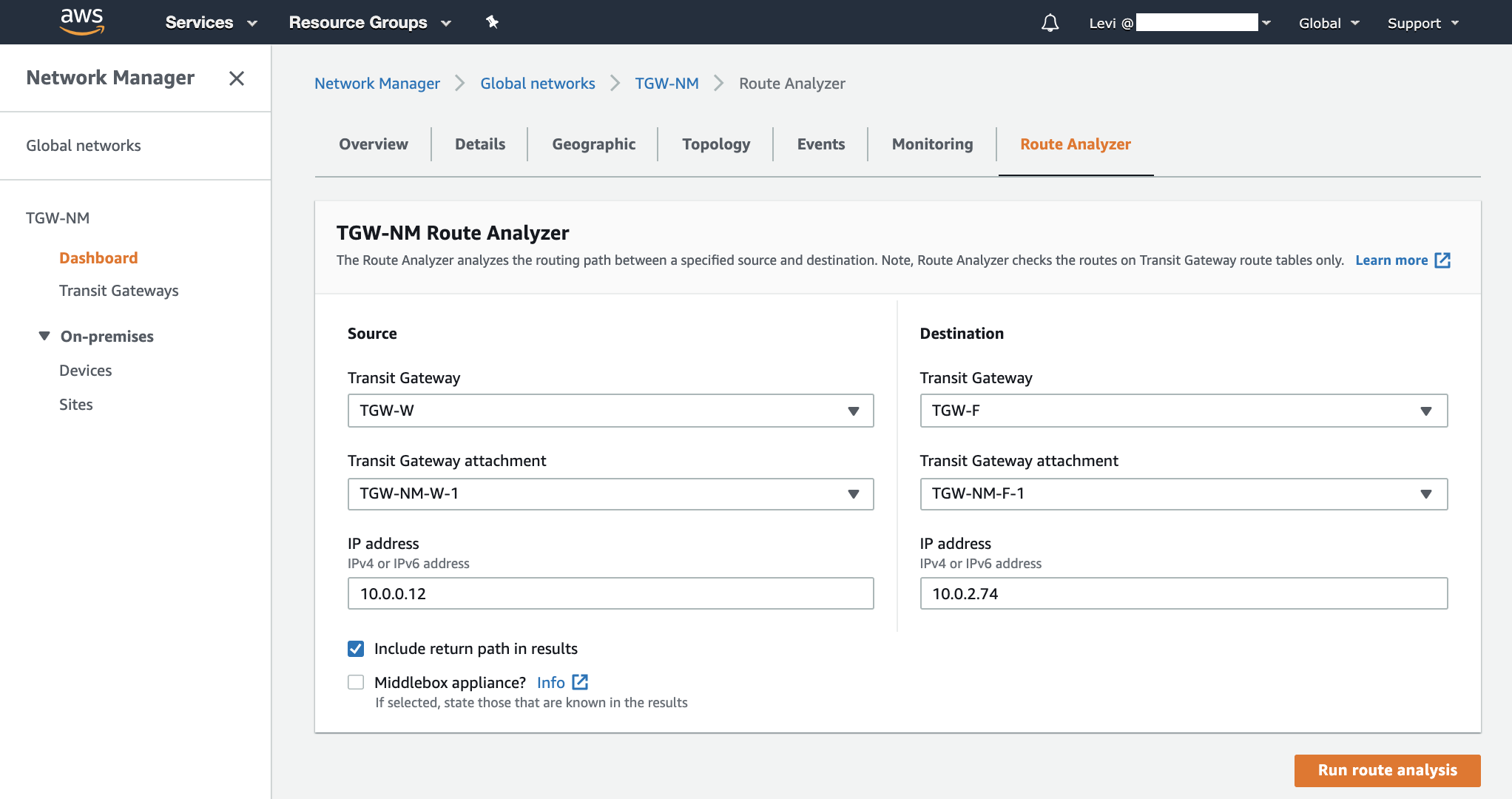 After running the route analysis, we can confirm that the route is not connected past the US-West-2 AWS Transit Gateway route table. By using Route Analyzer, we can reduce the time needed to troubleshoot by easily identifying where the problem with our route is located. In this case, it informs us that there is no matching route for the destination in our US-West AWS Transit Gateway route table:

To fix the missing route, locate the route table identified in the route analysis and provide the path from US-West-2 to EU-Central-1 that it is missing. The EC2 instance in US-West-2 must be able to communicate out to the EC2 instance in Frankfurt, so add a route that sends network traffic destined for 10.0.2.0/24 to the Frankfurt AWS Transit Gateway:

After successfully adding the route, a green prompt will appear in the AWS Management Console to verify the creation of the 10.0.2.0/24 route along with an “Active” state:

We can now return to Route Analyzer and re-run the same route analysis as before. The new analysis confirms that the EC2 instance in Frankfurt can be reached. A blue prompt appears with “no matching route” for the destination: 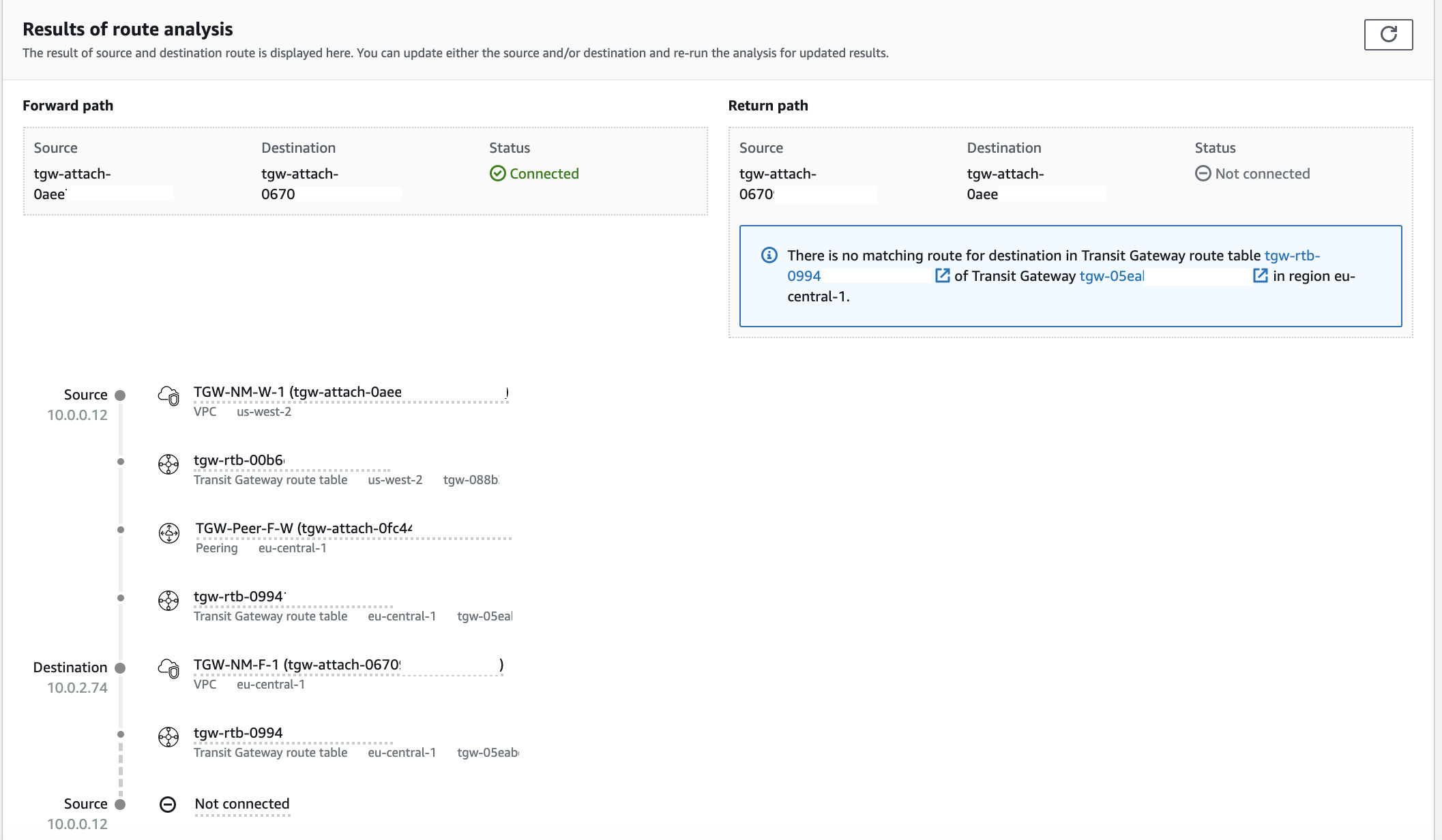 After successfully adding the route, a green prompt will appear in the AWS Management Console to verify the creation of the 10.0.0.0/24 route along with an “Active” state: 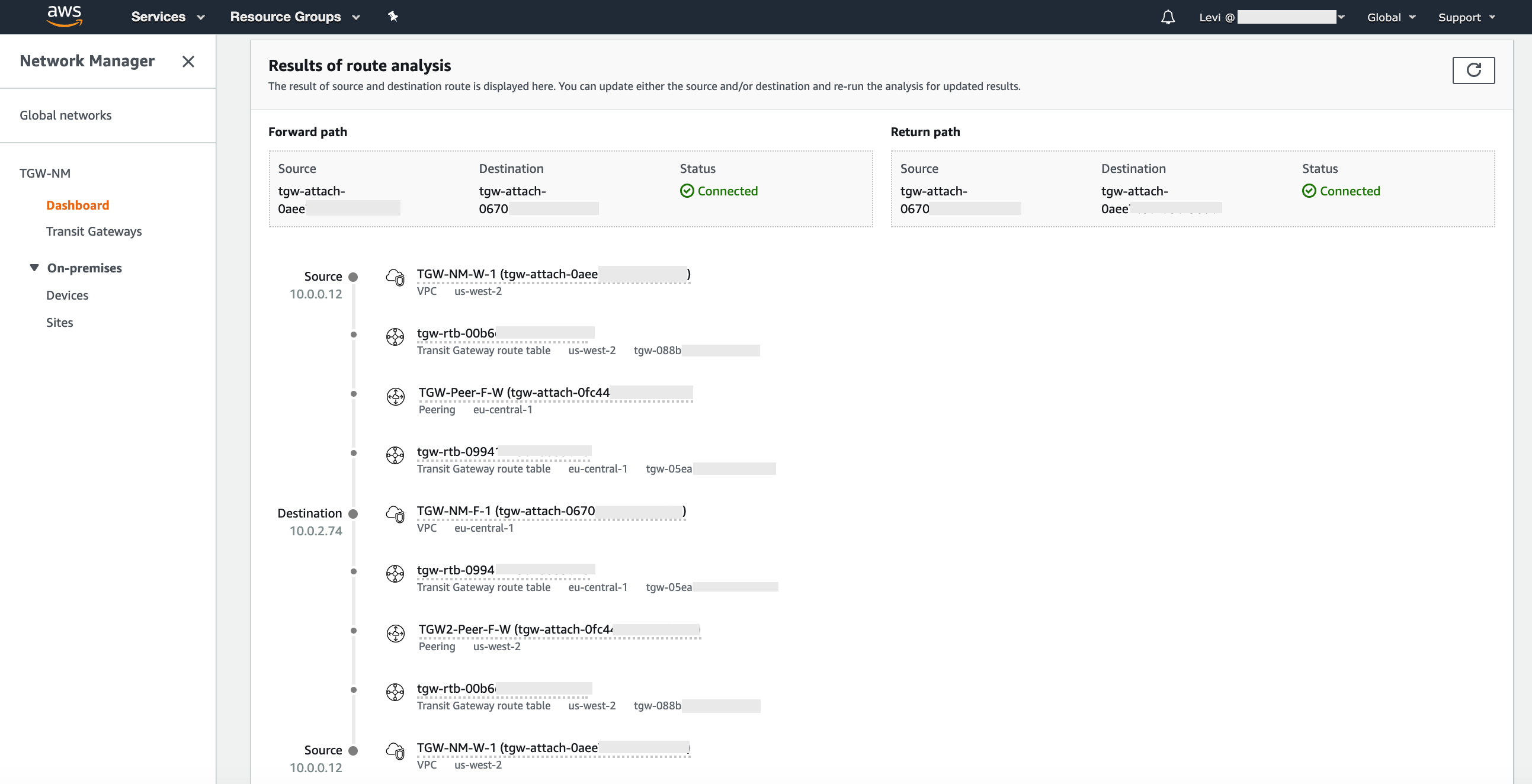 In this post, we demonstrated how to diagnose and resolve AWS Transit Gateway route issues using the new AWS Transit Gateway Network Manager Route Analyzer feature. As shown in the preceding image, this feature reduces the time it takes to troubleshoot network traffic disruptions, find missing routes, or confirm new routes. For more information on how to use Route Analyzer or to get started, please see the documentation page.

Levi Sylvester is a Solutions Architect at Amazon Web Services in Seattle. He is passionate about helping organizations understand best practices around cloud-based solutions, and how to migrate existing workloads to the cloud.