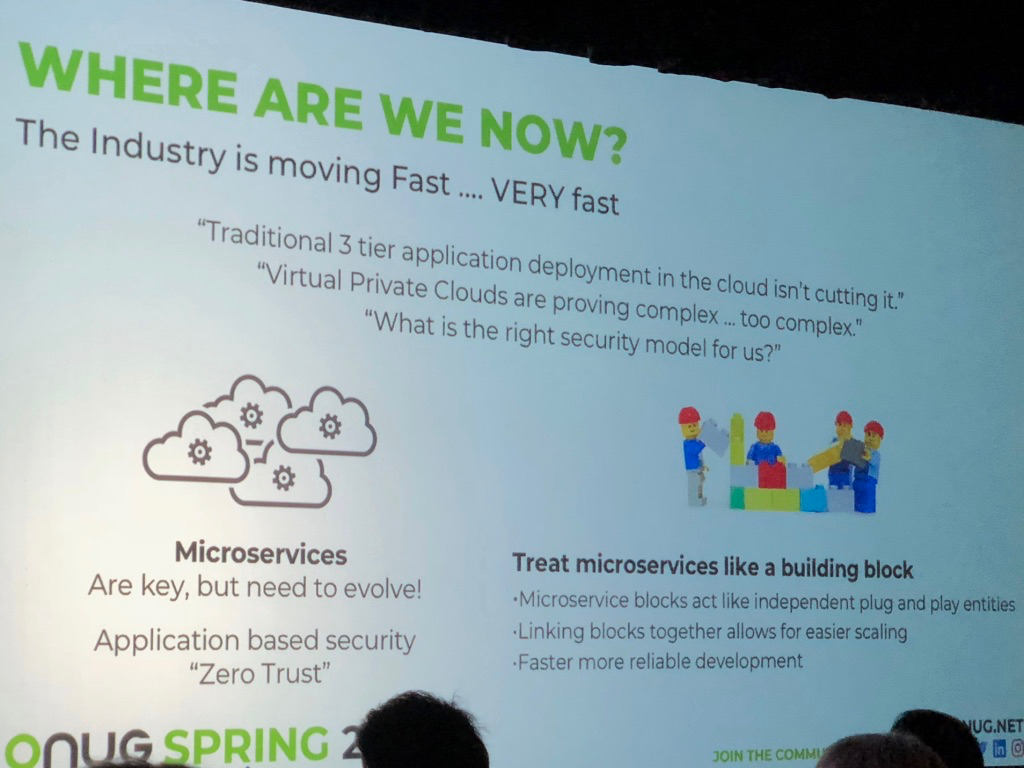 The Open Network User Group (ONUG) is an influential end-user organization that drives the creation and adoption of open standards in networking, cloud, and related technologies. ONUG sponsors a series of working groups and holds several conferences. This year, their spring conference took place in San Francisco May 8-9, hosted by Kaiser Permanente at the Mission Bay conference center. The attendees are mostly from large enterprises in the banking, retail, and healthcare spaces, and from large vendors and startups focused on networking, security, and cloud technologies.

I’ve presented at several ONUG meetings, starting before I joined AWS. This year I made the case for AWS to join ONUG, I presented at ONUG Spring, and we will be a sponsor/exhibitor at their much larger ONUG Fall event in New York October 22-23.

ONUG has had success in the past helping to create open standards for software-defined wide area networking (SD-WAN). This enables migration from dedicated network links from datacenters to branch offices and retail outlets, to securely routing over local Internet connections at much lower cost and higher performance. Customer concerns about wide area network security, control, and performance management are very similar to concerns about migrating applications to cloud providers, and ONUG has also been working on cloud standards. Part of the way ONUG works is that they come up with common requirements that can be used by multiple end users as part of their request for proposal (RFP) procurement process, so that vendors see a more consistent ask across their customers.

One challenge discussed by ONUG is that across each cloud provider there are a variety of global network architectures, interconnect mechanisms, and security features. AWS has been working with its customers for many years to add a lot of detailed features and capabilities, and some customers choose to use everything we have, while others try to find a common subset that works across several cloud providers. I’m interested to find any gaps that AWS could fill.

Another challenge is the proliferation of technologies and solutions around container-based cloud native deployment mechanisms. Customers have been deploying applications for the last few years, and now have a mess of many different solutions. Some common container deployment patterns in large enterprise customers are to run large-scale AWS-based deployments on ECS, other large-scale deployments on Mesos, and smaller-scale and emerging workloads on Kubernetes. However, many are struggling with Kubernetes because it is evolving rapidly and also has a large number of extensions and options, particularly for its network stack. I think there is an underlying problem in many enterprises: they are set up for a slowly-changing technology landscape where things take a year or two to happen, but, in today’s world, the speed of open source-driven technologies runs in months rather than years.

I participated in a panel session about next generation technology and what should people be adopting now. As my initial answer, I picked the speed of implementation and low cost that is driving rapid growth in serverless technologies. The panel also discussed use cases for artificial intelligence, quantum-resistant encryption, where blockchain might be useful, and why everyone should be using SD-WAN already.

We look forward to having a much larger presence at ONUG Fall in October, and meeting with our New York-based customers to show them some of the products and tools that can help with digital transformation and cloud migrations. 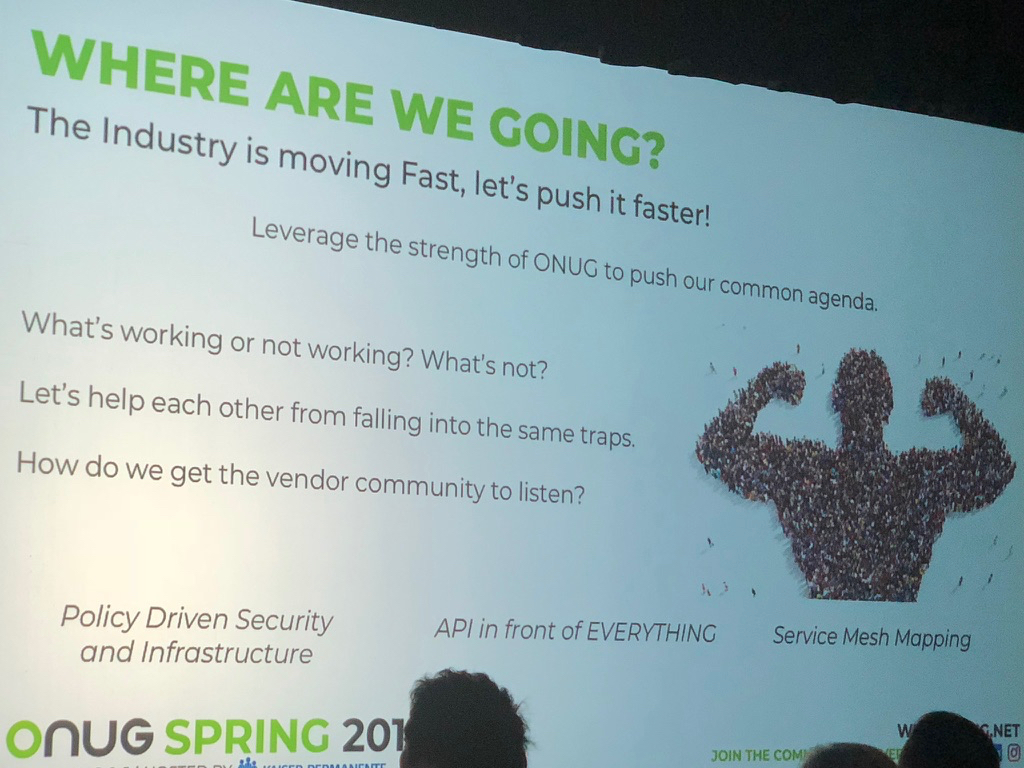