Beewise Combines IoT and AI to Offer an Automated Beehive

Prior to Beewise, the latest beekeeping technology—if you could call it that—was created in the 1800s. The “tech stack” was a literal stack of wooden boxes called a beehive, filled with honeycomb, not to mention bees. To harvest honey and check the health of their colony’s residents, beekeepers would have to go to a hive, don protective gear, send a bit of smoke into the hive to calm the buzzing little buggers, and then examine the findings.

Most beekeepers around the world still use this process today. Beewise hopes to change that, using the actual latest technology, including artificial intelligence and advanced robotics. 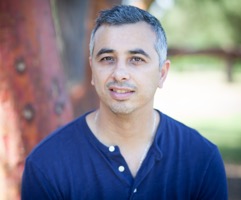 The automation of manual labor isn’t new, but in the world of beekeeping, it is practically unheard of. For Saar Safra, Beewise’s CEO and co-founder, the more he learned about commercial beekeeping from his co-founder, Eliyah Radziner, the more the numbers didn’t add up. “Globally, 71% of all fruit, vegetables, seeds, and nuts are pollinated by bees,” he says. “Think about avocados and almonds and cucumbers and berries and coffee and cotton. We’re dependent on bees—they are essential to our global food supply.”

Yet beekeepers must physically go to fields that are sometimes hours away so they can check on the health of their colonies and harvest their honey. To a strategic thinker and tech entrepreneur like Safra, this was a clear inefficiency and an obvious opportunity to use technology to improve not only the health and output of bees but also the health of the planet.

Safra’s plan for beehive optimization is two-fold: keeping bees healthy and increasing the amount of honey and pollination they’re able to produce. 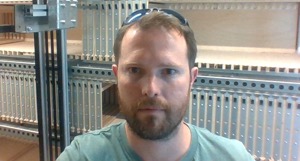 Eliyah Radzyner, Co-founder & CTO in one of the company’s Beehomes

Between 30% and 40% of bees die every year worldwide, so real-time feedback on colony health is crucial. Beewise’s hives, called Beehomes, boast precision robotics, cameras, computer vision, and AI to help large-portfolio beekeepers monitor the internal workings of their colonies from afar.

Special sensors flag diseases, pests, hunger, and more. Commercial beekeepers, who have anywhere from 1,000 to 10,000 hives, get pinged on an app when a poor condition is discovered. “They can see the entire hive, they can see what we identify, and they can apply our treatment, or use the data to come up with their own,” Safra says.

A healthy bee is a productive bee. The more productive bees in the world making honey and pollinating crops, the more secure the global food supply.

Safra and his colleagues know that in such a numbers game, true scale can only be achieved when hives run autonomously. To that end, Beehomes detect when honey is ready to be harvested, do so automatically, and then alert beekeepers when it’s time to collect the windfall. Each of Beewise’s six-by-eight-foot hives house 40 boxes, and each box can hold around 50 thousand bees, together totaling about 2 million moving, buzzing bees per device.

The 13-employee startup, which started in August 2018 and raised a seed round in mid-2019, is almost exclusively focused on R&D, says Safra. The team has experts on applied math, physics, machine learning, distributed systems, convolutional neural networks, and more.

To manage the complexity behind an automated beehive, the experienced team at Beewise turned to AWS, per Safra.

“Having built various startups over the years, I’ve been a big fan of AWS for years now. Each company had varying needs, but AWS always seems to have them covered. At Beewise, we need to be able to reliably connect with our network of distributed in-field boxes that are all interconnected. The amount of data each box generates is immense. Our team leverages services including AWS IoT Core and AWS IoT Device Management to securely connect all the devices, as well as RDS, Elastic Beanstalk, and SageMaker to manage and analyze the mass amount of data.”

So far, Safra says, Beewise has seen success in helping bees live longer, healthier lives. “They pollinate better and they produce more honey. And for us, there’s no greater satisfaction, because we’re doing well by doing good.”