An often repeated piece of advice to startups is that you need to focus on customers, learn their problems, and work backwards to build a product that directly addresses them. From that perspective, eagle.io, a Brisbane-based startup that offers an environmental IoT platform, and its CEO Ben Starr are extremely well positioned.

To understand this, it’s helpful to dig into how Starr came aboard the now 7-year-old startup. Prior to joining up in 2015, the now CEO was working at an engineering firm that he founded. One of the products offered was a remotely operated stormwater treatment system used by landfills, quarries, and construction sites to treat site runoff. In the development process for building their solution, Starr and his company needed to find a way to continually monitor and manage the water to make sure it was compliant with government regulations. 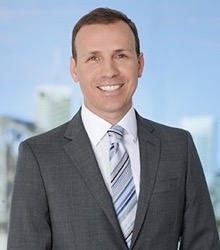 Initially, they set out to hire a software development company to build a product for them, but that turned out to be a lot more expensive than he originally planned. After spending more money than they wanted to, the team began searching for an out-of-the-box solution, which led Starr to eagle.io. As Starr puts it, “When I found eagle.io, they were charging $40 a month for what I was paying $3.5k a month for. I jumped in my car and drove the 6 hours to their office to try and buy them.”

Unfortunately for Starr, the eagle.io team was not interested in a formal acquisition at the time. They instead asked that he invest in them as a customer, which Starr gladly agreed to. Two years later, when Starr was leaving his engineering firm, he circled back with eagle.io, eventually formally investing in the company and joining as CEO, completing his journey from customer to company leader.

Under his leadership, eagle.io’s platform for monitoring environmental IoT data has seen solid growth, not only in its home country of Australia, but also in other geographies—about 30% of the company’s business comes from North America these days. As for questions around its application, the company fields a lot of interest from the agricultural sector, per Starr.

“One popular use case is in monitoring runoff from farming areas. When there is heavy rainfall, farmers can lose a lot of topsoil from their site. This means that much of the good nutrients, like nitrogen and phosphorus, are lost downstream. And not only are they lost, they also hurt the surrounding ecosystem. For example, those nutrients can lead to algae blooms, which suck up the oxygen in the ocean and kill off the fish population. It also turns into sediment that settles on and kills the reefs.”

That exact use case can be seen in action through how the Queensland Department of Environment and Science leverages eagle.io to measure the daily loads of nutrient discharged from agricultural catchments. This data, made available to farmers, has the potential to provide an understanding of how much of those nutrients farmers are losing, and how their land is affecting the environment. While they were previously flying blind, eagle.io’s interface provides a path for them to easily understand the data captured. And, according to Starr, most businesses they encounter do want to do better in regard to lessening their environmental impact. They just need the right tools to do it.

Other examples of successful partnerships include the company’s work within Queensland and New South Wales, where the governments are leveraging eagle.io’s platform to monitor farmer’s water use. In a system that was previously reliant on the farmers to self-regulate, the governments now can use an IoT connected meter and the startup’s application to track usage in real time.

As for its infrastructure, eagle.io has turned to AWS. As Starr puts it, “The kind of work we’re doing is obviously very data intensive. Each datasource could be putting out something like 2 million data points a day. When you think that people are pulling in years of data from hundreds of sensors, that number multiplies very quickly. I’m not sure this business would have been possible before AWS.”

What’s next for eagle.io? Further development of the platform is front-of-mind, according to Starr. Currently, the platform is great for monitoring and setting alerts, but it doesn’t enable automated action for users. At the end of the day, though, eagle.io’s path will continue to be dictated by its customers and the company’s end goal of enabling people to better understand their environments and how they can lessen their impact.