For startups, it’s rarely a straight line from ideation to scaling successfully. The road to product-market fit and beyond is frequently laden with twists and turns, pivots and adjustments based on customer feedback. 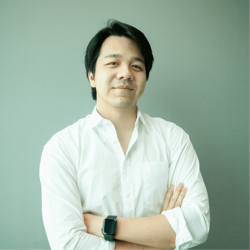 When looking back at the founding of Eko, the provider of a mobile-first platform for managing frontline workforces, company CEO and Co-founder Korawad Chearavanont describes just such a road. “It all started back in 2012 with a group messaging service for students. That didn’t end up working out, so we decided to switch to secure messaging for corporates, which set us on a path to where we are today.”

That pivot has proved successful, with Eko currently boasting staff across three continents. And while the Bangkok-based startup has the lion’s share of its workforce in Thailand, it also has a sizable presence in London, Amsterdam, Berlin, New York, and Austin.

The secret to the scale? Chearavanont points to how his team concentrates on listening to its customers, most of whom use Eko to help manage their staff in the retail and hospitality industries. Per the CEO, “When expanding Eko’s functionalities, we looked to our customers to help guide what we developed. Their direct feedback is where you can trace the origins of many of our features back to, like the fielding of leave requests and the overall workflow engine.”

Through this feedback loop, Chearavanont and his team were able to build an all-in-one solution for its users, reducing the number of apps needed to manage front-line staff from five down to one: Eko.

As for plans for the future, it’s helpful to look where they’ve been. As Chearavanont puts it, “Eko historically has seen much success around its home region, but we’re increasingly shifting our focus to Europe and the US.”

To help fuel both past and future expansion, Eko looks to AWS, a partner that has been with the company since the beginning.

“One of the things that’s been really great about AWS is the ability to easily scale and deploy in every region in which we operate. For example, in 2017 we started selling a large number of license into China, which was hard to support with our existing infrastructure based in Singapore. Through AWS, we were able to quickly set up servers in Beijing to support this new customer base. We then mirrored that approach in Europe and the [United] States.”