Historically, financial planning was considered an option only for the white-collar crowd—those with lots of money would find a personal financial advisor to help them decide how much of their wealth to disburse to which asset classes.

That being said, over the past decade, a host of fintech startups have popped up around the world, looking to both capitalize on existing business and bring investing ability to new markets. Bambu, a Singapore-based company that built a robo-advising platform, is focused on the latter.

Founded in 2016 by Ned Phillips and Aki Ranin, Bambu is on a mission to apply the latest technology to financial advisory, thereby lowering the cost of such services and making them available to people who previously would’ve dismissed them as exclusively for the rich and powerful.

But while other global leaders in the robo-advising industry have found success going directly to the consumer (think Betterment or Wealthfront), Bambu is taking a different route by targeting established financial institutions.

Why? It’s really a product of where and how the company started, per Ranin. 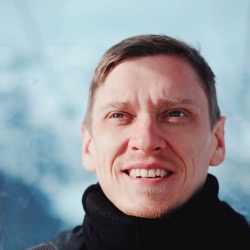 “If you look at the places robo-advising took off, it’s large domestic markets: the USA, Europe, and some in China. At the center of this is the ease of moving through regulations and getting approval. For example, in Europe they have pan-European licensing processes that make it easy to get regulated in one country but do business across many. Asia, on the other hand, is fragmented, making the independent model a lot more difficult.”

This fragmentation led to Bambu working directly with banks on platform adoption, as the banks already have the necessary regulatory approvals. They then use the startup’s robo-advisory services to better serve their customers.

Using that model, Bambu was able to be the first robo-advisor to launch in its home of Singapore, relying heavily on AWS from the get-go, both from a technical perspective and a partnership perspective to help navigate the regulatory barriers surrounding financial services.

While today it seems like a given that most companies work on the cloud in some capacity, it wasn’t always the case, especially in emerging markets. Ranin describes how as recently as three years ago when Bambu started, the environment was less than welcoming, if not entirely skeptical.

“At the time, it wasn’t clear path for companies to launch utilizing cloud services, especially in highly regulated industries like ours. AWS and its local team in Singapore were hugely helpful not only in getting us ramped up, but also in understanding regulations, and making a case for why using the cloud actually increases security. Once that’s established there really isn’t any downside.”

With a solid stance in Singapore and activity underway in other Southeast Asian countries, including Vietnam, Malaysia, and Indonesia, Bambu has its sights set on geographic expansion. The platform was initially built for Asian countries, but it has since garnered much interest from the global community, a development that surprised Ranin and his team.

“We’ve seen inquiries come in from places all over the world, such as the U.S., South America, Europe, and the Middle East. Moving forward, Bambu will put more focus on building the platform for scale, making it easily launchable wherever the customer may be.”

Once completed, the startup’s next iteration will further the company’s goal of bringing financial advisory services to the masses, not only on home soil, but also for people around the world.