In their 2016 Forecast: Internet of Things (IoT) report, Gartner projected that 8.4 billion connected IoT devices will be in use by the end of 2017. That’s up 31% from 2016 with the greatest concentration of use in China, North America, and Western Europe. 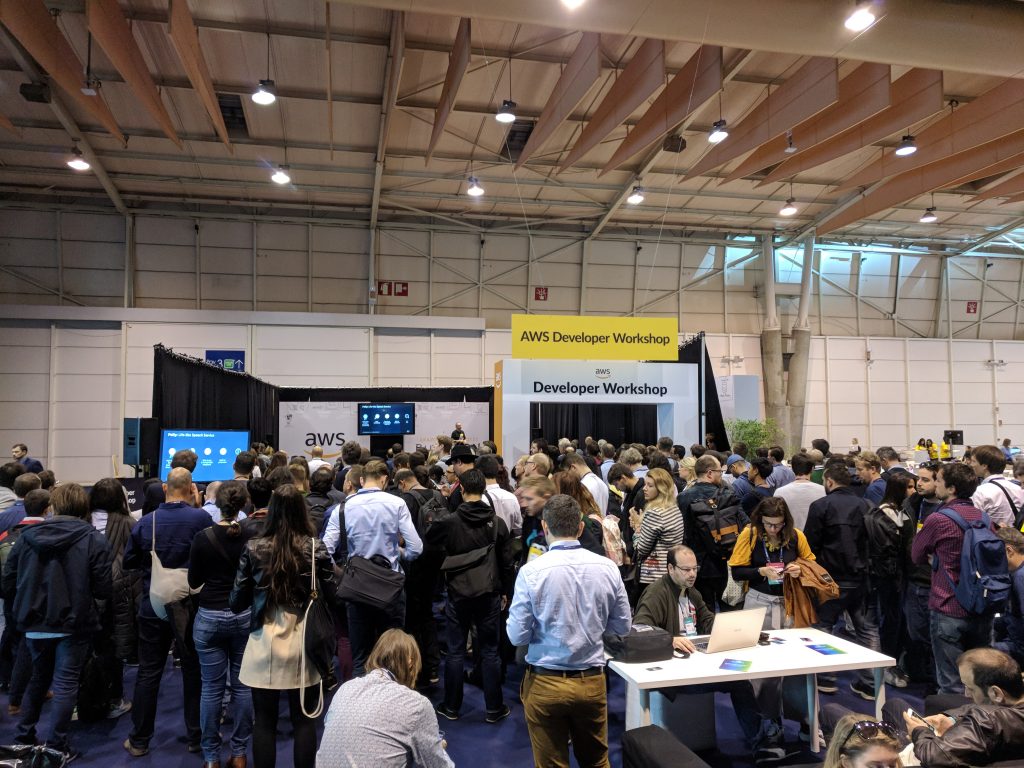 That’s why it’s no surprise that all of Amazon Web Services’ IoT- and natural language-themed talks at Web Summit this week were standing room only. Throughout the course of the three-day event held annually in Lisbon, the AWS Developer Workshop hosted over a dozen talks on subjects including “Getting Started with AWS IoT” and “Build, Deploy & Operate Intelligent Chatbots,” which explained the basics of AWS’s natural language voice technology Lex.

AWS Technical Evangelist, Boaz Ziniman, who led the AWS IoT session, explained to the audience why we’re seeing so much activity with IoT services, after many years of failed experiments. “Several years ago, we’d be talking about large things like smart refrigerators and smart speakers,” he says. “Now we see there is a constant drop in the price of things and the size of them and the availability in the hardware and software and of course the AWS IoT platform. We see developers using IoT magic in every aspect of our lives, that’s pretty fascinating. [Everything] from agriculture to transportation, which are very different areas.”

IoT wasn’t the only AWS Developer Workshop’s only AI/ML topic at Web Summit. Another popular topic was Amazon Lex, which powers Amazon’s Alexa service and consequently its Echo device, which gained mainstream notoriety when it was parodied on “Saturday Night Live” this past May. The success of this and other devices like it are undoubtedly helping the IoT boom. Another thing that’s making access easier is technology. As AWS Technical Evangelist Lead Ian Massingham says, “With Amazon Lex we have taken some of the core components that are in Alexa and made them available for developers to use in their own applications. There are quite a bit of complexities as you can imagine, in building and operating, in what have become known as conversational interfaces.” He added: What these systems do is allow developers to build applications that enable users to use natural language to interact with applications and data sources.” With devices like Amazon Alexa, any curious mind can become a builder.

So with all these skills, the real question becomes, “What’s next and where do we go?” To learn more, we spoke to both Boaz Ziniman and Ian Massingham to dive further into these questions and more. If you weren’t able to catch their presentations at the Developer Workshop, you can download Boaz’s Getting Started with AWS IoT and Ian’s Build, Deploy & Operate Intelligent Chatbots with Amazon Lex on Slideshare. To listen to more of our conversation with both evangelists, check out the podcasts below.