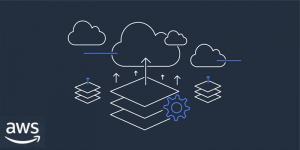 Many Amazon Web Services (AWS) customers use tools like CloudEndure, a company acquired by AWS earlier this year, to migrate their on-premises servers to AWS.

CloudEndure has some unique features you won’t find elsewhere, including the ability to migrate servers from any source platform to any destination platform. The machine conversion process does all the hypervisor and OS configuration changes for you.

CloudEndure is a block-level replication, supporting almost any application. It uses continuous replication, which means any change on the source machine will be replicated to the staging area in less than a second. This minimizes downtime during cutover.

In this post, I will show you how to automate AWS migration with CloudEndure, and provide you with an automation script. With this script and YAML configuration file, you can manage the AWS migration as code, relaunch your machines in just a few minutes, and avoid a lot of potential mistakes during the cutover process. Managing the migration as code will also be easier for auditing and reporting purposes.

CloudEndure is a great tool to help you migrate workloads, but there are some challenges if you use the console to migrate a large number of servers, such as:

Before getting started, ensure you have the following:

CloudEndure uses replication servers in your account to replicate the data from the source machine to the staging area in that account. In the CloudEndure console, you can select subnet and security group ID for the replication server, and you can encrypt the volume with a KMS key. 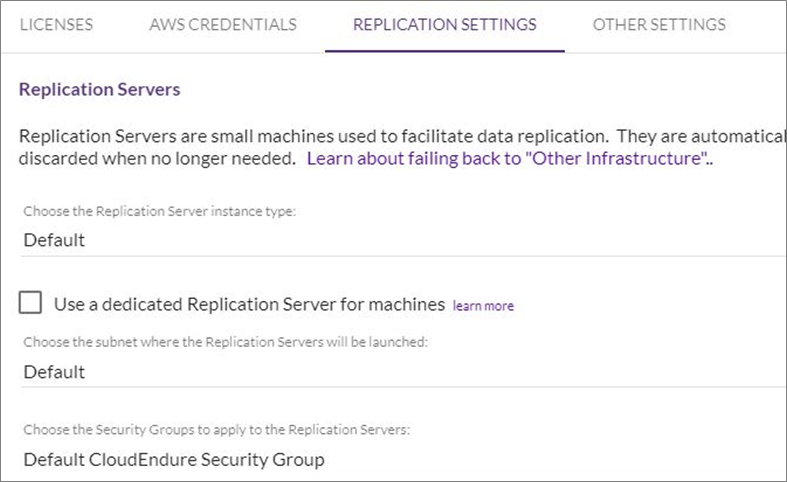 This script can help you update replication server settings as well. You just need to update the replication section in the config-project.yml file. Figure 2 shows a YAML configuration file, and there are three keys: encryptionkey, subnetID, securitygroupIDs. Please replace the value with the correct one in your account.

Migrate Servers to the Test Environment

There are two types of server launches: test and cutover. Test mode is for the customer to launch machines in the test environment and make sure everything looks good before launching servers in cutover mode, which will be in the production environment.

In Figure 3, you can see that launch type parameter accepts two values: test and cutover.

The script will return an error if one of the following conditions is met:

This forces users to migrate to the test environment before cutover.

The dry run feature gives you the ability to validate all your configurations in the YAML file and can save you a lot of time during cutover because syntax errors could take a while to troubleshoot. Using the –dryrun parameter in the script will force the CloudEndure to update blueprints for all of the machines in the configuration file and revert back, which ensures that CloudEndure will accept blueprint updates during cutover.

Clean Up Servers After Migration

After cutover, you may want to remove machines from CloudEndure. One way to do this is to login to the console and select the right machine to remove. However, using the script is much easier, because you can use the same YAML configuration file for cutover.

In Figure 5, the script calls delete method to remove machines from CloudEndure project.

The scripts also check for the following errors, and will fail and return a proper error message if the user tries to:

Let’s use this script to launch instances in AWS via CloudEndure. First, we need to prepare a configuration YAML file because the script will read all the server information from the YAML file and update the CloudEndure machine blueprint accordingly. Next, we’ll launch these machines in the test environment and make sure everything works as expected. Then, we’ll launch these machines in the production environment, and finally we will clean up the migrated machines from CloudEndure.

Step 1: Prepare Configuration Files and Get the API Token

In this step, we’ll prepare three YAML files. First is Config-project.yml, which is used to update project-level replication settings. The second is Config-test.yml, and you’ll need to add your servers to this file and update the subnet and security group IDs for the test environment.

The third file is Config-cutover.yml, which is used for the production environment. You will need to change the security groups and subnet IDs to the one in your production VPC, and this file is similar to the Config-test.yml. The only difference should be the subnetIDs and securitygroupIDs attributes.

So log in to the CloudEndure console, click Setup & Info and choose Other Settings. Next, scroll down to the bottom of the page and you’ll see the API token. Do not use the installation token, which is for agent installation only. If the API token does not exist, click the Generate New Token button at the right bottom.

Next, remove the hyphens and get the new token, which you will use in the script later. In this case, the token looks like this—6405A45D0773DC4C.

Now, let’s update the configuration files for your target machine:

It’s optional, but you can use default CloudEndure replication server settings. If you want to change them, however, run the following command to update project settings. Please replace <APIToken> with the token prepared in Step 1 and replace <project name> with your CloudEndure project name.

Next, run the following command to validate YAML file syntax:

You will get a message like this for each of your servers:

Now, run the following command to launch the machines in the CloudEndure test environment:

After the third command, you will see the output as shown in Figure 8. Click the Job Progress button, and you should see the jobs for all the machines in this configuration file. Each job will take 10-15 minutes to complete. The other way to check the job status is to run the following command:

You should see “XYZ has been migrated to the TEST environment” after the job complete.

After testing, let’s continue to migrate the servers to the production environment.

After testing, we can use a similar method to migrate servers to the production environment. In the example below, the only thing you need to change is the –launchtype and –configfile name, because launch type is cutover now and the configuration file should be cutover configuration file as well. You will get a similar output as Step 2, so I will not add more screenshots in this step.

Next, after validation, run the following command to launch machines in the AWS production environment:

Again the launch process will take 10-15 minutes to complete. You can run the following command to check the status of migration or check the job progress on the console:

You should see “XYZ has been migrated to the PROD environment” after the job is complete.

At this stage, you should have all the servers running in the AWS production environment, and we can continue with server-level and application-level testing. However, this is not the last step of this cutover because we need to remove unnecessary machines from CloudEndure to avoid confusion in the future.

Step 4: Clean Up Machines After Migration

You should see “XYZ has been removed from CloudEndure” after the job is complete.

In this post, I demonstrated the process to use a python script to automate CloudEndure migration.

First, I listed some of the challenges if we use the CloudEndure console to do the migration. Next, I explained the key features of this automation script. Then, I demonstrated the deployment process, from preparing the YAML configuration to launching instances in the test environment and launching instances in the production environment. Finally, I demonstrated how to clean up the machines in CloudEndure after cutover.

With this automation approach, you’ll be able to migrate much faster and improve the success rate of the entire migration. If you want to learn more about CloudEndure API or develop your own features, check out the CloudEndure API documentation.