By Craig Peters, Director of Product, Partnership at JFrog

Over the past year, it seems that even companies that weren’t in the first phase of Kubernetes adoption are now joining the party. JFrog has been a key part of the container movement, launching an enterprise-grade Docker registry back in 2015. Now, we offer a robust Kubernetes registry that is compatible with a growing list of Kubernetes cluster providers.

In this post, I’ll provide a detailed example of deploying a containerized application to Amazon EKS using JFrog Artifactory as the Kubernetes registry, which involves multiple software artifact types and related package managers including Docker, NPM, and Helm.

I will also show you how to quickly and easily configure Artifactory as your Kubernetes registry for Amazon EKS by provisioning Artifactory and Amazon EKS, and deploying the Docker images from Artifactory to Amazon EKS.

If you already have Artifactory, you can simply set it up as a Docker registry and skip ahead to “Using Artifactory as your Private Registry.”

Artifactory can run from a number of possible locations. Our example in this post is based on subscribing to JFrog Artifactory Cloud through AWS Marketplace. Additional options are: 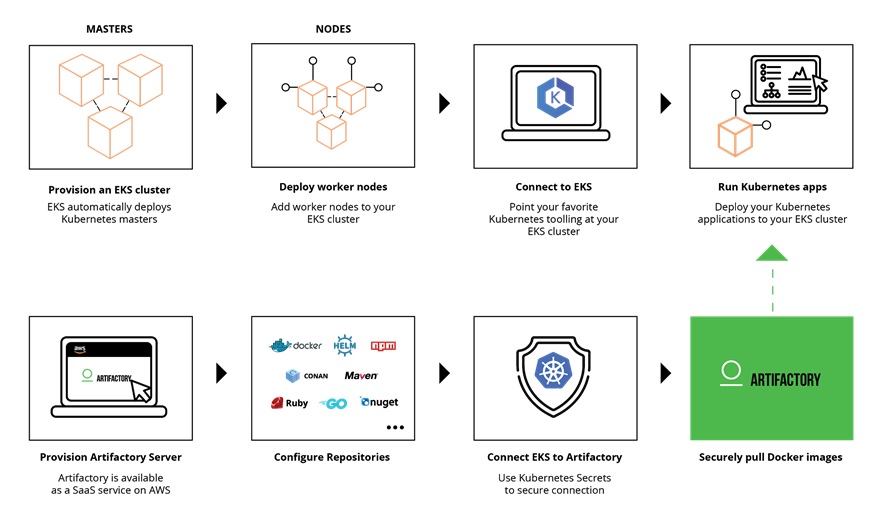 From the listing in AWS Marketplace, select Continue to Subscribe. Review the details and click Subscribe. Complete the subscription form indicating a hostname, username, and password. JFrog will then proceed to provision Artifactory for you, and associates the billing with your AWS bill.

Now, click Go to My Server to launch the Artifactory onboarding wizard and select the software repositories you want to manage. In this example, we have only selected a handful of repositories including Docker, Helm, Maven, NPM, and NuGet. 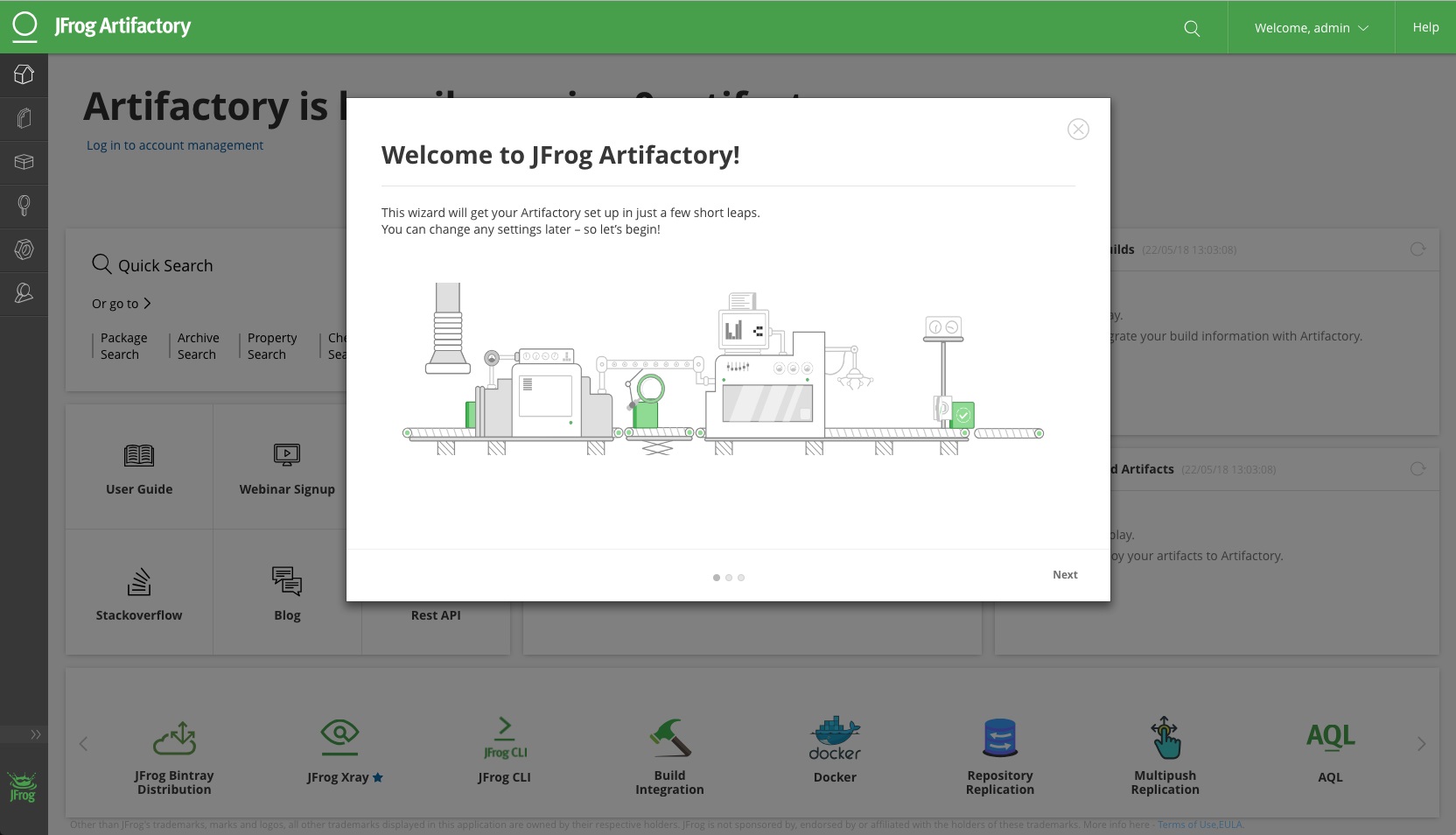 A configuration summary is displayed when you complete the wizard and shows the local, remote, and virtual repositories that Artifactory created for you.

To learn more about how to plan for production, see Best Practices for Structuring and Naming Artifactory Repositories. 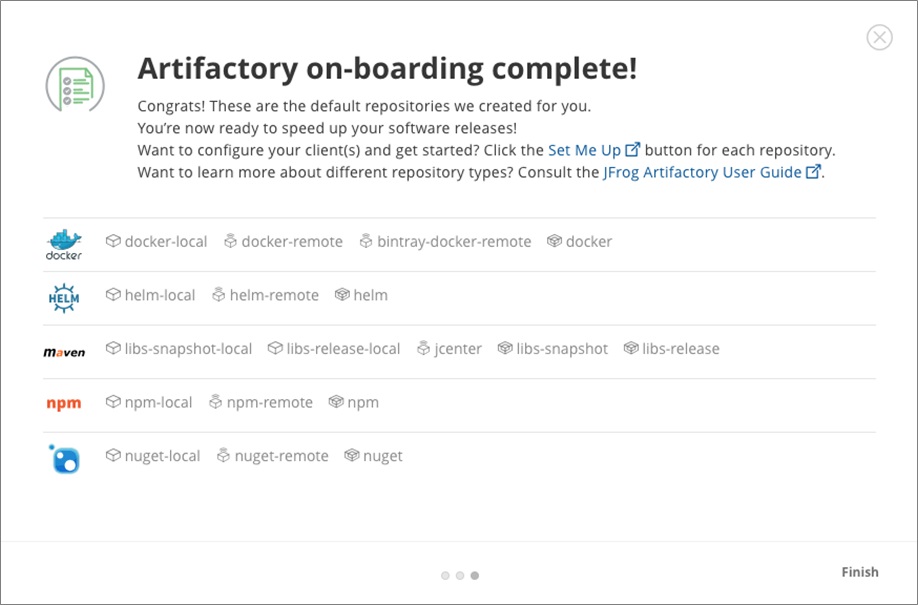 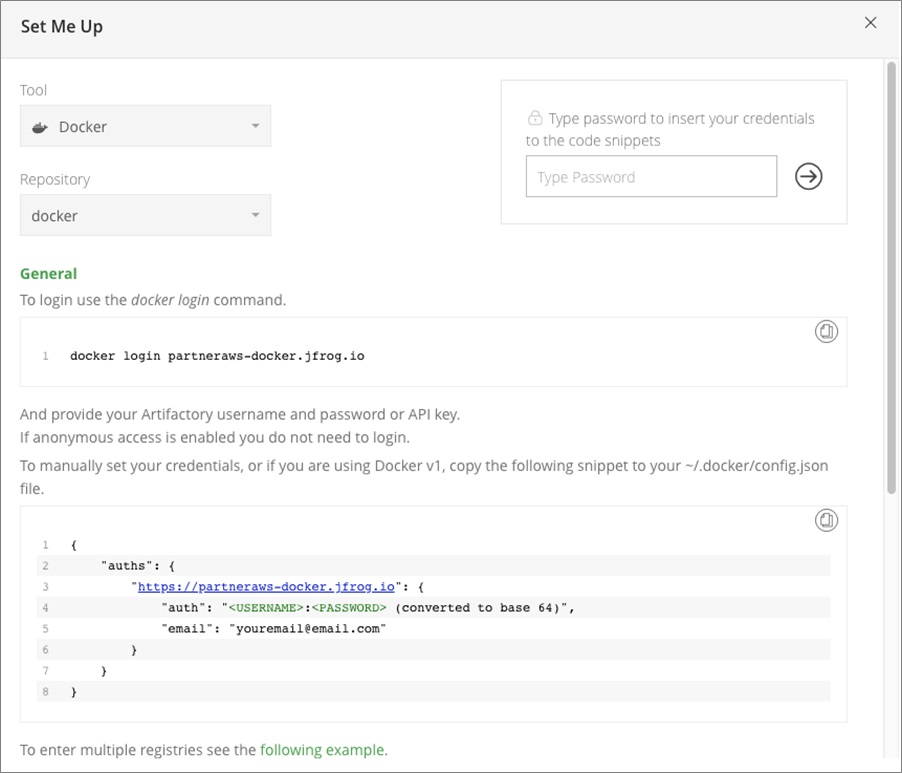 Figure 5 – Docker Set Me Up in Artifactory.

Now, copy the Docker login command to your clipboard by clicking on the icon in the upper right.

Proceed to use the Docker client as you normally would to pull an image from any registry. Artifactory automatically created remote Docker repositories for Docker Hub and Bintray so we can pull any image. 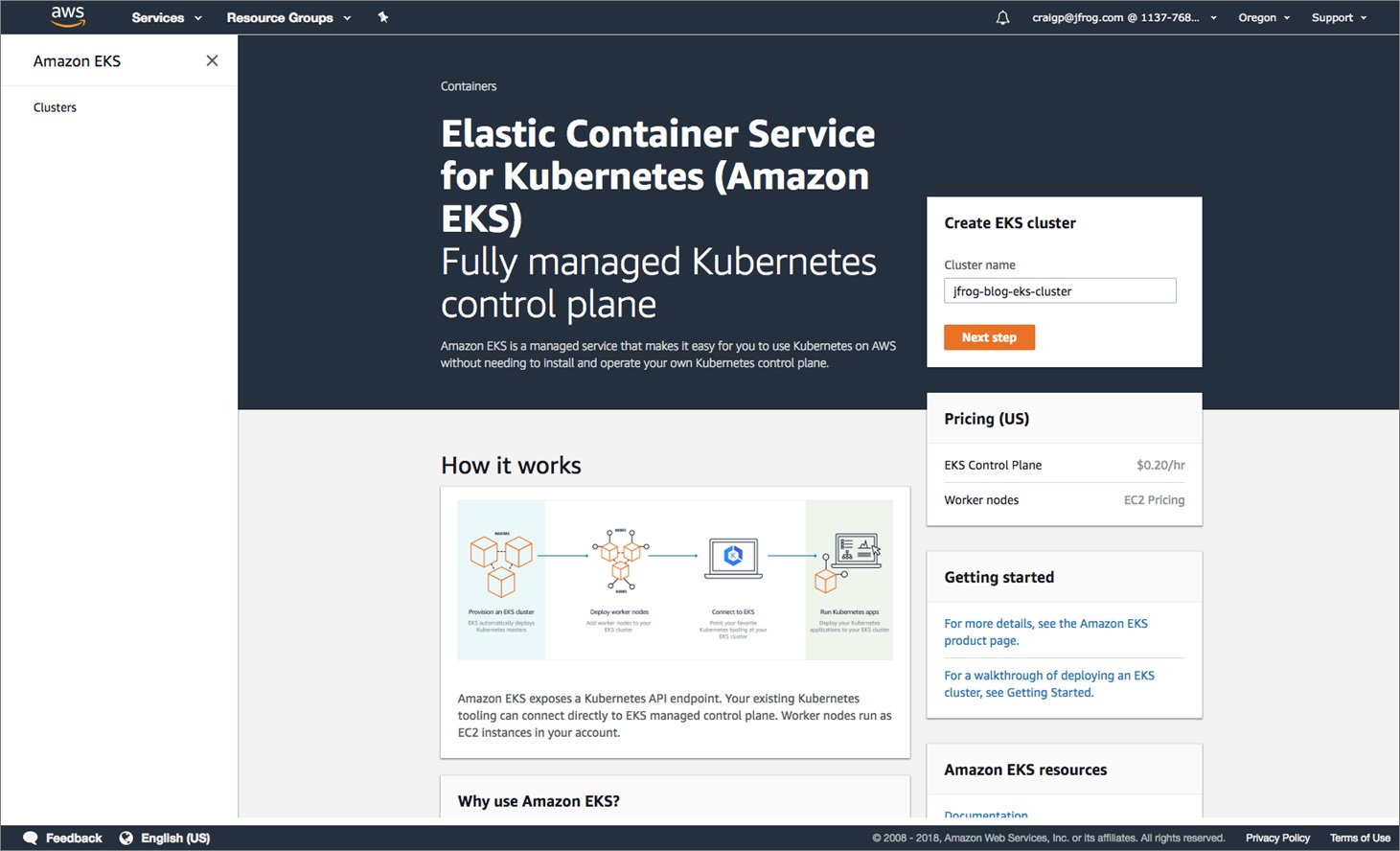 Figure 7 – Creating a cluster in the Amazon EKS console.

Next, configure your master cluster. The settings in our example are the default settings used for the Amazon EKS trials. Your settings may vary. 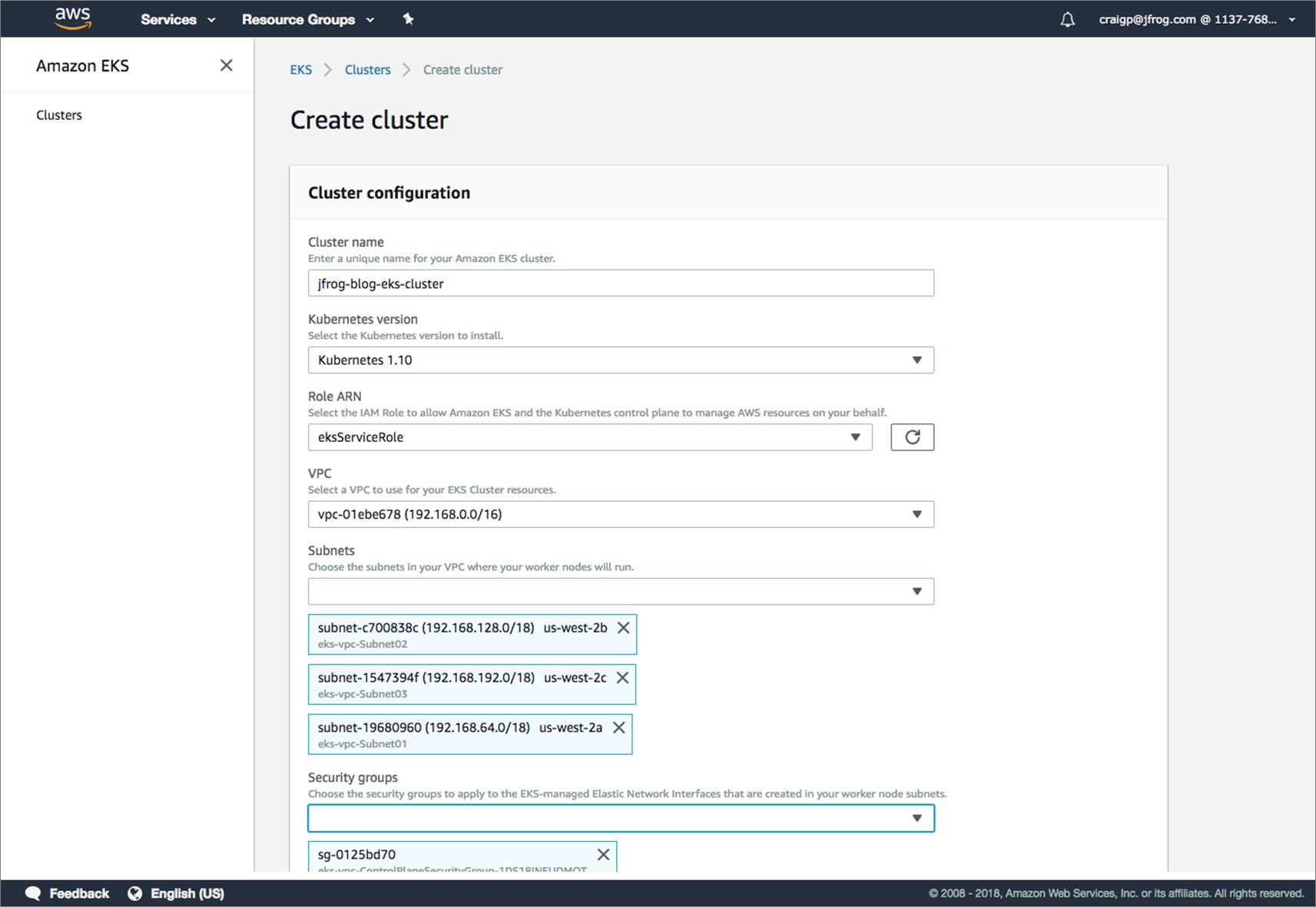 Figure 8 – Configure the master cluster in the Amazon EKS console.

As the cluster is provisioned, the Amazon EKS progress is displayed. The endpoint is displayed when the process ends.

Figure 9 – The endpoint is created in Amazon EKS.

Now, configure the worker nodes as described in the Launching Amazon EKS Worker Nodes documentation. Make sure that kubectl is set up as per the Create a kubeconfig for Amazon EKS documentation. Verify that the pods are not deployed.

Let’s get information about what pods are running on our cluster by running the ‘kubectl get pods’ command. Your output should like this:

Running a Nginx Deployment on the Amazon EKS Cluster

Let’s run a simple Nginx deployment on the Amazon EKS cluster using the Docker image from Artifactory. To do this, create a Kubernetes secret to enable the Kubernetes cluster to authenticate with your private Artifactory-hosted Docker registry. For simplicity, we’ll create it using the kubectl command line:

Now, create a simple Kubernetes .yaml file to run two pods of Nginx, as referenced from the Kubernetes Deployment Example.

Next, create the deployment using kubectl:

And now you can view two pods running the images pulled from your private Docker registry:

Following along with the example in this post, you have run an application on Amazon EKS using Artifactory as you private Docker registry.

Amazon EKS makes it easy to manage clusters at scale, taking care of all the complexities of Kubernetes for you. Together with Artifactory to manage all the package types that are built into Docker images, you can be confident you know what you’re deploying into your Kubernetes cluster.

Creating a safe and effective way to run cloud-native applications has never been safer or easier using Artifactory as your Kubernetes registry for clusters managed by Amazon EKS.

JFrog is an APN Advanced Technology Partner. JFrog Artifactory is a hosted solution for developers and DevOps engineers that provides complete control, insight, and binary management throughout the software development lifecycle.