Announcing the New Version of the Well-Architected Framework

“Nothing is constant except for change.” – Unknown

This is our first Framework update since we released the AWS WA Tool in the AWS Management Console at re:Invent 2018. However, this is actually the eighth version of the Framework since it was introduced in 2012. The Framework consists of design principles, questions, and best practices that can be achieved in many different ways and are written in a manner that is much broader than a “checklist.” The best practices can be implemented using technology (AWS or third party) or by processes, which can also be automated. The Framework is written to allow you to explore if you are actually accomplishing each best practice, rather than simply giving you “yes” or “no” questions to indicate if you have performed a particular action. Evaluating your design, architecture, and implementation should not be a checklist but an evaluation of your progress toward the desired outcome.

We revise the Framework every year through a Kaizen process, where we collect the data about what worked for customers, what could be improved to provide clarity, and what should be added or removed. The first three versions were purely internal releases—used by our Solutions Architects, Professional Services Consultants, and Enterprise Support teams to have conversations with customers about building and operating the best cloud architectures.

With the fourth version in 2015, we published our guidance as a whitepaper. This increased its visibility and pointed out a blind spot: we had not documented the operational best practices required to achieve the other pillars’ operational aspects. The fifth version, released the following year, included a new pillar to address our omission, Operational Excellence. It was revised two more times, once in 2017, when we released the pillar-specific whitepapers and AWS Well-Architected Lenses, and again in 2018 when we launched the AWS WA Tool.

We have added more topics to the Operational Excellence pillar. These specifically relate to the structure of your organization and how your culture supports those organizational choices. There are also additional best practices that we have identified and clarified in the existing areas of Prepare, Operate, and Evolve. 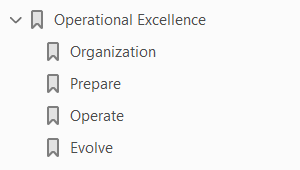 The Security pillar has one less question, which we accomplished by refining the best practices and removing duplication. The most changes are in identity and access management and how to operate your workloads securely. 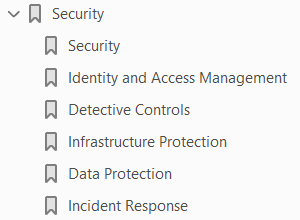 The Reliability pillar has three more questions, based around your workload architecture. These have been covered as part of failure management in the Reliability Pillar whitepaper since 2017, but they have elicited enough discussion and action with customers that we now explicitly call them out. 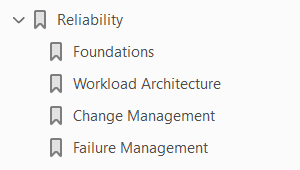 The number of questions in the Performance Efficiency pillar did not change, but we clarified the best practices. 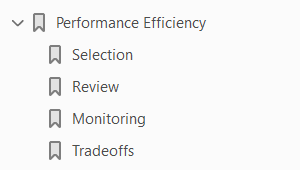 The Cost Optimization pillar has introduced a new section on Cloud Financial Management (CFM), which added a new question along with the best practices associated with it. 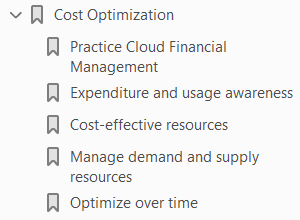 These changes make the best practices clearer, remove duplication, and explicitly call out the new best practices that we have identified as an important part of having great cloud workloads. Expect to see additional blog posts explaining the changes to each pillar in more detail.

It’s a best practice to regularly review your workloads—even those that have not had major changes. Our internal standard is to perform reviews at least annually. We encourage you to review your existing workloads at least once this year, and to create milestones for your workloads as they evolve. Use the Framework to guide your design and architecture of new workloads, or of workloads that you are planning on moving to the cloud. The greatest successes have come from customers that take these best practices into consideration as early as possible in the process. In effective organizations, every best practice is considered and prioritized.