Amazon Lightsail gives you access to the power of AWS, with the simplicity of a VPS (Virtual Private Server). You choose a configuration from a menu and launch a virtual machine (an instance) preconfigured with SSD-based storage, DNS management, and a static IP address. You can use Linux or Windows, and can even choose between eleven Linux-powered blueprints that contain ready-to-run copies of popular web, e-commerce, and development tools: 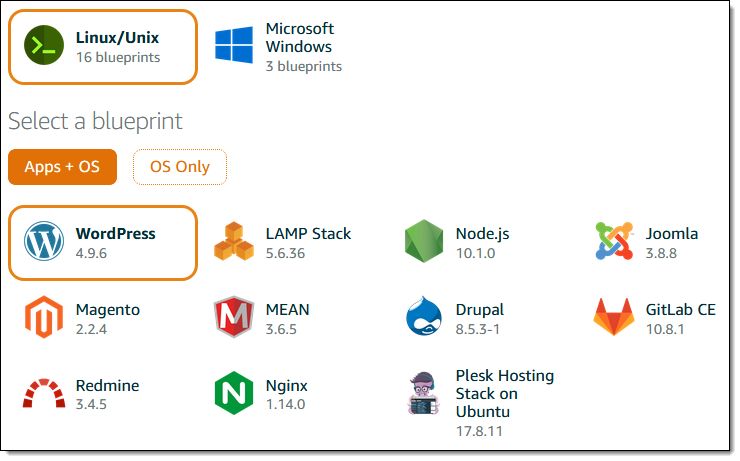 On the Linux/Unix side, you now have six options, including CentOS: 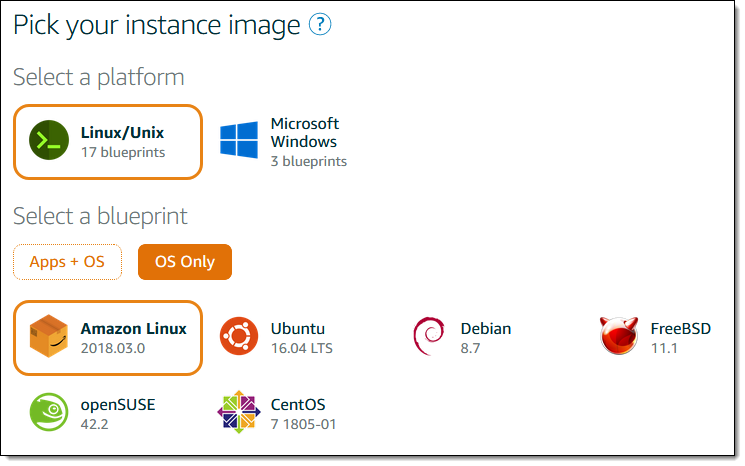 The monthly fee for each instance includes a generous data transfer allocation, giving you the ability to host web sites, blogs, online stores and whatever else you can dream up!

Since the launch of Lightsail in late 2016, we’ve done our best to listen and respond to customer feedback. For example:

November 2017 – Load Balancers & Certificate Management – This update gave you the ability to build highly scalable applications that use load balancers to distribute traffic to multiple Lightsail instances. It also gave you access to free SSL/TLS certificates and a simple, integrated tool to request and validate them, along with an automated renewal mechanism.

November 2017 – Additional Block Storage – This update let you extend your Lightsail instances with additional SSD-backed storage, with the ability to attach up to 15 disks (each holding up to 16 TB) to each instance. The additional storage is automatically replicated and encrypted.

May 2018 – Additional Regions – This update let you launch Lightsail instances in the Canada (Central), Europe (Paris), and Asia Pacific (Seoul) Regions, bringing the total region count to 13, and giving you lots of geographic flexibility.

So that’s where we started and how we got here! What’s next?

And Now for the Updates
Today we are adding two more instances sizes at the top end of the range and reducing the prices for the existing instances by up to 50%.

Here are the new instance sizes:

And for Lightsail instances running Windows:

These reductions are effective as of August 1, 2018 and take place automatically, with no action on your part.

From Our Customers
WordPress power users, developers, entrepreneurs, and people who need a place to host their personal web site are all making great use of Lightsail. The Lightsail team is always thrilled to see customer feedback on social media and shared a couple of recent tweets with me as evidence!

Emil Uzelac (@emiluzelac) is a well-respected member of the WordPress community, especially in the area of WordPress theme development and reviews. When he tried Lightsail he was super impressed with the speed of our instances calling them “by far the fastest I’ve tried”:

As an independent developer and SaaS cofounder, Mike Rogers (@mikerogers0) hasn’t spent a lot of time working with infrastructure. However, when he moved some of his Ruby on Rails projects over to Lightsail, he realized that it was easy (and actually fun) to make the move:

Stephanie Davis (@StephanieMDavis) is a business intelligence developer and honey bee researcher who wanted to find a new home for her writings. She settled on Lightsail, and after it was all up and running she had a “. . . a much, much better grasp of the AWS cloud infrastructure and an economical, slick web host”: 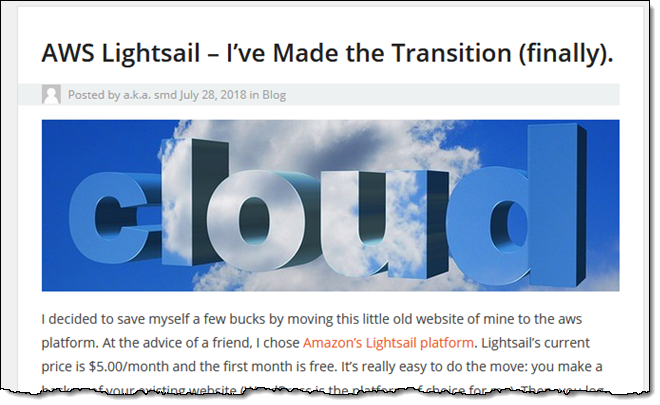 If you have your own Lightsail success story to share, could I ask you to tweet it and hashtag it with #PoweredByLightsail ? I can’t wait to read it!

Some new Lightsail Resources
While I have got your attention, I’d like to share some helpful videos with you! 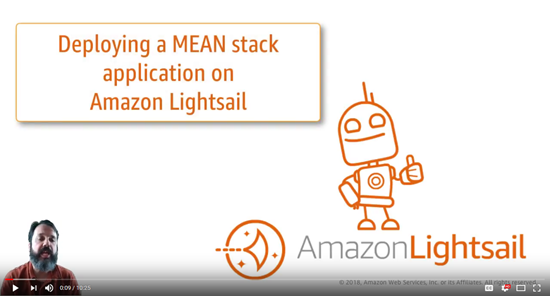 Deploying a WordPress Instance on Amazon Lightsail – Mike shows you how to deploy WordPress: 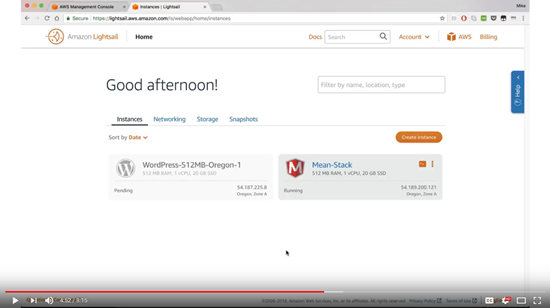 Deploying Docker Containers on Amazon Lightsail – Mike shows you how to use Docker containers: 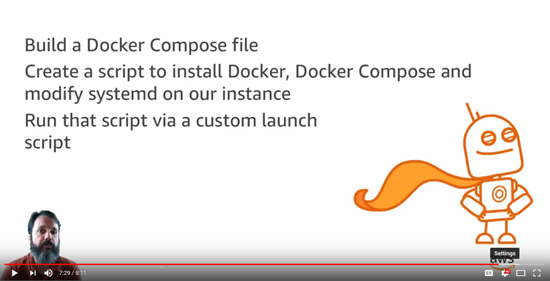