We launched the Amazon Relational Database Service (RDS) almost six years ago, in October of 2009. The initial launch gave you the power to launch a MySQL database instance from the command line. From that starting point we have added a multitude of features, along with support for the SQL Server, Oracle Database, PostgreSQL, and Amazon Aurora databases. We have made RDS available in every AWS region, and on a very wide range of database instance types. You can now run RDS in a geographic location that is well-suited to the needs of your user base, on hardware that is equally well-suited to the needs of your application. 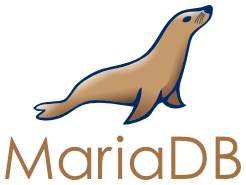 Today we are adding support for the popular MariaDB database, beginning with version 10.0.17. This engine was forked from MySQL in 2009, and has developed at a rapid clip ever since, adding support for two storage engines (XtraDB and Aria) and other leading-edge features. Based on discussions with potential customers, some of the most attractive features include parallel replication and thread pooling.

As is the case with all of the databases supported by RDS, you can launch MariaDB from the Console, AWS Command Line Interface (CLI), AWS Tools for Windows PowerShell, via the RDS API, or from a CloudFormation template.

I started out with the CLI and launched my database instance like this:

Let’s break this down, option by option:

The command displays the following information to confirm my launch:

The RDS CLI includes a full set of powerful, high-level commands. For example, I can create read replicas (rds-create-db-instance-read-replicas) and take snapshot backups (rds-create-db-snapshot) in minutes.

Here’s how I would launch the same instance using the AWS Management Console: 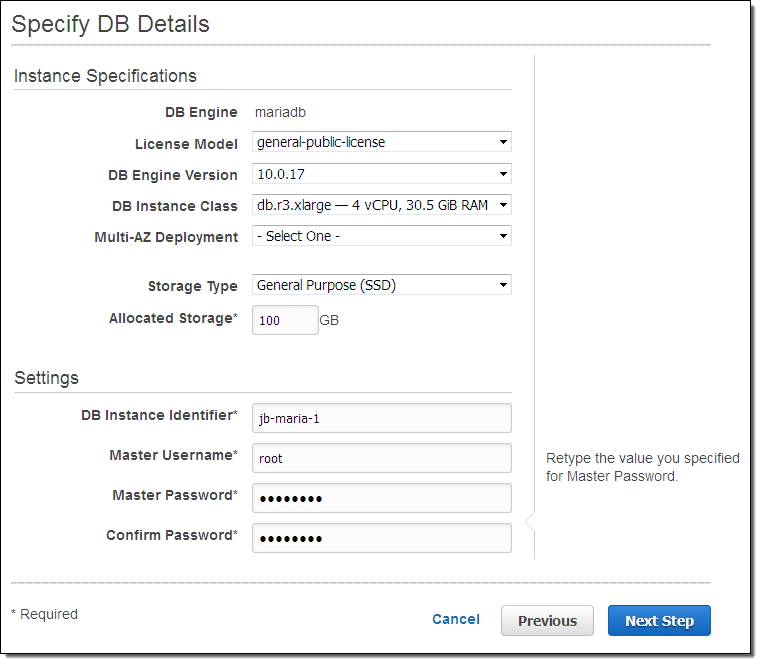 Modified 08/17/2020 – In an effort to ensure a great experience, expired links in this post have been updated or removed from the original post.