We’ve brought AWS Elastic Beanstalk to both of the US West regions, bringing the total to five: 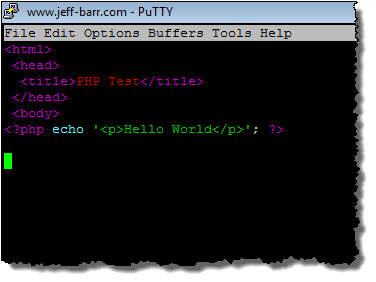 I have recently spent some time creating and uploading some PHP applications to Elastic Beanstalk using Git and the new ‘eb’ command. The process is very efficient and straightforward. I edit and test my code locally (which, for me, means an EC2 instance), commit it to my Git repository, and then push it (using the command git aws.push) to my Elastic Beanstalk environment. I can focus on my code while Elastic Beanstalk handles all of the deployment and management tasks including capacity provisioning, load balancing, auto-scaling, and health monitoring. I wrote an entire blog post on Git-based deployment to Elastic Beanstalk.

You can get started with Elastic Beanstalk at no charge by taking advantage of the AWS Free Usage Tier.