AWS in Action – Behind the Scenes of a Presidential Campaign

Now that the 2012 US Presidential Election is over, I’d like to take you behind the scenes and tell you a bit about the technology that powered President Obama’s successful reelection campaign!

To set the stage, imagine setting up the technology infrastructure needed to power a dynamic, billion-dollar organization under strict time limits using volunteer labor, with traffic peaking for just one day, and then shutting everything down shortly thereafter.

The words “mission critical” definitely apply here. With the opportunity to lead the United States as the prize, the stakes were high.

Cloud Computing for the Win
The campaign’s technology team built, deployed, ran, and scaled up their applications on AWS. After the election, they backed it all up to Amazon S3 and scaled way, way down.

The campaign used AWS to avoid an IT investment that would have run into the tens of millions of dollars. Along the way they built and ran more than 200 applications on AWS, scaled to support millions of users. One of these apps, the campaign call tool, supported 7,000 concurrent users and placed over two million calls on the last four days of the campaign. Here’s a graph which depicts the growth in call volume in the days leading up to the election: 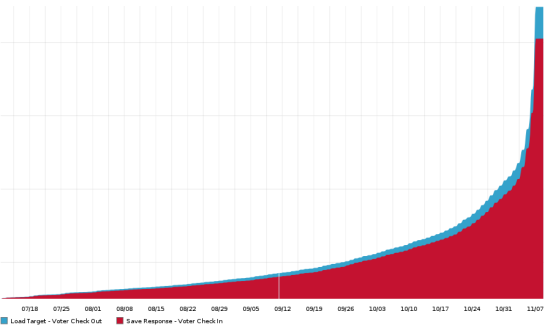 Data is Key
A database running on Amazon RDS, served as the primary registry of voter file information. This database integrated data from a number of sources including www.barackobama.com and donor information from the finance team) in order to give the campaign managers a dynamic, fully-integrated view of what was going on. Alongside this database, an analytics system running on EC2 Cluster Compute instances (cc2.8xl).  Another database cluster ran Leveldb on a trio of High-Memory Quadruple Extra Large instances.

This array of databases allowed campaign workers to target and segment prospective voters, shift marketing resources based on near real-time feedback on the effectiveness of certain ads, drive a donation system that collected over one billion dollars (the 30th largest ecommerce site in the world).

Complex Applications
The applications run by the Obama campaign are comparable in scope and complexity to those seen in the largest enterprises and data-rich startups. For example:

Learn More at re:Invent
We’ve assembled an impressive “Big Data and the US Presidential Campaign” panel for AWS re:Invent.  You’ll get to hear from the people who built and ran the applications described above: 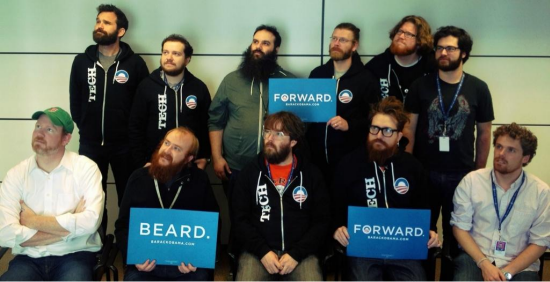 I am looking forward to learning even more about their use of technology to help win the election.