We’ve made some important updates to Amazon Cognito! As you may already know, this service makes it easy for you to save user data such as app preferences or game state in the AWS cloud without writing any backend code or managing any infrastructure.

Developer-Oriented Access to the Sync Store
The Cognito sync store lets you save end-user data in key-value pairs. The data is associated with a Cognito identity so that it can be accessed across logins and devices.  The Cognito Sync client (available in the AWS Mobile SDK) uses temporary AWS credentials vended by the Security Token Service. The credentials give the client the ability to access and modify the data associated with a single Cognito identity.

This level of access is perfect for client apps, since they are operating on behalf of a single user. It is, however, insufficiently permissive for certain interesting use cases. For example, game developers have told us that they would like to run backend processes to award certain users special prizes by modifying the data in the user’s Cognito profile.

To enable this use case, we are introducing developer-oriented access to the Cognito sync store. Developers can now use their AWS credentials (including IAM user credentials) to gain read and write access to all identities in the sync store.

The detailed post on the AWS Mobile Development Blog contains sample code that shows you how to make use of this new feature.

Updated AWS Console Interface
On a related note, the AWS Management Console now allows you to view and search (by Identity ID) all of the identities associated with any of your Cognito identity pools: 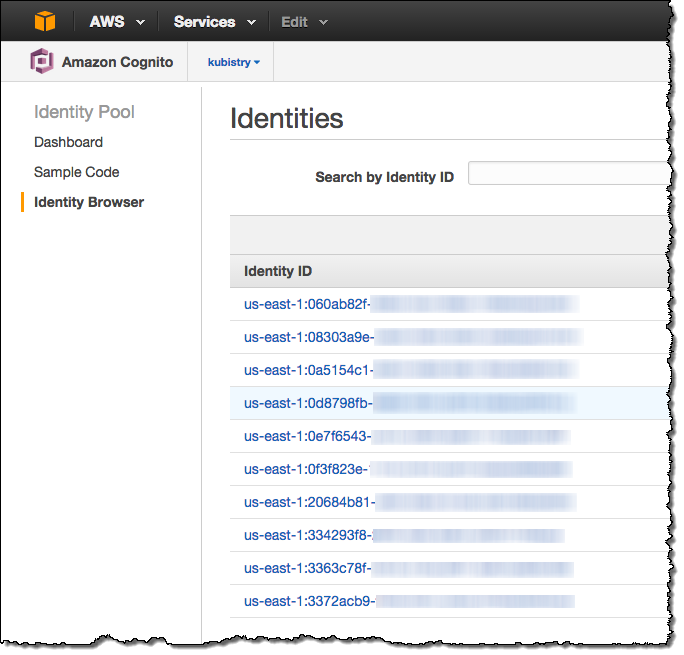 You can also view and edit their profile data from within the Console: 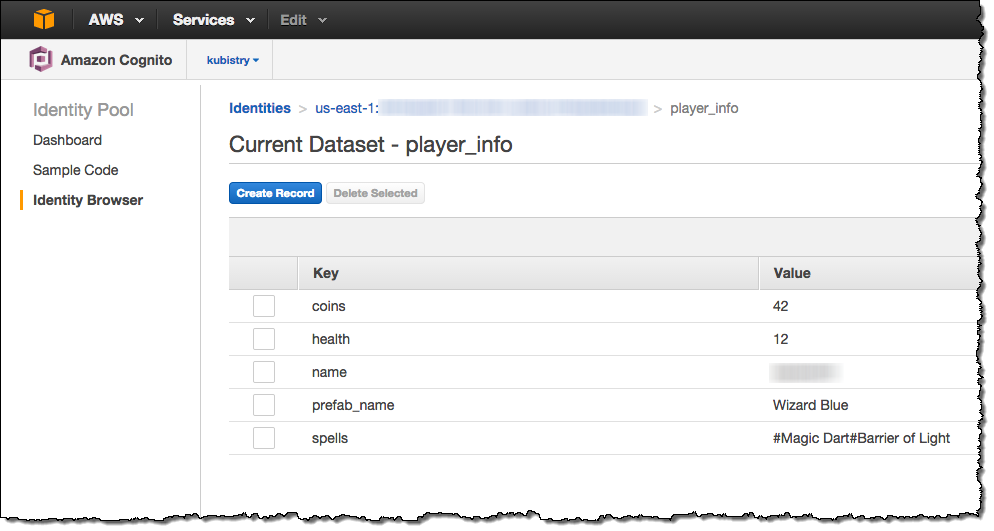 Identity Pool Role Association
The updated console also simplifies the creation of IAM roles that are configured to access a particular identity pool. Simply choose Create a new IAM Role when you create a new identity pool (you can click on View Policy Document if you would like to see how the role will be configured): 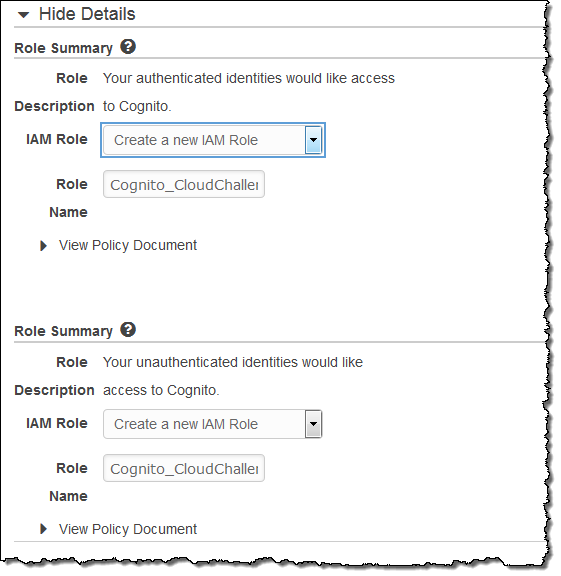 Cognito saves the selected roles and associates them with the pool. This gives Cognito the information that it needs to have in order to be able to show you the “Getting Started” code at any time: 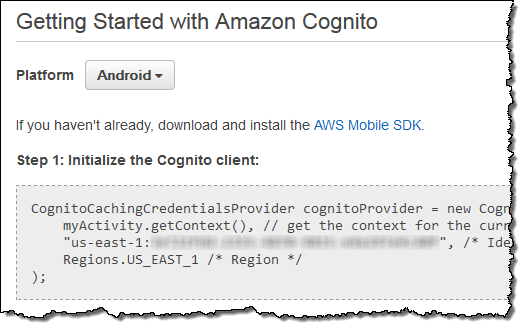 Simplified SDK Initialization
Because Cognito now saves the roles associated with a pool, you can now initialize the SDK without passing the ARNs for the role. Cognito will automatically use the roles associated with the pool. This simplifies the initialization process and also allows Cognito to call STS on your behalf, avoid an additional network call from the device in the process.

Available Now
These new features are available now and you can start using them today! Read the Cognito documentation to learn more and to see how to get started.