Amir of Diversion, Inc. wrote to tell me about his company’s newest release, an AWS-powered Facebook game called FameTown. 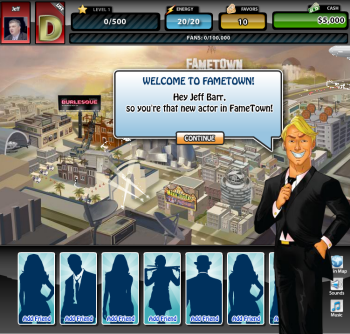 FameTown lets you play the role of a movie star in a digital version of Hollywood. You can start on the D-List (a total unknown) and attempt to progress to the A-List, earning points by completing tasks such as meeting with cast members and directors. You can also improve your social standing by attending parties and charity events, and you can hire agents, assistants, and publicists to further boost your career.

Under the hood, this Facebook game makes good use of AWS and a number of other technologies. Here’s a summary:

I’ve not yet played FameTown (but I will), and I hope that Amir and company have a lot of success with it.