Amazon ElastiCache makes it easy for you to set up a fully managed in-memory data store and cache with Redis or Memcached. Today we’re pleased to launch compatibility with Redis 4.0 in ElastiCache. You can now launch Redis 4.0 compatible ElastiCache nodes or clusters, in all commercial AWS regions. ElastiCache Redis clusters can scale to terabytes of memory and millions of reads / writes per second to serve the most demanding needs of games, IoT devices, financial applications, and web applications.

Launching a Redis cluster in the AWS Management Console or AWS Command Line Interface (CLI) remains simple. I’m going to create a small cluster to play with the new Redis 4.0 features, to use the new version I just select a 4.0 release in “Engine version compatibility”. This will launch, at the time of this writing, a 4.0.10 compatible cluster. 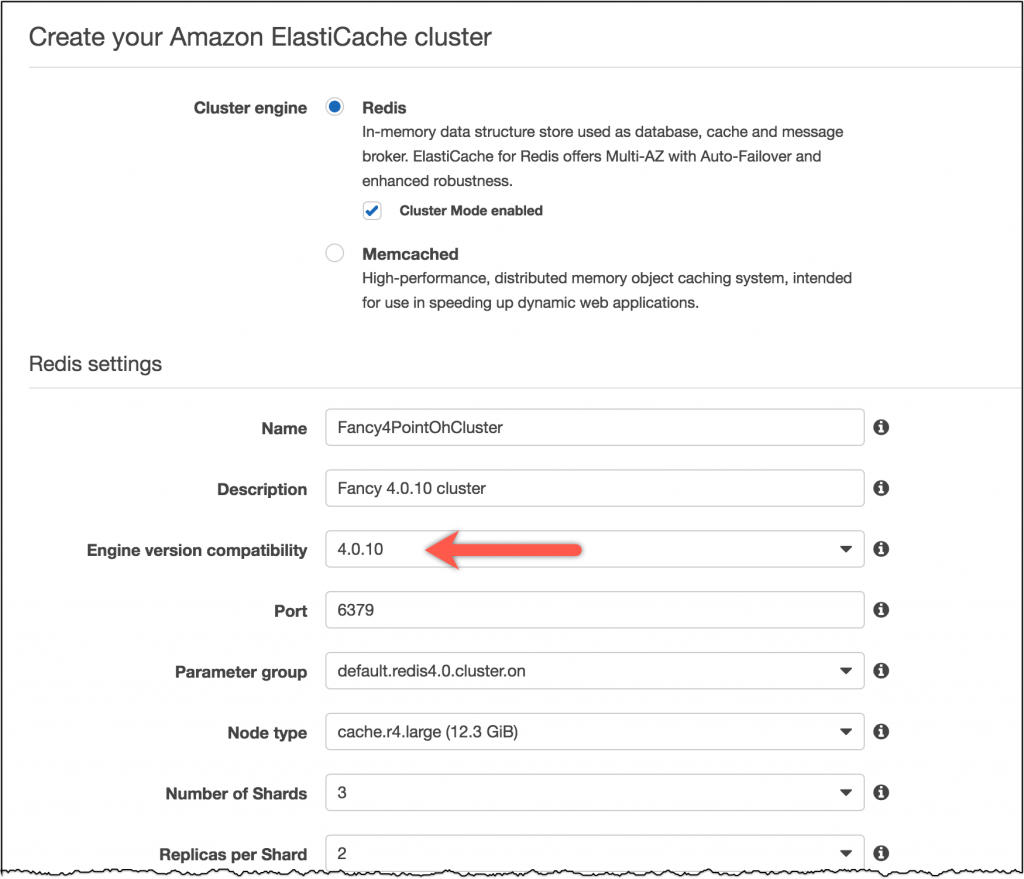 You can find more information in the documentation and in antirez’s blogs/release notes.

We hope customers can take advantage of these new features right away. As always, feel free to leave any comments below or reach out to us on twitter!