This simplifies network configuration, allowing you to treat each container just like an EC2 instance with full networking features, segmentation, and security controls in the VPC.

In this post, I cover how awsvpc mode works and show you how you can start using elastic network interfaces with your tasks running on ECS.

Furthermore, an IPv4 address is allocated to every elastic network interface by the VPC at creation (the primary IPv4 address). This primary address is unique and routable within the VPC. This effectively makes your VPC a flat network, resulting in a simple networking topology.

Previously, ECS relied on the networking capability provided by Docker’s default networking behavior to set up the network stack for containers. With the default bridge network mode, containers on an instance are connected to each other using the docker0 bridge. Containers use this bridge to communicate with endpoints outside of the instance, using the primary elastic network interface of the instance on which they are running. Containers share and rely on the networking properties of the primary elastic network interface, including the firewall rules (security group subscription) and IP addressing.

This means you cannot address these containers with the IP address allocated by Docker (it’s allocated from a pool of locally scoped addresses), nor can you enforce finely grained network ACLs and firewall rules. Instead, containers are addressable in your VPC by the combination of the IP address of the primary elastic network interface of the instance, and the host port to which they are mapped (either via static or dynamic port mapping). Also, because a single elastic network interface is shared by multiple containers, it can be difficult to create easily understandable network policies for each container.

The awsvpc networking mode addresses these issues by provisioning elastic network interfaces on a per-task basis. Hence, containers no longer share or contend use these resources. This enables you to:

ECS manages the lifecycle and provisioning of elastic network interfaces for your tasks, creating them on-demand and cleaning them up after your tasks stop. You can specify the same properties for the task as you would when launching an EC2 instance. This means that containers in such tasks are:

­This also enables you to run multiple copies of the same task definition on the same instance, without needing to worry about port conflicts. You benefit from higher performance because you don’t need to perform any port translations or contend for bandwidth on the shared docker0 bridge, as you do with the bridge networking mode.

If you don’t already have an ECS cluster, you can create one using the create cluster wizard. In this post, I use “awsvpc-demo” as the cluster name. Also, if you are following along with the command line instructions, make sure that you have the latest version of the AWS CLI or SDK.

The only change to make in your task definition for task networking is to set the networkMode parameter to awsvpc. In the ECS console, enter this value for Network Mode. 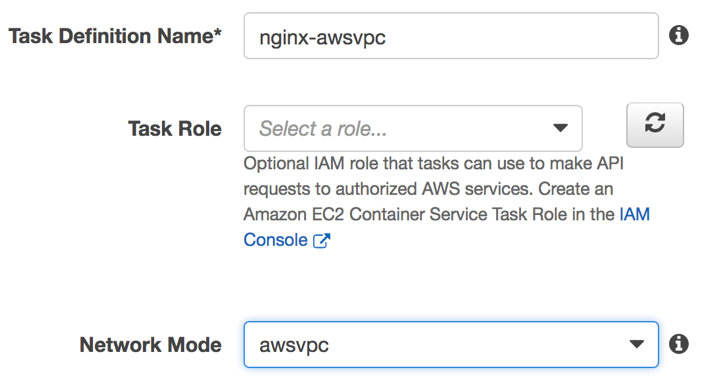 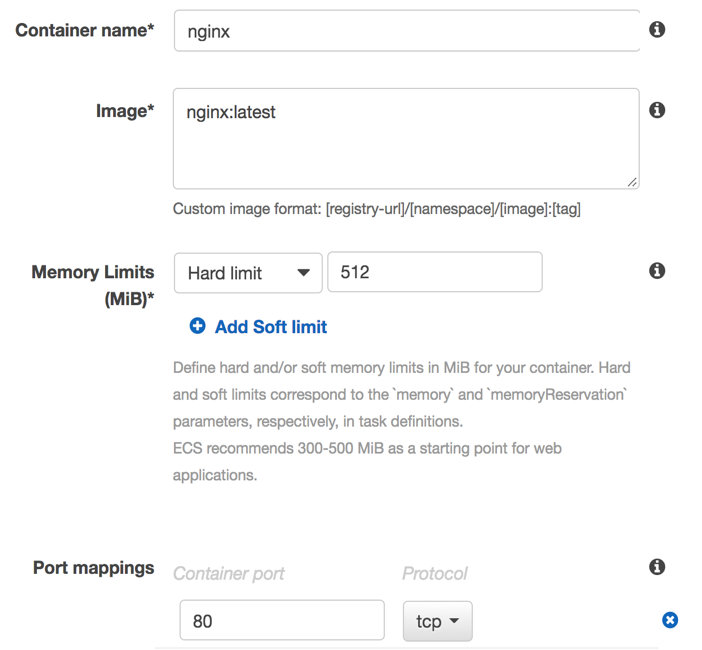 This creates a task definition named “nginx-awsvpc" with networking mode set to awsvpc. The following commands illustrate registering the task definition from the command line:

To run a task with this task definition, navigate to the cluster in the Amazon ECS console and choose Run new task. Specify the task definition as “nginx-awsvpc“. Next, specify the set of subnets in which to run this task. You must have instances registered with ECS in at least one of these subnets. Otherwise, ECS can’t find a candidate instance to attach the elastic network interface.

You can use the console to narrow down the subnets by selecting a value for Cluster VPC: 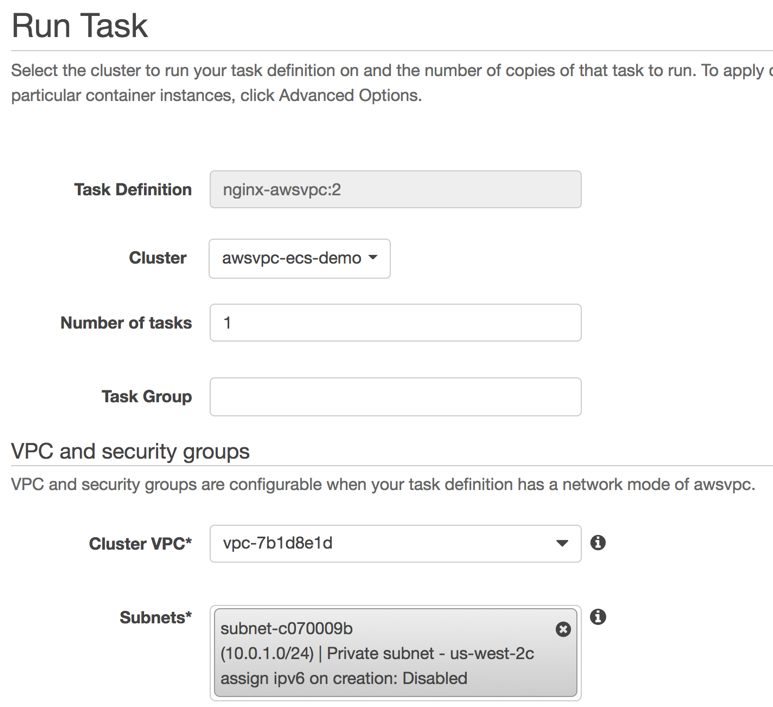 Next, select a security group for the task. For the purposes of this example, create a new security group that allows ingress only on port 80. Alternatively, you can also select security groups that you’ve already created. 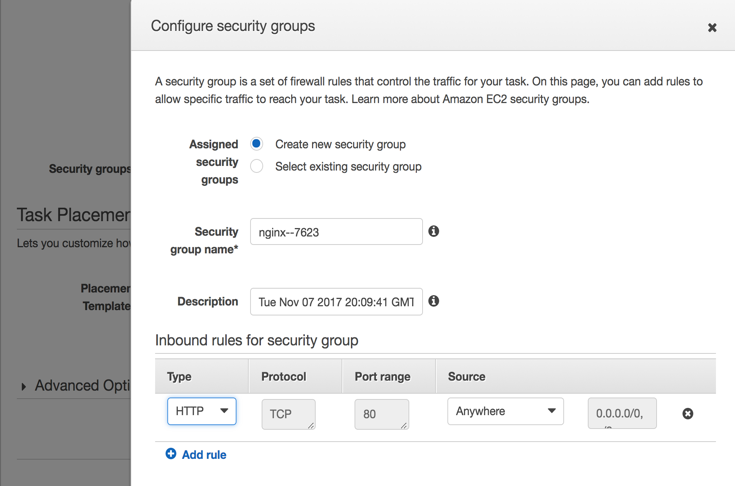 Next, run the task by choosing Run Task. 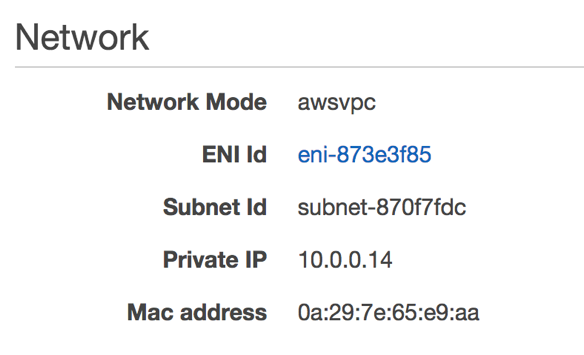 You can also use the command line to do this:

When you describe an “awsvpc” task, details of the elastic network interface are returned via the “attachments” object. You can also get this information from the “containers” object. For example:

The nginx container is now addressable in your VPC via the 10.0.0.35 IPv4 address. You did not have to modify the security group on the instance to allow requests on port 80, thus improving instance security. Also, you ensured that all ports apart from port 80 were blocked for this application without modifying the application itself, which makes it easier to manage your task on the network. You did not have to interact with any of the elastic network interface API operations, as ECS handled all of that for you.

You can read more about the task networking feature in the ECS documentation. For a detailed look at how this new networking mode is implemented on an instance, see Under the Hood: Task Networking for Amazon ECS.

Please use the comments section below to send your feedback.